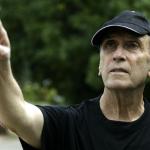 The Nation has enjoyed a long and deep relationship with IPS and its fellows. Raskin and Wilkins have served for many years on our editorial board, helping to guide our reporting, with Ehrenreich joining more recently. Katrina vanden Heuvel, The Nation’s publisher and editor, is a member of the IPS board, and IPS fellows and associates have been frequent contributors to The Nation. In 2008 IPS collaborated with us to produce a prescient and award-winning special issue on “The New Inequality” [June 30]. We are proud to join in celebrating this vital institution.

IPS was formed just as New Frontier idealism was beginning to curdle into Vietnam War disillusion. It was the brainchild of Raskin and Barnet, then brilliant young officials in the Kennedy administration. The legend is that they met when John McCloy, the dean of the establishment, opened a meeting on arms control attended by Pentagon officials, national security mandarins and military contractors by saying, “If this group cannot achieve disarmament, no one can.” Marc and Dick, the only two who laughed at the absurdity of the statement, bonded—and went on to create the institute. Its start-up funding came from Sears heir Philip Stern, banking heir James Warburg and Fabergé cosmetics founder Samuel Rubin, later supplemented by a generous endowment from Wall Street whiz Daniel Bernstein. IPS refused to take money from the government, to be free to “speak truth to power.”

But as the war deepened and the civil rights movement expanded, the institute’s founders came to realize that power often knows the truth. The question, as Nation national affairs correspondent William Greider titled one of his books, is “Who will tell the people?” IPS would do just that, growing into a hub for progressive activism and inquiry. Legendary civil rights activist Bob Moses found a home there. Raskin, Barnet and Waskow became leaders in the antiwar movement. IPS published The Vietnam Reader, which became the basic text for teach-ins across the country. Saul Landau created a body of engaged documentary filmmaking focused on Latin America that educated a generation of activists. From the women’s movement to the anti–nuclear weapons campaigns, IPS became a center of ideas, energy and activism.

And the movement in turn helped deepen the institute’s commitment to critical thinking. Raskin led the search for what he called “new ways of knowing,” making the case for social reconstruction and nonviolent, radical transformation that went far beyond reform but avoided the paroxysm of revolution. Barnet and Raskin elaborated their critique of America’s emerging national security state, warning of the perils that would plague a nation committed to constant foreign intervention. In his path-breaking book Global Reach, Barnet accurately described the challenge posed by global corporations and the economy they were forging. Orlando Letelier, a leading figure in Salvador Allende’s left-wing government in Chile, joined IPS after the US-inspired 1973 coup that overthrew him. In a prophetic 1976 Nation article—published just one month before his shocking car-bomb assassination on the streets of Washington, carried out by Pinochet’s goons—Letelier warned of the drastic purgatives inflicted on the Chilean people by the Chicago School of economists trained by Milton Friedman. Letelier’s piece was among the first to detail the dangers of the neoliberal doctrines that the “Washington Consensus” would enforce first on the developing world and eventually on the so-called First World [see Letelier, “The ‘Chicago Boys’ in Chile: Economic ‘Freedom’s’ Awful Toll,” August 28, 1976]. In 1974, IPS founded the Transnational Institute, in Amsterdam (Letelier was its director before his assassination), which, among other initiatives, provided ideas and energy for the European revolt against nuclear weapons. The Transnational Institute also developed, with Jamaica’s Michael Manley and Tanzania’s Julius Nyerere, the case for a New International Economic Order, torpedoed by Reagan after his 1980 election. IPS’s William Arkin did path-breaking work exposing the scope of the nuclear weapons complex, while the institute sponsored an exchange with Mikhail Gorbachev after he became the Soviet leader in 1985, exploring unconventional disarmament ideas.

Alongside its development of critical thinking, IPS incubated the Government Accountability Project and the Institute for Southern Studies, and it helped provide initial support for Mother Jones magazine. Susan George became a leader of the global movement against the global trade regime. Roger Wilkins sparked the Free South Africa Movement. Robert Borosage founded the Center for National Security Studies and the Campaign for America’s Future. Rosa DeLauro led the IPS-inspired Countdown ‘87, which pushed to defund the covert US war against Nicaragua. John Cavanagh, who has served as IPS’s director for fifteen years, is one of the few great masters of progressive coalition-building, providing the glue, vision and boundless energy that has held together many alliances—across international borders and various issues. Today he and Sarah Anderson continue to be leaders in the fair trade movement and are spearheading the drive for a financial transactions tax.

Through the years, the institute has often paid the harsh price that comes from questioning official folly. Raskin, along with Benjamin Spock, William Sloane Coffin and others, was prosecuted for challenging the Vietnam War draft and earned a place on Nixon’s enemies list. The FBI dispatched more than seventy agents to infiltrate the institute, attend seminars, intercept mail, search garbage and reconstruct typewriter ribbons. The CIA opened the institute’s mail. The most brutal attack of all was, of course, the car-bomb murder of Letelier and IPS development associate Ronni Karpen Moffitt. The IPS response, under the leadership of Landau, was to prove to the FBI and the world that the Chilean secret police had targeted Letelier; eventually several of the killers, including the head of the Chilean secret police, would be convicted of the assassination. In the 1980s, right-wing legislators combined with neoconservative McCarthyites to slur IPS as an “apologist for Soviet expansionism.” The institute’s response was to create the Washington School, welcoming thousands of federal officials and congressional aides to evening classes taught by leaders of Congress, the Washington media and prominent intellectuals.

Even as IPS was being surveilled and slimed, the right flattered it through imitation, with the Heritage Foundation created explicitly to counter IPS’s influence. Today, Heritage provides a multimillion-dollar home for the New Right; the American Enterprise Institute is a center for the Fortune 500; the Brookings Institution, for executive branch managers; and the Center for American Progress, for the Wall Street wing of the Democratic Party. On a much smaller budget, IPS remains, in the words of I.F. Stone, the “institute for the rest of us.”

On October 11–13, IPS will mark its fiftieth anniversary with a characteristically rich weekend of seminars, poetry, movies and lectures in Washington (go to ips-dc.org/events/ips_50th_anniversary_celebration to see the agenda, get tickets and contribute). Even as it pays tribute to its remarkable past, the Institute for Policy Studies will be charting its course for the future. Along with progressives across the country, The Nation is proud to celebrate IPS’s first fifty years, as we eagerly look forward to the next fifty.