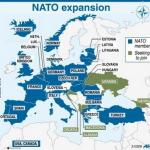 Is the Russian occupation of the Crimea a case of aggressive expansionism by Moscow or aimed at at blocking a scheme by the North Atlantic Treaty Organization (NATO) to roll right up to the Russia’s western border? WikiLeaks has revealed a secret cable describing a meeting between French and American diplomats that suggests the latter, a plan that has been in the works since at least 2009.

Titled “A/S Gordon’s meeting with policy makers in Paris,” the cable summarizes a Sept. 16, 2009 get-together between Philip Gordon, then assistant U.S. Secretary of State for European and Eurasian Affairs, and French diplomats Jean-David Levitte, Damien Loras, and Francois Richier. Gordon is currently a special assistant to President Obama on the Middle East.

While the bulk of the cable covers an exchange of views concerning Iran, the second to last item is entitled “NATO’s enlargement and strategic concept.” At this point Levitte, former French ambassador to the U.S. from 2002 to 2007, interjects that “[French] President [Nicholas] Sarkozy was ‘convinced’ that Ukraine would one day be a member of NATO, but that there was no point in rushing the process and antagonizing Russia, particularly if the Ukrainian public was largely against membership.” Gordon goes on to paraphrase Levitte’s opinion that, “the Bucharest summit declaration was very clear that NATO had an open door and Ukraine and Georgia have a vocation in NATO.”

Levitte is currently a fellow at the conservative Brookings Institute.

At the April 2008 NATO summit in Romania, Croatia and Albania were asked to join—they did so in 2009—and postponed a decision concerning Georgia and Ukraine until December 2008. But in August, Georgian forces attacked the breakaway province of South Ossetia—possibly under the delusion that NATO would come to their aid—setting off a short and disastrous war with Russia. The vote on Georgia and Ukraine was shelved both by that war and a Gallup Poll indicating that 40 percent of Ukrainians considered NATO a threat, while only 17 percent had a favorable view of the alliance.

The move by NATO to extend the alliance to the Russian border is a controversial one that violates the spirit, if not the letter, of a February 1990 agreement between then Soviet leader Mikhail Gorbachev, U.S. Secretary of State James Baker, and Chancellor Helmut Kohl of Germany.

The issue at the time was Germany and NATO. Under the treaty ending World War II, the Soviets had a right to keep troops in Eastern Germany. The U.S. and the Germans were trying to negotiate a reunion of the two Germanys that would remove the 380,000 Soviet troops in the East, while maintaining U.S. and NATO forces in the West.

The Russians were willing to exit their troops, but only if U.S. and NATO forces did not fill the vacuum. On Feb. 9, Gorbachev told Baker “any extension of the zone of NATO would be unacceptable.” Baker assured him that “NATO’s jurisdiction would not shift one inch eastward.”

The Baker-Gorbachev meeting was followed the next day by a meeting between Gorbachev and West German Chancellor Helmut Kohl, who assured the Soviet leader that “naturally NATO could not expand its territory” into East Germany. And, in a parallel meeting between West German Foreign Minister Hans-Dietrich Genscher and Soviet Foreign Minister Eduard Shevardnadze, Genscher told Shevardnadze “for us, it stands firm: NATO will not expand to the East.”

But none of the assurances were put in writing and, as the Soviet Union began to implode, the agreement was ignored and NATO forces moved into the old East Germany. Despite Russian President Boris Yeltsin’s complaint that NATO’s eastward march “violated the spirit” of the agreement, Russia was in no position to do anything about it.

As former New Republic editor Peter Beinart notes in The Atlantic, the decision to expand NATO was considered to be “recklessly provocative” by a number of foreign policy experts. “As eminent Cold War historian John Lewis wrote, “Historians—normally so contentious—are in uncharacteristic agreement: with remarkably few exceptions, they see NATO enlargement as ill-considered, ill-timed, and above all ill-suited to the realities of the post-Cold War world.”

But with Russia severely weakened, Cold War triumphalism took over: President Bill Clinton took NATO to war in Yugoslavia in 1995, and put troops into Bosnia. By 1997 Poland, Hungary and the Czech Republic joined NATO, followed in 2004 by seven Soviet bloc countries, including former Soviet republics Latvia, Lithuania, and Estonia. NATO’s “Partnership for Peace” was expanded to include the former Soviet Republics of Ukraine, Georgia, Moldova, Kazakhstan, Armenia, and Azerbaijan.

The recent “bailout” offer to Ukraine by the European Union contained a clause that would have tied Kiev to the EU’s military organization.

In short, Russians feel like they are surrounded by hostile forces, a fact critics of Moscow’s moves in the Crimea should keep in mind.

The danger of pushing a military alliance up to the borders of a potential adversary was made clear this week when NATO began deploying forces in the Baltics and Poland, and the U.S. sent a guided missile destroyer into the Black Sea.

The Pentagon announced it was sending F-16 fighter-bombers and F-15 fighters to Poland and the Baltic States, as well as C-130 transport planes and RC-135 aerial tankers. In the case of Latvia, Lithuania and Estonia, this will result in an increase in NATO forces on Russia’s northern border.

The USS Truxtun is an Arleigh Burke class destroyer armed with cruise missiles and anti-ship Harpoon missiles. Cruise missiles can carry a nuclear warhead. According to the U.S. Navy, the Truxtun’s mission has nothing to do with the crisis in the Ukraine but is simply carrying out joint maneuvers with the tiny Romanian and Bulgarian navies.

It is unlikely that the USS Truxtun will go looking for trouble or that the F-15s and F-16s will play chicken with Russian MIGs and Sukhois, but mistakes happen, particularly when tensions are high. It is exactly the current situation that Gorbachev was trying to avoid back in 1990, and why NATO’s relentless march east puts more than the Ukraine in harm’s way.

[For more of Conn Hallinan's essays visit Dispatches From the Edge. Meanwhile, his novels about the ancient Romans can be found at The Middle Empire Series.]