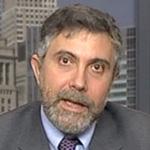 One of the most frustrating aspects of economic debate since 2008 has been the preference of influential people for stories about our troubles that sound serious as opposed to those that actually are serious. The reality, all along, has been that our economy is depressed because there isn’t enough spending, and that what we need is something, almost anything, that increases total spending. But policymakers and pundits want to hear about tough decisions and hard choices, and they just recoil from any suggestion that terrible problems might have easy answers.

The most destructive example is, of course, the deficit obsession that almost completely dominated establishment thinking from late 2009 until very recently, and is still hanging on as a source of bad analysis. Yes, many of the deficit scolds were simply using debt panic as an excuse to dismantle social insurance programs. But many fellow-travelers either sincerely believed that we had a fiscal crisis or felt that it was important to sound as if they believed it, because that was the kind of thing people who make tough decisions and hard choices were expected to say.

As an aside, I think the same kind of policy machismo was an important reason so many people who really, really should have known better supported the Iraq war.

The deficit obsession has faded a bit; but we still have others. And this new EPI report http://www.epi.org/publication/shortage-skilled-workers/   is a useful reminder of the extent to which another doctrine that sounds serious retains a grip on discourse — namely, the notion that we have big problems because our work force lacks essential skills.

This is very much a zombie doctrine — that is, a doctrine that should be dead by now, having been repeatedly refuted by evidence, but just keeps on shambling along. EPI presents some very interesting evidence from a survey of manufacturing, but they’re hardly the first to show that the data don’t at all support the skills-shortage hypothesis. And it’s not just labor-associated think tanks or progressives who have rejected the skill shortage story based on the evidence. The Boston Consulting Group did its own study,and the only hints of a skills shortage it found were in unglamorous skilled blue-collar work:

Some readers may recall that when we finally had a really clear-cut example of a skill so much in demand that wages were soaring, the skill was … operating a sewing machine.http://krugman.blogs.nytimes.com/2013/09/30/a-sew-sew-labor-market/

And Eddie Lazear, very much a Republican, looked at the evidence and reached the same conclusion (pdf).http://www.kansascityfed.org/publicat/sympos/2012/el-js.pdf

The sad truth is that while disasters brought on by inadequate demand have an easy economic answer — just spend more! — the psychology of policy elites is such that they generally refuse to believe in this answer, and look for tough choices to make instead. And the result is that unless something comes along to jolt them out of that mindset — something like a war — the slump goes on for a very long time.
________