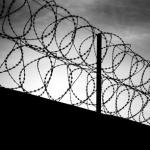 The season of Passover is upon us. One of the most sacred of Jewish observances, it  commemorates the deliverance of the Israelites from their slavery in Egypt. The exodus from Egypt may have taken 40 years, but chains of slavery are far-reaching, and the struggle for justice and liberation is long.

Egyptian-Canadian journalist Mohamed Fahmy, who was the acting bureau chief for Al Jazeera English, just marked his 100th day behind bars in Cairo, one of many journalists arrested and charged as terrorist collaborators simply for doing their jobs. Al Jazeera Arabic journalist Abdullah Al Shamy has been detained for more than 230 days without trial and is in poor health because of his hunger strike.

Egyptian prison cells remain full of detainees, among them female students from Al-Azhar university who were sentenced in absentia and report being physically beaten and sexually assaulted by police and guards.

As Jewish homes in Israel make preparations for their Pesach Seders to commemorate their release from slavery, Israel remains a site of captivity for many. A 2013 report from UNICEF on Children in Israeli Military detention found that every day an average of two Palestinian children are arrested, interrogated and detained by Israeli army, police and security agents. That is an estimated 7,000 Palestinian children imprisoned over the last 10 years.

Sameer Issawi was only 17 years old the first time he was arrested, and as it is for many Palestinians prisoners, resistance against the Israeli occupation is a struggle being fought through generations. His grandfather was a founding member of the Palestinian Liberation Organization (PLO) who was arrested and sentenced to death. His mother was held in prison for six months without ever going to court because she was treating wounded revolutionaries in a hospital. Many of his brothers have served decades behind bars, and his brother Fadi was shot at age 16 by an Israeli soldier during a demonstration.

Sameer gained international attention after a 266-day hunger strike, and his sister Shireen, who is a lawyer, championed his case unrelentingly. It is the love of their homeland Palestine that gives them courage to endure the torturous targeting their family faces. Sameer, who faced death in his fight for freedom and justice, has been released from prison once again. But his brothers remain behind bars, and his sister Shireen is now imprisoned again along with a group of other Palestinian lawyers. Before her arrest at the end of March, Shireen wrote about her conviction in an article for International Women's Day. Words written in freedom, hopefully remembered and sustaining her as she now remains captive behind bars:

"We suffer an ugly military occupation of our land, our lives and our very existence in Palestine. But like my mother, I shall endure the pain and agony for the liberation of my motherland."

It is a courage also known by the Jewish people and built into their traditions. The components of the Seder meal speak eloquently of their own reverence for liberation. The egg whose shell becomes hard when cooked symbolizes the Jews' determination not to abandon their beliefs under the oppression by the Egyptians and the bitter herbs are a reminder of the bitterness of slavery.

The salt water represents the slave's tears, tears that have been shed for centuries and are still being poured out today. The legacy of oppression is indeed bitter and widespread. Many African countries continue to pay colonial tax to France for the benefits of slavery and colonization, and legacies of racism are still seen everywhere.

July 2 will mark the 50th anniversary of the Civil Rights Act of 1964. For the United States, it's an important piece of legislation on the long march toward racial justice, but the shackles of slavery are still holding firm in the mass immigration detentions and deportations and the over-representation of people of color behind bars.

The world recently took a moment to remember the destructive power of racism as it marked 20 years since the Rwandan genocide. As a tragedy is recalled, two unlikely heroes emerge, Alice Mukarurinda, who lost her daughter and her hand during the conflict, and Emmanuel Ndayisaba, who used a machete on Alice, her daughter and many others. Emmanuel had never killed before the genocide started, and for his role in more than a dozen deaths, he was in prison from 1997 to 2003, when he was pardoned for admitting his guilt. Today, remarkably, Emmanuel and Alice are friends who both work for an organization that builds houses for genocide survivors. Theirs is a story of true forgiveness, healing and liberation.

Such stunning reconciliation is starkly contrasted against the unforgiving sentences and policies of North American incarceration. Albert Woodfox is the last of "The Angola Three" behind bars at Louisiana State Penitentiary. He has been in solitary confinement for more than four decades, something the United Nations Special Rapporteur has denounced as torture.

The two other members of the Angola Three had their convictions overturned, but only after Herman Wallace had already spent 41 years in solitary confinement even while battling cancer - and he died just a day after his release.

Countless deaths needlessly take place behind bars, silenced under our modern-day slavery. Lucia Vega Jimenez was a Mexican woman who died in the custody of the Canadian Border Services Agency. She hung herself while in immigration detention and died eight days later in December of 2013. She is just one of several suicides, abuse victims and cases of discrimination that result from immigration policy.

In 2012, 26-year-old Canadian Julie Bilotta was forced to give birth on the floor of an Ottawa jail cell, while her cries for help were ignored. Her son Gionni was born premature and with respiratory issues. His traumatic birth while his mother was in a segregation cell did not offer him the healthiest start in life, and he died 13 months later.

Yes, slavery is bitter. Poignant then is the Passover feast, which invites us to remember the long history of persecution suffered. Jesus chose the Passover meal as his last supper and the tradition of the Seder meal is often recreated in solidarity with oppressed people.

Jesus, whose Easter death and resurrection is the cornerstone of the Christian faith, would perhaps morn the ways in which Christianity continues to be used as a tool of oppression and confinement. Uganda's antihomosexuality act of 2014 can be largely traced back to the evangelistic efforts of conservative Christian missionaries from the United-States. The law, which was originally meant to sentence gays to death, as it stands now, can sentence homosexuals to life imprisonment.

The act was signed into law by President Yoweri Kaguta Museveni February 24. On March 11, the Ugandan Civil Society filed a petition against the act at Uganda's Constitutional Court. The petition challenges the passing of the bill and seeks injunctive relief pending the outcome of the court case. In the meantime, many fear for their lives and liberty.

Passover is also known as the Festival of Freedom. David Gilbert was a Jewish boy born in Boston who eventually went underground to help build "The Weathermen," a radical movement created to resist war and racism. Before going underground, David cashed in his Israeli bonds and used half for the Weather and half for the Black Panther bail fund.

The group was committed to radical action in protest against the tyranny of America's unchecked murderous imperialism, both domestically with members of the Black Panthers and also abroad during the Vietnam war. For his role in a botched armoured car robbery, David was sentenced to 75 years behind bars. To this day, he is still behind bars at Auburn Prison in NY, where he remains a committed activist - having created health and advocacy programs for his peers on the inside - and a prolific collaborator, working with his peers on the outside for prisoners' rights.

In his book, Love and Struggle, which he penned from prison, David wrote of the Zionist turn against Palestinians:

"For myself and many other Jews in the movement, the bedrock lesson from the Holocaust was to passionately oppose all forms of racism; we could never join in the oppression of another people."

David has a son who was only a baby when he went to jail. He has been in prison for thirty-two of the thirty-three Passover seasons that his son has been alive. Unless he is pardoned or his conviction is overturned, he will likely die behind bars without ever celebrating a Passover feast with his son in freedom.

Let us take pause then during this season of Pesach to reflect on who remains captive in the bonds of slavery and incarceration and our collective responsibility toward fostering freedom for all. In the words of the Bible's 1st Corinthians 5:8: "Therefore let us keep the feast, not with old leaven, nor with the leaven of malice and wickedness, but with the unleavened bread of sincerity and truth."

[Samantha Sarra is a journalist and activist and one of the principal investigators on Bonding Through Bars, an International Research Roundtable at the Peter Wall Institute for Advanced Studies at the University of British-Columbia. She is the writer in residence for several prison health conferences and a community advocate in maternal health. She is also a mother whose daughter knows more protest chants than nursery rhymes.]