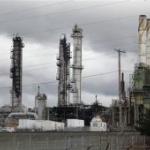 It was the state's worst industrial accident in nearly 50 years.

On a chilly April night in 2010, a giant fireball lit up the sky above Anacortes, Washington. A southeast wind pushed a plume of black smoke toward the heart of this seaside town an hour north of Seattle.

Just after midnight, 911 calls poured in https://soundcloud.com/kuowjohnryan/skagit9-1-1 from residents shaken from their sleep.

Caller: "I'm trying to find out what's going on at the refinery."

Dispatch: "We don't know at this point, sir."

Caller: "All I can tell you is I live 2 « miles from it, and the explosion was hard enough to rock my house, and there's one hell of a fire going there."

That explosion at the Tesoro refinery on the outskirts of Anacortes killed seven workers.

Refinery owner Tesoro agreed to pay millions to families of the dead, but the company continues to fight government accusations that it willfully put its workers in harm's way. The families have also sued Lloyd's Register Energy Americas, a company that advised Tesoro on how to inspect the refinery's maze of high-temperature, high-pressure machinery. 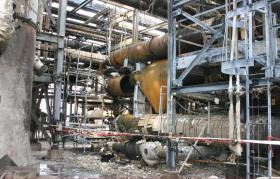 A ruptured heat exchanger at the Tesoro-Anacortes refinery in 2010.
Credit Chemical Safety Board

With legal proceedings still under way, it remains unclear whether government will hold anyone responsible for the human cost of Tesoro gasoline.

State efforts to penalize Tesoro have stalled on appeal. Federal prosecutors are attempting to go after Tesoro under environmental laws, which are tougher than the nation's workplace-safety laws.

Yet, the Obama administration's attempt to impose criminal penalties has made little headway. Four years after the explosion, no one has been charged with any crimes.

Listen to 911 calls responding to the explosion:

After a six-month investigation, the Washington Department of Labor and Industries accused Tesoro of willfully breaking the law 39 times. In October 2010, the agency hit Tesoro with the biggest workplace-safety fine in state history: $2.39 million.

That penalty made headlines, and it might sound like a strong deterrent to any company running a dangerous operation. But to a Fortune 100 company like Tesoro, a couple million is petty cash. The San Antonio, Texas, firm brings in that much revenue in about half an hour.

Still, Tesoro attorneys have appealed the penalty, and they've been fighting it for the past three and a half years before a judge with a little-known state agency, the Board of Industrial Insurance Appeals.

Last year, Judge Mark Jaffe overturned 28 of Tesoro's 39 alleged willful violations of state law. He also slashed more than two-thirds off that record fine. It's now down to $685,000 and could go lower. He's expected to make his final decision next year.

It's par for the course for major industrial accidents in the United States. Companies are often able to whittle down or at least delay the consequences of their unsafe workplaces.

"It takes a long, long time for these ultimately to be resolved," said Rick Gleason, a lecturer at the University of Washington and former state workplace-safety inspector. "The appeals process can go on for many years."

In one of his rulings, Jaffe said Tesoro didn't deserve seven penalties, at $55,000 apiece, for not providing workers appropriate fireproof clothing. Seven workers were gathered near a superheated tank of petrochemicals to restart it - one of the most dangerous operations in any refinery - when it blew up.

Jaffe said there was no clothing appropriate for such a deadly explosion.

Tesoro bought the Anacortes refinery from Shell in 1998. Within a year of the 2010 explosion, families of the dead sued both companies. The big oil companies reached out-of-court settlements with the families.

The details are still being negotiated, but attorney David Beninger, who is representing the families, said the oil companies have paid out about $39 million. The companies' liability insurance will cover an undisclosed portion of the bill.

From his office on the 67th floor of Seattle's Columbia Tower, Beninger said compensating victims is only one purpose of the wrongful-death lawsuits he brings. The other is deterrence.

"To hold the right people responsible for the right reasons," Beninger said, "and that makes it all safer for all of us."

Yet why would Tesoro agree to pay out tens of millions of dollars but fight a much smaller fine?

Attorneys and spokespeople for Tesoro and for the state declined to be interviewed, but former workplace safety inspector Rick Gleason had a theory.

"It's about your national reputation," said Gleason. "Any time you get cited for a penalty, that becomes a public record, and anyone in the world can see all of the penalties listed, the fact that they were willful violations, not just serious. So it's the worst category."

Attorney Beninger said the Labor and Industries fine could hurt Tesoro's bottom line, despite its relatively modest amount, by driving up the company's insurance rates or hindering its ability to get federal contracts.

Federal agencies are required to screen would-be contractors for their integrity, including their compliance with workplace-safety laws. And the federal government has been good business for the gasoline giant; in 2012, Tesoro sold $321 million of fuel to the Department of Defense.

The families' wrongful-death lawsuit could have let a jury of Skagitonians decide whether Tesoro had willfully caused the deaths of seven of their own.

"This was a case where rather than let them prove willful, deliberate negligence, that they settled with the families," Gleason said.

The average fine for a serious workplace-safety violation in Washington is just $761, about half the national average. Safety advocates have long complained that even the higher federal rates are too low to deter unsafe corporate behavior. Business groups argue that the government should focus on helping prevent accidents rather than penalizing businesses after the fact.

Whatever money the state does collect from Tesoro will go into a pension fund for injured workers and for widows and orphans of workplace-accident victims. Workplace accidents and illnesses killed 65 people in Washington last year.

Though Tesoro declined to comment on its ongoing appeal, the company's annual filing with the Securities and Exchange Commission says the Labor and Industries penalty "will not have a material impact on our financial position."

Whenever an industrial disaster gets discussed in public, the major players seem to agree on one thing: Workplaces should be safer than they are.

When the U.S. Chemical Safety Board presented its long-overdue Tesoro investigation into the Anacortes blast in May, public comment from labor, industry and government representatives echoed the theme.

"No incident is acceptable," said David Miller of the American Petroleum Institute. "Our industry takes every incident seriously."

Hershel Janz was at that meeting too, but he didn't buy their talk. His son Lew Janz, 41, died in that explosion. 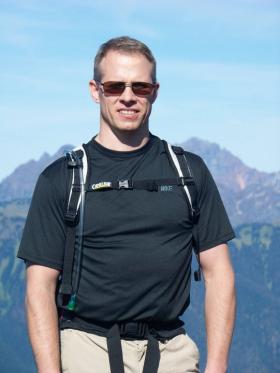 "Accidents are going to continue to happen," Hershel Janz said. "That's just the way it is with the oil industry, paper industry, Boeing, or whatever. You can't totally eliminate accidents or fatalities."

To a Fortune 100 company like Tesoro, $2.39 million is petty cash. Tesoro brings in that much revenue in about half an hour.

Lew Janz was part of a team trying to restart a piece of equipment called a heat exchanger. It had been operating at superheated temperatures for decades without being inspected for the type of corrosion that caused it to explode. Lew Janz had two daughters and a fianc,e when he died.

"I miss that boy as much tonight as I did four years ago, and if I live 40 years from now, I will miss him just as much," Hershel Janz said. "There's just no closure."

Steve Garey, a Tesoro machinist and president of United Steel Workers Local 12-591, said his employer is doing much better at inspecting and fixing old equipment than before the explosion.

"With regulators looking over their shoulder as they are now, that's a good thing for us, a safer situation for us right now," Garey said. "We're concerned the employer may begin to go back to their old ways once the oversight ends."

"There's simply too many injuries, too many fatalities, throughout this industry, all over the country," he said.

According to the Chemical Safety Board, a significant accident occurs at an American refinery once every three days. 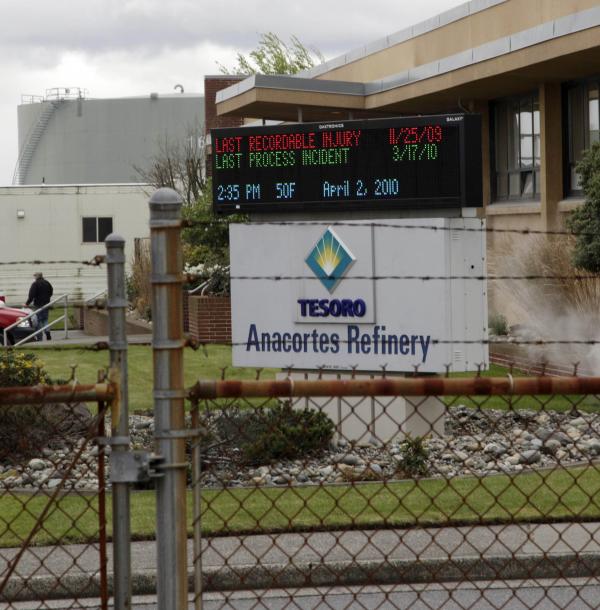 A reader board at the Tesoro refinery in Anacortes shows the safety record of the facility on the day of the blast in April 2010. It had not been updated to include the blast the night before.

The federal government is also attempting to wield a tool it rarely uses in industrial accidents: a criminal investigation.

The investigation by the Justice Department and the Environmental Protection Agency isn't new, but it has been under wraps. Unlike most legal proceedings, what happens before a federal grand jury stays before the grand jury.

While the whole process of bringing federal criminal charges is cloaked in secrecy, companies that trade on the stock market must disclose risks to their investors. Tesoro's filings with the Securities and Exchange Commission have revealed the ongoing criminal investigation.

We don't know whether prosecutors are going after the company or individuals. But we do know the Justice Department has focused on at least two Tesoro managers: inspection supervisor Chuck Bowers and metallurgical engineer James McVay.

That fact came to light when Bowers and McVay's lawyers asked Board of Industrial Insurance Appeals Judge Mark Jaffe to let their clients off the hook from testifying on Tesoro's penalties.

The lawyers said if their clients are forced to testify in Jaffe's court, they would plead the Fifth Amendment to avoid the possibility of incriminating themselves on federal charges.

Neither Bowers nor McVay has been charged with any crime in connection with the blast.

Criminal sanctions are exceedingly rare when it comes to industrial accidents, according to Rick Gleason with the University of Washington.

"Willful, deliberate negligence - that's very, very, very hard to prove, and in the last 103 years that may have only been proven seven or eight times in the entire state of Washington," he said. 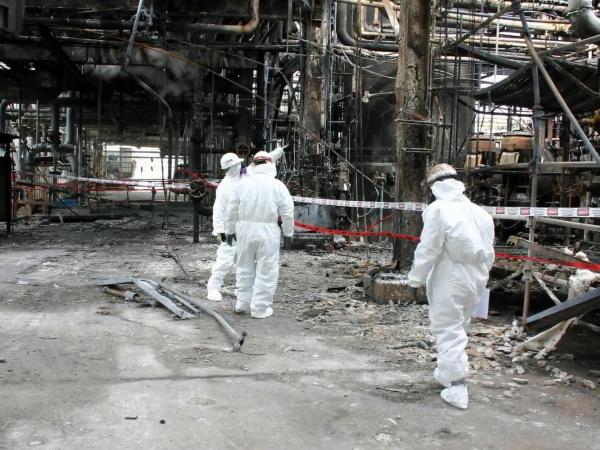 Workplace violations 'that result in death or serious bodily injury should be felonies like insider trading, tax crimes or customs and antitrust violations.'

Just two weeks before the April 2010 explosion, the nation's top workplace safety official told a Congressional hearing his agency needed a bigger hammer. Violating federal workplace-safety laws is only a misdemeanor, even if a worker is killed as a result.

"Employers who refuse to comply with safety and health standards will think again if there's a chance they'll go to jail," said David Michaels, head of the Occupational Safety and Health Administration.

"Serious OSHA violations that result in death or serious bodily injury should be felonies like insider trading, tax crimes or customs and antitrust violations."

Michaels testified in support of a law that would toughen the penalties for endangering workers. It died in committee, leaving federal prosecutors to pursue the Tesoro blast under environmental laws instead of workplace-safety laws.

While Tesoro declined to be interviewed for this story, the company did issue a statement that begins, "Safety remains an integral part of everything we do at Tesoro."

The company says it has improved safety in a variety of ways in Anacortes in the past four years and that it is now "best-in-class" in the refinery industry.

The Justice Department has less than a year to bring any criminal charges in connection with the Anacortes explosion. The five-year statute of limitations runs out next April.