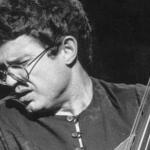 I’d probably only been covering jazz for the Los Angeles Times for a year or so when the phone rang at my desk and on the other end was Charlie Haden.

For a half-second, I was terrified. Was this how I was going to find out that the tiny voice in my head, the one that plagues so many writers, was right all along? Was Charlie Haden, an unquestionable music giant who contributed to a skyscraper’s worth of immortal jazz recordings, the one who finally figured out I was a fraud?

Of course, that wasn’t the nature of this phone call -- or, for that matter, Charlie Haden. Instead, we talked about music. He spoke with a joyful, bebop-like cadence that pushed against his recognizably thin voice -- a wispy reminder of the bulbar polio that afflicted him as a child and eventually claimed his life Friday at age 76.

He was gracious with his time, taking a moment to tell me he enjoyed my writing, that it was a pleasure to read someone he could tell loved music. We talked about that year’s Grammys and how much he treasured the jazz instrumental solo category, because for him, that was the key. That was where you could really hear a person’s voice coming through.

Jazz is by nature a contradiction. No other music is so dependent upon individuality, but it hinges on an interplay with others in a giving, attentive way that emphasizes communication and communion. The single voice is key, but it takes on a rare power within the ensemble. Charlie Haden embodied that duality with a vital and beautiful grace.

Listen to Haden on those landmark early Ornette Coleman albums, which were recorded after his move to Los Angeles in the 1950s. His rich and woodsy tone, buoyed by a childhood steeped in the “hillbilly music” of the Ozarks, provides both an anchor and an engine to a group that was redrawing the boundaries of jazz.

Haden’s sound was another duality in motion, a sturdy guidepost that pointed toward both rhythm and melody. Later, with Keith Jarrett’s “American Quartet,” Haden’s sound seemed to only grow as he was an integral part of a band that continued to push against boundaries.

But as an artist, and above all a human being, Haden wasn’t only interested in revolution on the bandstand. 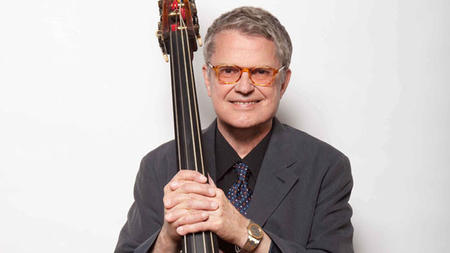 Fueled by a desire to speak out against the actions of the Vietnam War, Charlie Haden formed the Liberation Music Orchestra in 1969. (Uncredited / AP)
A fiery, constantly evolving group that featured the arranging talents of Carla Bley as well as Don Cherry, Dewey Redman and Paul Motian, the record featured songs inspired by the Spanish Civil War. While touring Portugal with Coleman in 1971, Haden’s voice landed him in jail for dedicating the group's piece “Song for Che” to black liberation movements in Mozambique and Angola.

Throughout his career, Haden lent his talents to a variety of projects, including beloved collaborations with Pat Metheny, Brad Mehldau and, maybe most unexpectedly, the odd-angled punk-jazz of the Minutemen. On the 2008 album "Rambling Boy," he explored the country music of his youth with triplet daughters Petra, Rachel and Tanya, along with son Josh (of the noirish indie band Spain). Other recent recordings included the gospel-infused "Come Sunday," two intimately drawn duet albums with Keith Jarrett recorded in 2007 -- the most recent of which was just released under the sadly prescient title “Last Dance” -- and his standards-exploring group Quartet West.

"Time after time," wrote the Red Hot Chili Peppers' bassist Flea in honoring Haden for a 2013 Grammy Lifetime Achievement Award, "I have listened to his recordings, seen him perform, and been touched by the divine truth."

But of all those pursuits, maybe none meant more to Haden as his founding of the Cal Arts jazz program in 1982. His instruction made an impact on generations of jazz artists around the country, including Ravi Coltrane and Ralph Alessi. You could hear his pride and passion for education in Haden’s last live appearance, an inevitably elegiac concert with a student band forming a new iteration of the Liberation Music Orchestra.

That concert in December 2013 was one of the most emotional shows I’ve been fortunate enough to attend. Post-polio syndrome had since ravaged his body and ability to speak, and though he still found a way to express himself through Twitter (environmental and free speech issues were among his favorites), the show was expected to be as much a tribute as a concert, with no real assurances that Haden would be able to talk, much less play.

Somehow, he did both. Every slow walk from his conductor’s chair to the microphone was a treacherous one, and each syllable he spent telling heartfelt stories about Bley, the late bassist Scott LaFaro and even his beloved dog, seemed to take a little more out of him. But Haden couldn’t help himself; he again had to be heard.

It’s no easy thing to be in the company of someone's mortality. There was an invisible clock looming over REDCAT that night in Haden’s true last dance in his adopted home city. In addition to music that included a solo from the master on "Blue in Green," Haden spoke of a love of music, caring for our planet and the value of beauty -- everything most essential to him.

Throughout, Haden’s voice was only a faint, precious wisp, and the entire room leaned toward him to savor every word. Near the end of the night, Haden bowed his head and spoke of his friend and guitarist Jim Hall, who had died not long before the show.

“Don’t understand why life takes beautiful people away,” Haden said, his voice shaking and struggling against a question that ultimately hangs over all of us. “Beautiful people give of themselves.”

I still don't understand either, Charlie. But we treasure all the beauty you leave behind.