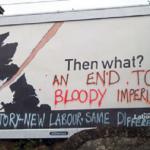 As a senior activist in Unison I have fully supported my union’s approach to the independence referendum.

We did not opt to give the union’s support to either the Yes or the No camps. Instead we sought to clarify the kind of Scotland that we as a union, and our members, wished to see. This was summed up by the title of our publication as A Fairer Scotland.

The fairer Scotland we seek includes principles of democratically accountable public services, sustainable economic growth with social justice, an end to poverty, reducing health inequality, a more equal and greener society and a world, and Scotland, without nuclear weapons.

In our documents we listed a number of specific policies that we supported to achieve these principles. We put these forward as a challenge to the proponents of Yes and No to respond to.

We challenged them to explain how their constitutional proposals would help to achieve the fairer Scotland that we had outlined.

We anticipated that on the basis of their responses our members would be better informed about what choice they should make come September 18.

Since publishing our proposals we have engaged with politicians and activists in both camps.

There have been meetings at Scottish and branch level where the issues were discussed and positions challenged. It has been interesting. It has sometimes been frustrating but it has always been open and democratic.

I believe our starting position of declaring the sort of Scotland we wanted to see rather than the precise constitutional arrangement we favoured was the correct way to approach this issue.

We have helped to ensure that the debate has not just been about national identity or political powers in Edinburgh or London but about how to achieve a fairer Scotland.

However, as intended, Unison members will need to decide how to vote. The ballot paper will not offer the choice of A Fairer Scotland. It will be Yes or No to independence.

I have decided that I will vote Yes.

My reasons are simple. Having considered the debate and the answers to the challenge we put to the two sides I have concluded that the best way to achieve a fairer Scotland is via independence.

This is not simply considering the promises made by the SNP as opposed to the Labour Party or even considering the scare stories from either side about how bad things will be if we vote the wrong way. It is about where the greater opportunities will lie for trade unions like Unison and working people generally to achieve improvements that will lead us in the direction of a fairer Scotland.

The prospect of a Tory government elected at Westminster with Ukip pushing them further to the right is scary. I have children and grandchildren in England. I fear for their future.

Even a Labour victory in the general election however does not promise a shift in the priorities of a Britain that has seen the strength of the bankers and shareholders of the City of London undiminished by the 2008 crash.

In Britain the distribution of wealth and power is all wrong and all the vested interests are so powerful, and the political opportunities so limited, that the prospect of change in favour of working people is slim.

Even if the Labour Party was more radical, more socialist, the challenge would be enormous.

The fact that it is a timid shell of a party with no clear objective, that has sought to weaken the link between it and the trade unions, that continues to seek to represent a
middle class that Thatcher defined rather than a working class whose interests are not the same as the rich, means that there is no credible vehicle to drive through change in Britain. Not in my lifetime.

I believe the opportunities in Scotland will be better. As a trade unionist I look to see where I will be able to negotiate a better deal, recognising that good negotiators are better when they have more influence, more supporters and more clout.

In an independent Scotland the trade unions will be more influential than is possible at a British level. In alliance with voluntary groups, communities, churches and progressive forces in both the No and Yes camps, I believe that we will be able to ensure that decisions taken by government will be more often in favour of working people, of communities, of sustainability, of peace, of justice. They will be fairer.

Political will is required. That is more likely to develop in an independent Scotland.

Partly this is because, having spent years arguing for a better, more just and fairer Scotland, I do not believe all those people and organisations who have participated will let the politicians simply get on with it.

I also believe the kind of Labour Party that is needed to champion the interests of working people is more likely to develop in an independent Scotland than in the current British state.

The Scottish trade unions have it in their power to make sure this happens. If they have the political will.

As a member of the Labour Party I believe the trade unions must ensure the party is reshaped to face the challenge of independence.

That is the case. The difference is that the political will to do something about this can exist in Scotland. It does not exist in Britain.

It will be difficult, no doubt, to stand up to the rich and powerful people who would not shirk from threatening to destroy our economic base if we do not dance to their tune. That is what happened at Grangemouth last year.

The Westminster political class have created an environment where companies can do this.

However in an independent Scotland there is a chance to construct a social solidarity that would say to Ineos and others, we are not prepared to let you destroy our economy, our jobs and our community.

Does this mean that I believe I have more in common with rich Scottish businessmen than with Liverpool or Cardiff workers?

Of course not. My choice is based not on nationalism but on how best to push forward the interests of my class.

Having spent many years in the trade union movement I do not think the prospect of progress exists on an all-British basis. Therefore I see opportunities through a Yes vote that simply do not exist with a No vote.

There are no guarantees. Trade unionists, like everyone else, have to make their minds up. I have made mine up.

There is a better chance, if we are determined, to build a fairer Scotland through independence.