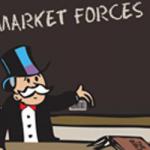 This is Not a Test: A New Narrative on Race, Class and Education
By José Luis Vilson
Haymarket Books, 2014

It’s not news that public education is taking a beating from corporate America. In a now-familiar narrative, it’s teachers and schools who are to blame for failing students — and not poverty, hunger, the lack of health and social services, high rates of family homelessness and all the other challenges created by rampant inequality.

These assumptions drive an emphasis on punishing teachers and schools whose students do poorly on standardized tests for literacy and math. It is the cornerstone of President Obama’s education policy, and is supported by both major parties. For the Democrats, it is a quick and cheap fix to seeing that every child — at least polemically — is in a position to receive an equal education. For the GOP, it’s pure butter, one more way to turn out obedient workers without the capacity to question, let alone challenge, the existing order.

This toxic state of affairs is sparking a torrent of critical writing by teachers and educators who know their way around a classroom much better than the corporate reformers. Out of this ferment come two important new books that tell a different story about what teachers do, what parents want and what children need.

José Luis Vilson is a nine-year veteran math teacher in Upper Manhattan with a degree in computer science. He writes in his highly readable, witty and incisive This is Not a Test: A New Narrative on Race, Class and Education that education specialists touting uniform standards for all students are really “data maniacs” who can only do harm by peddling “outcomes-based” education that relies on standardized test scores. For Vilson, traditional “drill-and-fill” teaching, as well as the new blame-the-teacher-first model, are both anathema to real education. He insists that quality education can’t be achieved by imposing a curriculum that means more test prep and less art, music and sports. That’s a recipe for failure.

He also thinks his fellow teachers can’t leave it at griping about impossible school conditions to their colleagues in the teachers lounge or to their families at home, or even be known solely as critics, but must go beyond “voice” and assume “leadership.” Instead of complaining about why teaching sucks, he says, “let’s talk about why we stay.” He always puts children first.

The book also does yeoman’s work — without once invoking the term identity politics — in drawing out the living links between students’ class, education and race.

In Badass Teachers Unite: Reflections on Education, History and Youth Activism Fordham historian and African American Studies professor Mark Naison can’t speak as a public school teacher, but as a scholar who has spent some 40 years visiting Bronx schools, getting students and teachers interested in the rich vein of local borough history as a way of rediscovering themselves. Like Vilson, Naison knows that teaching the children of the poor takes more than knowledge of subject matter or even lecturing expertise. Educators must forge real connections with each student. What Vilson does in math (yes, math) Naison masterfully does with social studies students and teachers by taking the seemingly abstract and linking it to everyday life in class society.

As Naison puts it, that connection is forged “not by insulating schoolchildren from the forces surrounding them and educating them to escape the neighborhood, but by engaging them in a democratic community planning process along with their teachers, their parents and their neighbors, and by making a problem-centered pedagogy part of the school curriculum.” He wants schools to return to a function they fulfilled to some degree in the past, when they served as centers of their communities.

If that sounds like wisdom ripped from Paolo Freire’s Pedagogy of the Oppressed, you would be right, but it’s no one’s warmed-over cant.

Both Naison and Vilson come with years of experience bringing schooling alive for children whose unstable home lives and disadvantaged communities leave their mark and make traditional education not just a luxury but a dead end. These authors understand that youth can make decisions as rational actors and conclude that what Naison calls “gravitating to the underground economy” offers tangible rewards, while “schooling from above” and non-stop testing in the absence of jobs can have — with the rarest exceptions — no positive effect on their lives.

With a new school year just around the corner, we are fortunate to have educators like Vilson and Naison who understand deeply the reality of struggling urban schools. Their writing can help us see beyond the cookie-cutter solutions of the corporate school reformers to the more difficult path of transforming our public schools one student at a time.