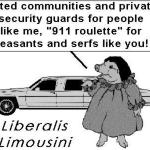 No challenge facing liberalism today is more important — or more difficult — than that of reviving the labor movement. Yet liberals show little enthusiasm for this task. The truth is that liberals and labor leaders bear little regard for one another. Such mutual alienation is an indulgence that neither group can afford.

By “liberals” I mean not the entire left-of-center spectrum but rather the sort of centrist liberals who dominate within the Democratic party. This group is not the same as “the left,” which remains committed to unions, and which today dwells primarily within college faculties, certain church-affiliated groups, and the labor movement itself. (The dividing line between liberals and the left was more obvious prior to the mid-1970s, when the center started drifting rightward.)

Granted, most liberals continue to pay lip service to unions and their importance to the Democratic coalition. But in private, many will tell you that they have little use for them. Julian Zelizer, a Princeton political economist, argues that the marriage between liberalism and organized labor “took a terrible turn starting in the 1970s,” when global competition moved manufacturing jobs from the unionized Northeast and Midwest to the non-union South and, ultimately, abroad. As organized labor lost clout, it lost support within the Democratic party. A striking illustration would be the Democrats’ fair-weather support for the Employee Free Choice Act (“card check”), a partial repeal of Taft-Hartley, the 1947 anti-labor law that largely accounts for why unions declined more precipitously in the United States than in other advanced industrial democracies. In 2008, the Democratic party platform explicitly supported card check, organized labor’s highest legislative priority. But in 2012, after the Democrats were unable to overcome a Republican Senate filibuster against the measure — a filibuster aided by some wavering on the part of moderate Democrats — the card check language went missing, replaced by vague language about “labor laws that provide a fair process for workers to choose union representation.”

Some would locate the origins of the split between liberals and unions a decade earlier, during the 1960s. The Vietnam war divided student protesters who opposed the war from more conservative blue-collar workers who supported it along with the AFL-CIO’s conservative leader, George Meany. Harold Meyerson, the dean of labor journalism today, places the origins of the split earlier still, in a sort of complacency that evolved after labor unions of the 1940s and 1950s helped establish “the first middle-class majority in the history of the world.”

“Two years ago, a leading figure in the labor movement confided to me, in an off-the-record conversation, that he couldn’t stand liberals.”

Regardless of when the estrangement began, it has only intensified over time. The rising importance to liberals of environmentalism introduced new tensions to their relationship with labor unions, which often sought to protect jobs in polluting industries. Liberals also started putting more energy into the multicultural agenda — which grouped people according to race and gender — and less into the pursuit of economic justice (the very phrase has today a slightly antique ring), which grouped people according to social class. The tech industry, which has come to favor Democrats over Republicans in political donations — especially in presidential years — is itself almost uniformly anti-union and, because its products are often used to eliminate lower-level jobs, not much loved by unions.

Two years ago, a leading figure in the labor movement confided to me, in an off-the-record conversation, that he couldn’t stand liberals. Not long after, I observed that the feeling was mutual when I shopped to a number of liberal nonprofit think tanks the idea of starting a project on the future of labor unions. Again and again, it was explained to me that liberal nonprofits were funded by rich people who, though liberal in all sorts of ways, harbored no greater affection for labor unions than their conservative counterparts did.

Today, union density within the private sector has shrunk by so much — it’s now less than 7% — that many liberals equate the word “unions” automatically with “public sector unions” and, most especially, “teachers unions,” which each represent about 35% of their respective workforces.

Granted, public-sector unionism creates certain (resolvable) tensions between the democratic mechanisms of government and the contractual nature of collective bargaining. Teachers unions have provoked particular ire because of their (sometime) resistance to accountability measures. Chicago Mayor Rahm Emanuel and New York Governor Andrew Cuomo, both Democrats, have recently gone to war against teachers unions. But the demonization of teachers unions is overdone. Their track record on supporting school reforms has been mixed at worst, while some of the mechanisms they’ve tended to oppose — for instance, charter schools — have yet to demonstrate much success.

Why must liberals recommit themselves to labor unions, in spite of their imperfections and weakened state?

Mainly because the problem of ever-growing income inequality — a problem that didn’t exist for the half-century prior to 1979 — is intimately associated with labor unions’ decline. If you look at a line tracing the fall and rise in income share for the top 1% during the past century alongside a second line tracing the rise and decline in union membership, you will notice immediately that these lines are mirror images.

To be sure, income inequality has many causes. But the decline in labor’s clout is one of the most significant — more significant, for example, than income-tax policy. Labor income’s share of the non-farm business sector has been dropping since 1960, but it has dropped most precipitously since 2000. A shift in GDP from labor to capital is precisely what you’d expect to see happen as unions’ influence dwindles. It’s also a recipe for the sort of financial instability that’s prevailed in the U.S. economy since the 1980s.

This process won’t reverse itself, so anyone who professes concern about the problem of income inequality and the social problems that derive from it has to worry about the declining clout that workers exercise through labor unions.

“But unions are so adversarial,” a center-left business journalist complained to me not long ago. Plus, others point out, they’ve been plagued over the years with corruption and Mob ties. True enough. But why is it always a given in such discussions that the corresponding evils of management through the years not be deemed relevant? Corruption is unacceptable wherever we find it — not just in unions.

As for adversarialism, there’s little point in complaining about the prevailing culture of labor unions when they’re down to representing fewer than 7% of all private-sector American workers. At those percentages, reviving labor means rebuilding it from the ground up. You don’t like the culture? You can create any culture you like. Time to get started.