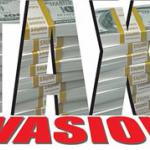 WASHINGTON, Sep 5 2014 (IPS) - New analysis suggests that developing countries are losing a trillion dollars or more each year to tax evasion and corruption facilitated by lax laws in Western countries, raising pressure on global leaders to agree to broad new reforms at an international summit later this year.

These massive losses could be leading to as many as 3.6 million deaths a year, according to the ONE Campaign, an advocacy group that focuses on poverty alleviation in Africa. Recovering just part of this money in Sub-Saharan Africa, the organisation says, could allow for the education of 10 million more children a year, or provide some 165 million additional vaccines.

“Whenever corruption is allowed to thrive, it inhibits private investment, reduces economic growth, increases the cost of doing business, and can lead to political instability. But in developing countries, corruption is a killer” – ONE Campaign

“Whenever corruption is allowed to thrive, it inhibits private investment, reduces economic growth, increases the cost of doing business, and can lead to political instability. But in developing countries, corruption is a killer,” a report on the findings, released Wednesday, states.

“When governments are deprived of their own resources to invest in health care, food security or essential infrastructure, it costs lives, and the biggest toll is on children.”

The new analysis focuses on a spectrum of money laundering, bribery and tax evasion by criminals as well as government officials. The lost money is not development aid but rather undeclared or siphoned-off business earnings – immense tax avoidance resulting in a decreased base from which governments can fund essential services.

International trade offers a key point of manipulation, the report says, with the extractive industries particularly vulnerable. In Africa alone, exports of natural resources grew by a factor of five in the decade leading up to 2012, offering clear prospects for growth alongside lucrative opportunities for corruption on a mass scale.

“Between 2002 and 2011 we saw an exponential increase in illicit financial flows across the globe,” Joseph Kraus, a transparency expert at the ONE Campaign, told IPS.

“Yet while we’re all familiar with corruption in developing countries, it takes two to tango – that money often ends up in the financial centres of the Global North. Those banks, lawyers and accountants are all essentially facilitators of that corruption, so in order to get at the root of this issue we need to go after the problems there.”

Advocates including the ONE Campaign are currently stepping up pressure on industrialised countries to institute a series of across-the-board transparency measures. Some are aimed at corruption in developing countries, such as strengthening disclosure laws impacting on the extractives industry and bolstering “open data” standards to allow citizens increased oversight over their governments’ dealings.

Several other reforms would need to be carried out by developed countries, particularly those housing major financial centres such as the United States and United Kingdom. These would include new standards requiring governments to automatically exchange tax information, to mandate the publication of full information on corporate ownership, and to force multinational corporations to report on their earnings on a country-by-country basis.

In certain circles, such demands have been percolating for years. But current circumstances could offer unusual opportunity for such changes.

“In the last two years we’ve seen an acceleration of this agenda,” Kraus says. “Eighteen months ago, no one was talking about phantom firms or anonymous shell companies. But these issues have gained a lot of momentum in a short period of time, and there is real opportunity coming up.”

This new energy has been motivated particularly by concerns in advanced economies over shrinking government budgets in the aftermath of the global economic downturn. Yet developing countries arguably stand to benefit the most from substantive reforms, provided they’re structured accordingly.

Advocates of such changes are now looking ahead to a summit, on Nov 15 and 16 in Australia, of the members of the Group of 20 (G20) world’s largest advanced and emerging economies as well as two major meetings of finance ministers in the run-up to that event.

The G20 has taken on a primary role in issues of global financial stability and, more recently, in pushing the automatic exchange of tax information between governments. A new global standard on such exchange could be approved by the G20 ministers in November, among other actions.

“For too long, G20 countries have turned a blind eye to massive financial outflows from developing countries which are channelled through offshore bank accounts and secret companies,” according to John Githongo, an anti-corruption campaigner in Kenya.

“Introducing smart policies could help end this trillion dollar scandal and reap massive benefits for our people at virtually no cost. The G20 should make those changes now.”

In fact, many G20 countries have instituted some of these reforms on their own. The U.K. government, for instance, has taken unilateral action on publicising information on corporate ownership, while the United States was the first to pass strong transparency requirements for multinational extractives companies.

While such piecemeal national legislation can spur other countries to action, many feel only a comprehensive approach would have a chance at having a substantial impact. Further, many governments have pledged to act on these issues, but have yet to actually follow through.

“Illicit financial flows are a perfect example of a transnational problem, in that you have two legal regimes in which loopholes are being exploited,” Josh Simmons, a policy counsel at Global Financial Integrity, a Washington watchdog group that supplied data for the new ONE Campaign report, told IPS.

“So when an international cooperative body is able to identify these loopholes, they can get member countries to move in sync to address the situation. But if only one country tries to do so, businesses would probably just move elsewhere.”

Others are looking even more broadly than the G20. A paper released last month by researchers with the Center for Global Development, a think tank here, calls for the inclusion of anti-tax-evasion aims in the new global development goals currently being negotiated under the United Nations.

Indeed, even while there could be real movement at the G20 on several of these issues this year, the work on the other end of this equation – in developing countries – remains onerous.

“We need to get developing countries’ tax systems up to speed, strengthen their financial intelligence units and get their anti-laundering laws up to code. And that is proceeding, but much more under the radar given its complexity,” Simmons says.

“Still, that’s where people are actually bearing the brunt of this problem. Tax avoidance in the United States contributes to the national debt, but in developing countries it’s literally causing people to go hungry.”