As Wealthy Give Smaller Share of Income to Charity, Middle Class Digs Deeper 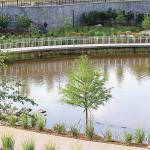 As the recession lifted, poor and middle class Americans dug deeper into their wallets to give to charity, even though they were earning less. At the same time, according to a new Chronicle analysis of tax data, wealthy Americans earned more, but the portion of the income they gave to charity declined.

The Chronicle study found that Americans give, on average, about 3 percent of their income to charity, a figure that has not budged significantly for decades. However, that figure belies big differences in giving patterns between the rich and the poor.

The wealthiest Americans—those who earned $200,000 or more—reduced the share of income they gave to charity by 4.6 percent from 2006 to 2012. Meanwhile, Americans who earned less than $100,000 chipped in 4.5 percent more of their income during the same time period. Middle- and lower-income Americans increased the share of income they donated to charity, even as they earned less, on average, than they did six years earlier.

Charities, however, are still looking to high-income donors for support.

Even though wealthier Americans donated a smaller share of their income, the total amount they gave increased by $4.6-billion, to hit $77.5-billion in 2012, using inflation-adjusted dollars.