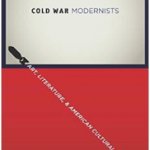 The volume under review, by Duquesne University professor of English Greg Barnhisel, is two books in one. The first is a fact-based,1 meticulously researched narrative of early Cold War international outreach—informational, cultural, and educational—undertaken by the U.S. government and the American private sector, often in close collaboration.

The second book is an intellectually challenging effort to explain United States cultural diplomacy in the late 1940s and early 50s as an expression of "Cold War modernism" that "used modernism for pro-Western propaganda."

First book first. This is an impressive achievement, based on extensive archival research, a close reading of the most important secondary literature, and some key interviews. Barnhisel's slice of history is not new to specialists; but he does disclose elucidating details on the tensions and controversies involving U.S. overseas outreach programs (my term, not his) during the 15 years after World War II. He wisely notes that these programs, run by agencies ranging from the CIA to USIA (United States Information Agency, 1953-1999), were

a large, diverse, and messy set of official and nongovernmental programs… [I]n a government as complex as that of the United States, numerous overlapping offices and agencies and officials collaborate or even work at cross-purposes to achieve the same aims; some bureaucracies die, while others arise from their ashes, and personal rivalries and fiefdoms affect particular programs' and agencies' direction and priority. What this means is that there no "government" per se…

Barnhisel's chapter headings provide an overview of the vast scope of his research:
" 'Advancing American Art': Modernist Painting and Public-Private Partnerships" (about the controversial overseas State Department exhibit held in the late 1940s that was terminated by the USG in large part because its non-representational displays offended some U.S. media, Congress and President Harry Truman, who famously said, "If this is art, I'm a Hottentot");
"Cold Warriors of the Book: American Book Programs in the 1950s," containing a revealing, at times amusing, account of an often tipsy William Faulkner's cultural activities overseas on behalf of the USG;2
"Encounter Magazine and the Twilight of Modernism" (Encounter, a London-based publication meant to enlighten intellectuals, was financially supported by the Congress for Cultural Freedom, and thus covertly funded by the CIA);
"Perspectives USA and the Economics of Cold War Modernism" (a little-known initiative, marked by a "faulty" strategy of "pure aestheticism," according to Barnhisel);
"American Modernism in American Broadcasting: The Voice of (Middlebrow) America," an illuminating but quite critical account of VOA, whose programming Barnhisel dismisses as "bland and unremarkable."

As these chapter headings suggest, the second of Barnhisel's two-books-in-one explains U.S. international outreach programs from a "modernist" perspective. This is a challenging task, for modernism, as Barnhisel himself admits, is a very difficult concept to pin down. He offers several definitions; the one he considers "most enduring" as a "theoretical framework" is by the critic Clement Greenberg, who said in 1961 that "The essence of Modernism lies in the use of characteristic methods of a disciple to criticize the discipline itself, not in order to subvert it but in order to entrench it more firmly in its area of competence." (Say that again, please.)

To simplify Barnhisel's subtle, but not totally convincing argument: Modernist artists, in focusing on their craft rather than on entertaining the middle-brow bourgeoisie, found themselves, not unwillingly, alienated from society. But what might be a civilizational problem was seen as an opportunity by the USA Cold War modernists/propagandists, both in and out of government. They used "modernist art to advocate for Western values when the [broad American] public perceived—justly or not—modernism art as being at best indifferent and sometimes intractably opposed to these values."

So, how did Barnhisel's Cold War modernists square this circle? By defanging modernism of its radicalism and turning it into an international vehicle for whitebread all-American convictions—freedom and individualism—that would inspire the world by combating the communist aesthetic canon that restricted free expression behind the Iron Curtain (Socialist Realism). Thus did an anesthetized modernism become a U.S. weapon in the East-West war of ideas.

To repeat, I do not do justice to the professor's complex, thought-provoking arguments. But his brilliance is hard to appreciate in part by his reluctance to define "propaganda," a word he uses ambiguously throughout (and which merits only two citations in the index). He also employs the term "cultural diplomacy" very loosely, failing to distinguish it from cultural relations—a crucial distinction made by Richard Arndt in his magisterial The First Resort of Kings: American Cultural Diplomacy in the Twentieth Century3 (paperback edition, 2006), a book extensively quoted in Cold War Modernists.

Barnhisel does cite, in his introduction, the standard Milton C. Cummings definition of cultural diplomacy, formulated in 2003, well after the period the professor deals with in his volume: "the exchange of ideas, information, value systems, traditions, beliefs and other aspects of culture among nations and their peoples in order to foster mutual understanding." But it is not always clear whom Barnhisel is referring to when he speaks of "cultural diplomats," a designation he uses repeatedly. Such a vague categorization (like the amorphous "Cold War modernists" he mentions ceaselessly) seems to contradict his key point about the "large, diverse, and messy set of official and nongovernmental programs" that involved individuals of various backgrounds and institutional affiliations. There were, for example, great differences between the goal and methods of CIA covert operatives and overt USIA officers.

By the end of his study, Barnhisel, perhaps mentally fatigued after efforts to juggle his terms, reduces cultural diplomacy to three words—"contacts between citizens." Despite the phrase's refreshing simplicity, I wish it could tell us more.

The book's conclusion notes that "the end of the Eisenhower era… largely marks the end of the Cold War modernist project." With a hint of sorrow, Barnhisel writes that

The Cold War modernists saw their age closing and another one dawning, and they were gravely concerned that not just modernist art but the very ability of audiences to access and process and appreciate such challenging work would disappear.

The volume has 44 pages of endnotes and a quite thorough index; it is disappointing, however, that a major scholarly work from a prestigious university press lacks a bibliography. bluestar

Notes
1. On p. 12, Barnhisel writes (without providing a footnote to his statement) that "[Walter] Lippmann was on CPI [Committee on Public Information]'s staff. " Research for my forthcoming article, "Janus-Faced Public Diplomacy: Creel and Lippmann During the Great War," does not confirm this statement. See "Why Chomsky is Probably Wrong: Was Walter Lippmann a Member of the Committee on Public Information (1917-1919)?" John Brown's Notes and Essays [blog]
http://johnbrownnotesandessays.blogspot.com/2014/09/why-chomsky-is-prob…, accessed May 1, 2015.
2. More details on Faulkner's inebriated peregrinations at taxpayers' expense (and the efforts by USIA to keep his drinking under control) is provided by Barnhisel's "Guidelines for Handling William Faulkner's Drinking During Foreign Trips From the US State Department (1955)," Open Culture, 2005, http://www.openculture.com/2015/02/guidelines-for-handling-william-faul…, accessed May 1, 2015. This article should be of special interest to practicing diplomats handling cultural affairs "in the field."

3. On p. xviii of his volume, Arndt explains this crucial distinction: "Cultural relations grow naturally and organically, without government intervention. … [C]ultural diplomacy can only be said to take place when formal diplomats, serving national governments, try to shape and channel this natural flow to advance national interests." My own research indicates that the first use of the term "cultural diplomacy" by a USG official (Robert H. Thayer, Special Assistant to the Secretary of State for the Coordination of International Educational and Cultural Relations) was made in 1959 (far after most of the events covered in Barnhisel's volume). See "Is American Cultural Diplomacy a Hot Potato?" John Brown's Notes and Essays [blog],
http://johnbrownnotesandessays.blogspot.com/2013/05/is-american-cultura…, accessed May 1, 2015.

image Dr. John Brown, a former Foreign Service officer, teaches a course at Georgetown University entitled "Propaganda and US Foreign Policy: A Historical Overview," which, he notes, may eventually result in the publication of a monograph on the topic. He is the writer/compiler of the daily Public Diplomacy Press Review (PDPR).