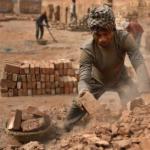 The 104th Session of the International Labour Conference (ILC) opens this Monday.

This major annual meeting, examining international labour standards, brings together all the member states of the International Labour Organization (ILO), one of the oldest organisations in the United Nations system, set up in 1919 as a tripartite body of employer, worker and state representatives.

Each member state is represented by two government delegates – often ministers in charge of social affairs – an employer delegate and a worker delegate, assisted by advisers.

All the delegates have the same right to express themselves and to vote freely.

The Conference examines the application of these conventions and recommendations in the various member states, and votes, every two years, on the ILO programme and budget, financed by the member states.

Since 1998, the ILC has also been given the task of examining the Global Report, drawn up by the International Labour Office, covering four fundamental rights: freedom of association and effective recognition of the right to collective bargaining; the eradication of all forms of forced or compulsory labour; the abolition of child labour; and the elimination of discrimination in respect of employment and occupation.

The 104th session of the ILC in June 2015 will address a number of crucial issues, such as social protection for workers and the application of international standards – two vital issues, given thatone worker dies every 15 seconds of a work-related accident or illness.

Another major theme at the conference will be informal economy work, a term established by the ILO itself at the beginning of the 1970s in reference to all types of employment outside state regulation.

The big question, since then, has been whether efforts should be made to combat informal work and make it formal, or to encourage it, as, in spite of everything, it provides people living in poverty with a source of employment and an income.

The ILC will examine an important report, published in March 2015, on the transition from the informal economy to the formal economy.

For workers the world over, and their representatives, it is essential that the ILO reaffirm its role on the world stage in relation to international financial institutions ˗ the World Bank (WB) and the International Monetary Fund (IMF) ˗ and the World Trade Organisation (WTO) founded in 1995.

The ILO has, in fact, been marginalised by these institutions, as well as being weakened by falling trade union membership levels both in developed countries, where employment is ever more precarious, and in developing countries, where informal economic activity predominates.

An illustration of the ILO’s marginalisation and weakening: having made efforts, in the 1970s, spurred by a number of communist countries, developing countries and the trade unions, to regulate the actions of multinationals, the ILO gradually abandoned this objective and began to consider multinational corporations (MNCs) as partners to be favoured, losing its critical perspective on these companies.

Since the 1990s, the ILO has, however, been reaffirming itself. In 1994, it secured observer status in the WB and the IMF. Moreover, the adoption, in 1999, of the concept of “decent work” marked a crucial turning point.

Decent work refers to all types of employment, formal or informal, and underlines the need for a minimum floor for working conditions. The use of the term “decent” echoes the language of Christian socialism that inspired certain founders of the organisation.

In 2005, it launched the Decent Work Country Programmes (DWCP), which now cover dozens of countries. It is also developing the occupational health and safety programme SafeWork.

In 2005, the ILO finally managed to have “decent work” included in the United Nations’ Millennium Development Goals (MDGs) for development.

A sign of the ILO overcoming its marginalisation was its admission, in 2009, as an observer to the G20.

It is also developing closer links with the WTO. But are these links characterised by the progressive ideas the ILO has historically defended, or the neoliberal ideas championed by the international financial institutions and the WTO? It is a question that begs answering.

While in some areas the ILO seems to be losing its social direction, in others it seems to be advancing its humanistic vision: it succeeding in having decent work and the fight against poverty included in the Doha Round of the WTO in the early 2000s as well as in the Poverty Reduction Strategy Papers (PRSP) of the international financial institutions.

In 2008, the adoption of the Declaration on Social Justice for a Fair Globalisation, although not binding, advanced the spread of socially progressive ideas.

And in 2009, the World Bank amended its Employing Workers Indicator (EWI), which gave good ratings to countries deregulating their labour market.

The EWI now values the establishment of workers’ protection in line with ILO conventions.

It is important that the ILO pursue its action, and that its identity and progressive principles are not diluted by uneven collaboration with economic and financial institutions.

A course of action that would give the ILO greater sway would be to give binding force to all of its conventions; like the WTO, which is equipped with the power to impose penalties, through its Dispute Settlement Body (DSB), the ILO should be given the power to sanction states or multinationals that breach its principles.

This article has been translated from French.