Against All Odds: Voices of Popular Struggle In Iraq 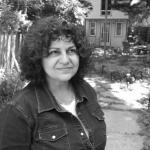 As Vijay Prashad notes in the foreword of "Against All Odds": "Other histories had been possible for Iraq, and indeed might yet be possible. The social basis for the Popular Movement to Save Iraq remains, even if in the shadows. It is the only force that could provide an alternative to the history of blood that stands before Iraq, the nest of bones, the sky of death."

Workers’ justice, gender liberation, anti-imperialism, and global solidarity have been on the agendas of many Iraqi organizations, in contrast to almost all media and scholarly representations—even those that are sympathetic to popular Iraqi struggles. Media and scholarship instead focus on geopolitics, mass violence, and sectarianism to the exclusion of attempts at independent political action and imagination in Iraq. With the legacy of wars since 1980, followed by the brutal sanctions of the 1990s and the 2003 US invasion and occupation, not to mention the recent emergence of the threatening forces of the Islamic State, understanding and acting in solidarity with these struggles is more crucial than ever.

Another Introduction to newly-published book "Against All Odds"

My name is Yanar Mohammed and I am an activist from Iraq. I am President and co-founder of the Organization of Women's Freedom in Iraq (OWFI).

In Iraq, OWFI works to connect our fight for gender justice with the Iraqi workers movement based in a politics of independence from US occupation, regional influence, and the repressive state. Amidst the sectarian violence of rising Islamic fundamentalism across the region – movements that found openings during US-led wars – voices like ours have never been more needed.

In recent months OWFI has expanded our women's safe houses – which the Iraqi government does not allow us to run – for survivors of domestic violence and refugees displaced by ISIS. What gives me hope about this difficult work is that in addition to providing a refuge to some of Iraq’s most marginalized, we also use these spaces for political education, building the next generation of Iraq’s movement leaders.

Under very difficult circumstances, we Iraqis have been working tirelessly to create an alternative based on equality, freedom, and social justice. Sharing these powerful stories about struggles waged by Iraqi people nourishes our shared hopes for peace and liberation.

This brings me to the new book by my friend Ali Issa, WRL's Field Organizer. Against All Odds: Voices of Popular Struggle in Iraq, co-published by War Resisters League and Tadween Publishing, is an important book because it reveals the many miraculous ways Iraqis have resisted occupation, state repression, and paramilitary violence. It does this by gathering and highlighting voices from Iraqis working directly on the ground: labor organizers, youth protest movement leaders, environmentalists, and feminists – including OWFI – filling a major void in the world’s understanding of what is happening in Iraq and how people can support new possibilities.

Deepening analysis and extending hope, Against All Odds is a vital resource for activists in the US and Iraq. And this book, that is truly unique, would not have been possible without generous grassroots support from WRL supporters like you.

Yanar Mohammed, President and co-founder of the Organization of Women’s Freedom in Iraq