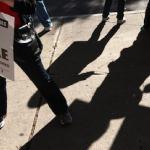 The D.C. District Court rejected business groups' challenge to the National Labor Relations Board's new rule speeding up union workplace organizing elections, saying the board was acting within its authority. The ruling was a big win for organized labor, which will find it easier to win workplace elections as a consequence.

"Plaintiffs' policy objections may very well be sincere and legitimately based, but in the end, this case comes down to a disagreement with choices made by the agency entrusted by Congress with broad discretion to implement the provisions of the [National Labor Relations Act] and to craft appropriate procedures," the court ruled late Wednesday.

The policy shortens the timespan from when the board approves a union's request for a workplace organizing election to when that election is held to as little as 11 days. Previously, the process often took one to two months. The board formally announced the rule in December and it went into effect April 14.

Employers often use the interim period to make the case against having a union to their workers. The rule change in effect gives them far less time to do that, in theory giving unions an edge when the workers vote. Business trade associations dubbed it the "ambush election" rule. Union leaders, who had long argued that businesses often use delaying tactics to undermine elections, applauded the rule.

The rule gives employers just seven days from an election's announcement to raise an objection with the NLRB regarding it. It also limits the evidence employers can use regarding an objection and allows NLRB regional directors to defer most questions regarding which workers are eligible to vote until after the election.

The board also required that employers turn over all private contact information for their employees to a union, regardless of whether the workers themselves had authorized the disclosure.

A coalition including the U.S. Chamber of Commerce, the National Association of Manufacturers and the National Retail Federation filed suit in January against the rule, arguing that the board had exceeded its authority.

The court said federal labor law gave the board wide latitude, though, and dismissed the coalition's concerns. Regarding the disclosure of employee contract information, for example, it said, "[T]he fact that the NLRA does not specifically authorize the board to mandate these disclosures does not mean that the statute prohibits it."

Linda Kelly, the National Association of Manufacturers' senior vice president and general counsel, said the court ruling jeopardized "an employer's time to prepare and an employee's ability to make an informed decision" as well as "the protection of private, personal information and the ability of an employer to protect this information."

A representative for the labor board did not respond to a request for comment.

A July study by Fisher & Phillips, an Atlanta management-side law firm, determined that since the rule went into effect elections are being held an average of 26 days after they are announced, a reduction of 11 days from the previous year. However, the shorter time period has not translated into more victories for unions. They now win 63 percent of elections, marginally down from last year's rate of 64 percent.

On Monday, Republican lawmakers introduced major legislation to reform the National Labor Relations Act. The bill would, among other changes, invalidate the board's election rule.