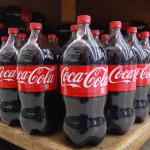 It seems like the admonitions of John Bohannon, the man who tricked the world about chocolate promoting weight loss might hold true today: Reader beware, especially when it comes to diet science—because according to The New York Times, it appears that Coca-Cola is indirectly spreading a controversial message that to lose weight, the food and beverages you consume don’t matter so much as long as you exercise.

According to the Times report, Coca-Cola has teamed up with scientists who are spreading the notion that exercise is more important for weight loss across various platforms: medical journals, conferences, and social media, among others. Further, to help these scientists spread the gospel (so to speak), the company has given $1.5 million to a new nonprofit organization known as Global Energy Balance Network (GEBN), which shares views quite similar to those of Coke.

According to their website, the mission of GEBN is: “To connect and engage multi-disciplinary scientists and other experts around the globe dedicated to applying and advancing the science of energy balance to achieve healthier living.” By “science of energy balance,” they more or less are referring to the common notion of monitoring calories in vs. calories out—how much you eat vs. how much you use up.

However, GEBN is placing an emphasis on the latter half of the “balance” equation: “Most of the focus in the popular media and in the scientific press is, ‘Oh, they’re eating too much, eating too much, eating too much’—blaming fast food, blaming sugary drinks, and so on,” said the organization’s vice president, Steven N. Blair, in a video announcing the group. “And there’s really virtually no compelling evidence that in fact is the cause.”

That’s a lot of qualifiers. Despite Dr. Blair being a highly-published and oft-cited scientist, others are taking issue with his new message, citing a myriad of studies that point to diet being extremely important for weight loss, usually more so than exercise.

“The group’s emphasis on physical activity is misleading based on what the data shows. There’s no data to support saying if you exercise for 30 minutes three times a week that this will take care of the problem. We have data refuting that,” Charlotte Markey, a diet and behavior expert from Rutgers University, told Scientific American. “In reality, we need people to stop drinking sugary beverages like soda. Soda is the one consumable beverage that is repeatedly cited as having the biggest impact on obesity rates.”

For example, recent research do not back GEBN’s claims. A review of previous studies examining energy balance found that exercise only produced modest weight loss results, because calorie intake wasn’t controlled. Plus, as Markey told Scientific American, “Exercise increases appetite, and most people just make up for whatever they exercised off”—and exercise burns fewer calories than people normally believe.

Think about it: If one were in perfect energy balance and drank the equivalent of, say, a 16 ounce bottle of cola’s worth of calories (182, according to the USDA) in order to tip the scales of their “energy balance” back to neutral, the USDA estimates one would have to walk about 40 minutes for just one soda. If your calorie input is higher—like if you ate a doughnut or a plate of French fries that day—the amount you would have to exercise could end up being astronomical.

When taken into consider with a 2013 PLOS ONE study—which found that studies funded by certain soda companies (including Coca-Cola) were five times more likely to find no link between sugary beverages and weight gain than those that weren’t—many public health experts are growing concerned that the Coca-Cola is attempting to mislead the public to stop the decline of their sales.

“The Global Energy Balance Network is nothing but a front group for Coca-Cola. Coca-Cola’s agenda here is very clear: Get these researchers to confuse the science and deflect attention from dietary intake,” Marion Nestle, a professor of nutrition, food studies and public health at New York University and the author of Soda Politics, told the Times.

For example, in the aforementioned video, Blair acknowledges that weight gain comes from people eating more than they burn, then adds, “But maybe the reason they’re eating more calories than they need is because they’re not burning many.”

This statement is at least partially true, but not in the way he seems to be implying; people aren’t eating more calories than they need because they aren’t exercising enough. They’re eating more calories than they need because they’re, you know, eating too much food. Exercise can take a dent out of this imbalance, but without a moderated diet, exercise alone probably won’t be enough.