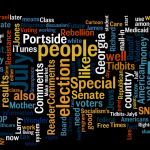 Resources:
Announcements:
Re: All of Donald Trump's Lies
Trump has lied since his corrupt hotel building business
Anthony Moreno
Posted on Portside's Facebook page
====
36% favorability.... who is spitting in his food today---- it must be difficult walking into a room and knowing that 2/3 of the people there wish you would go away..... MEDIA don't fall for the shiny object stories.... focus on what TRUMP HATES...... his failed policies.... his failing wall.... the RUSSIA INVESTIGATIONS
Marty Comroe
Posted on Portside's Facebook page
Take us to your leader - Cartoon by Dan Piraro 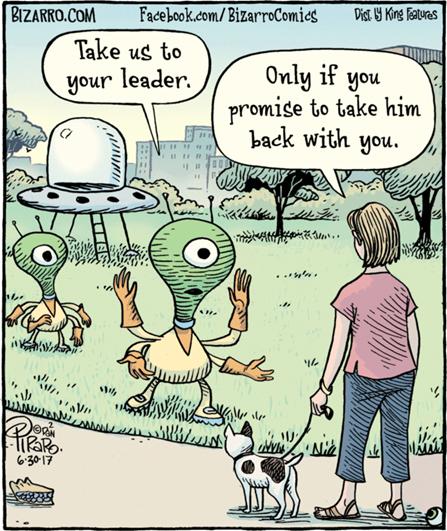 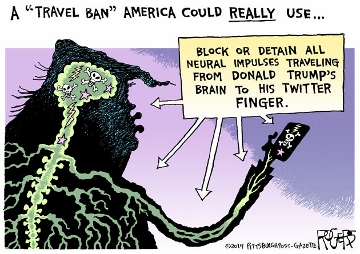 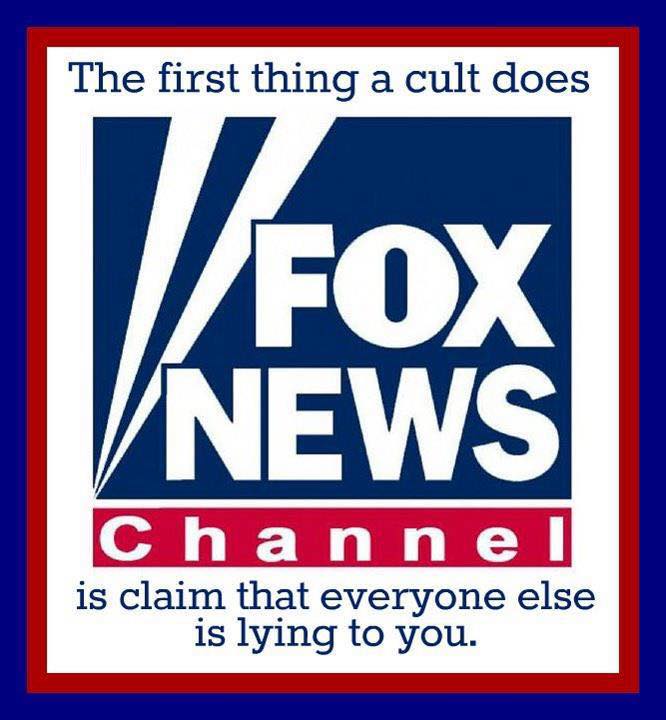 Due to popular demand, we're extending this incredible deal through the rest of July-you can rent The Freedom to Marry on iTunes right now for just $.99!
Get the insiders story of how love won nationwide now! Just click this link, then select "View in iTunes" to access this special $.99 rental price.
As the country pauses to celebrate Independence Day-and with so much work ahead of us in the fight to keep our democracy safeguarded-here's your chance to relive the story of one of the most tremendous civil rights victories of our time.
This is the inspiring story of 'how to win.'
We are thrilled that in the last two weeks alone, The Freedom to Marry has broken the Top 20 list of documentaries on iTunes, and can now be seen in 62 countries around the world! Help keep the momentum going-and join thousands worldwide who are viewing this award-winning film at an unbeatable price.
For just $.99, you can rent The Freedom to Marry on iTunes now!
Enjoy this holiday weekend-and enjoy the film!
Eddie Rosenstein
Director/Producer, The Freedom to Marry
P.S. Once you've watched The Freedom to Marry, please be sure to rate it in iTunes to encourage more people to watch it too!
Mother Jones Resist Poster - New from Mother Jones Museum 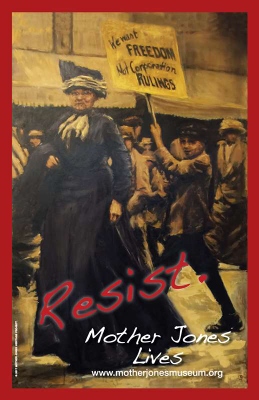 Poster 11x17  -Resist poster. Thick cardstock, glossy.
A message for our times. Created for Mother Jones Museum by Lindsay Hand of Colorado.
$10.00 (quantity discounts available)
Mother Jones Heritage Project
630 Joanne Lane
DeKalb IL 60115
For more information contact:  Rosemary Feurer 815-754-4750
Your Testimony Is Needed - four former SNCC staff members ask for you to speak out
As four former SNCC staff members, we urge all former SNCC people who reside in the state of Massachusetts to participate in upcoming efforts to defeat a bill that would prevent the state of Massachusetts from contracting with individuals or companies that engage in economic boycott, divestment and sanctions (BDS) against Israel.
Through 50 years of military occupation of traditionally Palestinian lands on the West Bank, Israel has created an apartheid state in which Palestinians are forced off their lands and confined to certain limited areas. Their travel is restricted and they are burdened by rules and regulations that make earning a living difficult.
Furthermore, Palestinians living within Israel itself suffer discrimination and oppression in many forms.
Three of us have been in Israel and Palestine several times and have personally witnessed the oppressive conditions under which Palestinians are forced to live. We have also witnessed a growing nonviolent resistance movement among Palestinians aimed at gaining equal rights, ending apartheid, and creating a Palestinian state.
Millions of people across the world are supporting the Palestinian freedom movement in a variety of ways.
In SNCC we saw first hand that economic boycotts, divestment and sanctions can play a role in helping people who are fighting for their rights. We saw this in Alabama, in Mississippi, in Tennessee, in Georgia and elsewhere.
We also witnessed the power of BDS in contributing to the ending of apartheid in South Africa.
Not only is BDS well within our time-tested and remarkable tradition, but the First Amendment protects those who advocate for it, and we believe that businesses have the right to engage in BDS against Israel if they choose to do so.
If you would like further information about how to participate in the Massachusetts hearings on this bill (July 18 in the Gardner Auditorium of the Statehouse in Boston), please contact Elsa Auerbach, the Boston chapter leader of Jewish Voice for Peace, at Elsa.Auerbach@umb.edu. You may submit written testimony before July 18 or sign up to give oral testimony on the day of.
Legislative efforts like the one in Massachusetts are taking place all over the country -- but they can be defeated, as happened in April 2017, in Maryland.  We urge you to become involved in this effective method to halt the deterioration of the life and liberty of Palestinians.
In the struggle,
Judy Richardson, SNCC staff, 1963-1966
Larry Rubin, SNCC staff, 1962-1965
Zoharah Simmons (aka Gwen Robinson), SNCC staff, 1963-1967
Dorothy Zellner, SNCC staff, 1962-1967
Free Non Violent Resistance Trainings - 10 Cities To Start, Please Come Join! (Greenpeace)
Greenpeace has received requests from allies and supporters around the country asking us to share our Non Violent Direct Action skills since the election. We regularly do trainings at our Actions Warehouses in Oakland and DC, but to meet the need, we are experimenting with taking these trainings on the road, as well as doing some webinar trainings (but the in person ones are better!)
You will learn NVDA history, strategy, safety and more. As the conventional means to influence decisions that affect us are eroding, we need to ensure our movement is skilled up for safe, smart NVDA.
Each city will have two 1 day trainings (Sat and Sun) and we have room for 100 people in each  day. This traveling training  is an experiment; if it goes well, we will add more cities.
Here is the schedule and sign up link to share:
Schedule:
Chicago: July 1 -2
Philadelphia: July 8  - 9
Las Vegas:  July 15 - 16
Los Angeles: July 22 - 23
Washington, DC: July 29 - 30
Miami: August: 5 - 6
Charlotte: August: 12-13
New York: August: 19 - 20
Sign up for an in person Greenpeace NVDA training at this link here: Summer of Resistance Sign up
Annie Leonard
THE STORY OF STUFF PROJECT
www.storyofstuff.org
"Voices from 1967: Recalling the Newark Rebellion" -- panel discussion on July 15
To mark the 50th anniversary of the Newark Rebellion, the Newark History Society has organized a panel discussion, "Voices from 1967: Recalling the Newark Rebellion," that will take place on Saturday, July 15 at 11:30am during a day-long symposium at the Newark Public Library.
Linda Caldwell Epps, CEO of 1804 Consultants and one of our trustees, will moderate the discussion. She recruited five distinguished panelists with different experiences and perspectives:
This program will take place in the 2nd floor reading room at the Newark Public Library, 5 Washington Street.  It is free and open to the public; a light lunch will be available.
The day-long symposium will start at 11:00am with an exhibit, "Voices from the Rebellion," in the Library's first floor gallery and then continue after our program with another panel at 2:00pm, "Fifty Years Later: Living Legacies of the Rebellion," moderated by Junius Williams.  All the details are in the attached flyer.
You may RSVP here.  Related programs scheduled for July 11-15 are also listed on the eventbrite site
See you on the 15th!
Timothy Crist
Newark History Society
Source URL: https://portside.org/2017-07-06/tidbits-july-6-2017-reader-comments-trump-lies-voting-rights-danger-july-4th-georgia