How cities and citizens are turning back privatisation 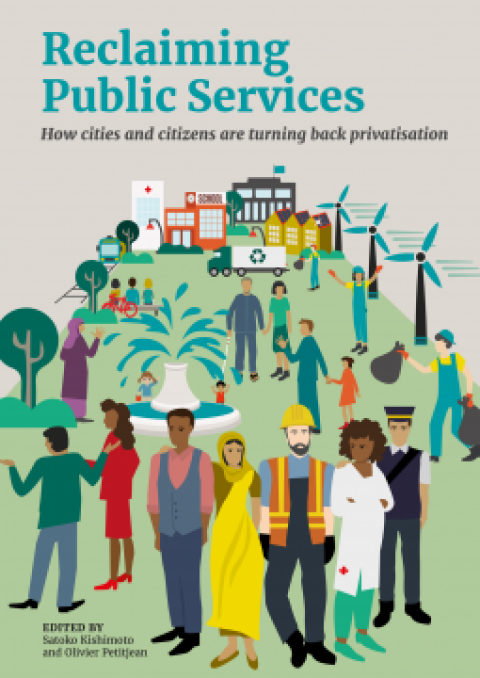 Reclaiming Public Services  is vital reading for anyone interested in the future of local, democratic services like energy, water and health care.  This is an in-depth world tour of new initiatives in public ownership and the variety of approaches to deprivatisation.

From New Delhi to Barcelona, from Argentina to Germany, thousands of politicians, public officials, workers, unions and social movements are reclaiming or creating public services to address people’s basic needs and respond to environmental challenges.

They do this most often at the local level. Our research shows that there have been at least 835 examples of (re)municipalisation of public services worldwide since 2000, involving more than 1,600 municipalities in 45 countries.

Why are people around the world reclaiming essential services from private operators and bringing their delivery back into the public sphere? There are many motivations behind (re)municipalisation initiatives: a goal to end private sector abuse or labour violations; a desire to regain control over the local economy and resources; a wish to provide people with affordable services; or an intention to implement ambitious climate strategies.

Remunicipalisation is taking place in small towns and in capital cities, following different models of public ownership and with various levels of involvement by citizens and workers. Out of this diversity a coherent picture is nevertheless emerging: it is possible to build efficient, democratic and affordable public services. Ever declining service quality and ever increasing prices are not inevitable. More and more people and cities are closing the chapter on privatisation, and putting essential services back into public hands.

Messages from Vienna, Barcelona and Paris

Ulli Sima, Vienna City Councilor for the Environment and Wiener Stadtwerke: “As early as 2001, Vienna protected drinking water with a constitutional decision. Municipal services must remain public and should not be sacrificed to private profit. We want to ally with other cities for strong municipal servicest."

Eloi Badia, the Barcelona Councilor for presidency, water and energy: “It is important to demystify the process of privatisation that has been launched in recent years by several governments, because it's a model that has not proved its efficiency, failing to offer a better service or a better price.”

Célia Blauel, President of Eau de Paris and Deputy Mayor of Paris in charge of the environment, sustainable development, water and the energy-climate plan: “Bringing local public services under public control is a major democratic issue, especially for such essential services as energy or water. It means greater transparency and better citizen supervision. In the context of climate change, it can contribute to leading our cities toward energy efficiency, the development of renewables, the conservation of our natural resources, and the right to water. ”

Key findings of the book