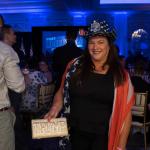 The equation of shootings to immigration underpinned Trump’s absurd proposal: that his support for gun control after the El Paso shooting was incumbent on the passage of a separate law advancing the shooter’s goals.

The Bad-Apple Myth of Policing

A Trump-Era Purge of Military Scientists

The fight over a longstanding panel of military scientists signals a larger story about the escalating conflict between the Trump Administration and world of science.

Has the U.S. government decided that Chinese Americans can never truly be Americans?

Halliburton is connected to efforts to bypass successful litigation by tribes and environmentalists to return the grizzly bear in Greater Yellowstone to the Endangered Species Act.

How Black Metal is Fighting Fascism

Have you heard the news? Everything still sucks. But with the very real threat of fascism on the rise across the globe, a righteous band of new black metal artists are uniting to do something about it. As can you…

The Teen Student Action Summit is an annual event that gathers conservative teens—mostly in high school—from across the country in a different host city to get them excited and energized about spreading conservative values to their peers at home. Here are ten takeaways from this year’s summit, which took place at the Marriott Marquis in DC.