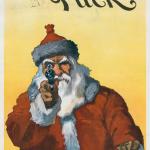 White nationalism, legitimized by our president’s support of “very fine people,” has flourished in part because of a refusal to look it squarely in its face and acknowledge it as homegrown.

President Trump effectively amended Title VI of the Civil Rights Act, which prohibits “discrimination under any program or activity receiving Federal financial assistance,” to include antisemitism. Yet the way the order does so is almost perversely ironic.

Keep America Beautiful must rank as one of the most devastatingly effective PR campaigns of all time. And it was a tactic that American industry soon exported to the rest of the world.

Many people who have never had to rely on government assistance to get food have a lot of misconceptions about how the system works. Some people think recipients are lazy and refuse to find work or that it’s easy to get and use these benefits, but nothing could be further from the truth.

Antisemitism can and does exist in left-wing spaces, including those in the Black community. But conflating all Black anti-Jewish attitudes with the left is dangerous, turning a complex problem that occurs accross the political spectrum into a mere cudgel for the right.

Revelations that RCMP snipers were ordered to train their weapons on Indigenous water protectors resisting the construction of a natural gas pipeline in unceded Wet'suwet'en territory sparked outrage and led to the worldwide deployment of a hashtag, #WouldYouShootMeToo.

The verdict in Warren Scott’s highly publicized trial marks the peak of a months-long legal saga, after he was arrested nearly two years ago by U.S. agents at an aid station run by No More Deaths.