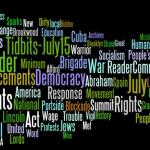 Re: People Working A Minimum Wage Job Can’t Afford Rent Anywhere In The U.S. (Jose Luis Medina; Blanca Vazquez)
Re: The Hidden Hand of the US Blockade Sparks Cuba Protests (Joe Grogan; Alvin Jackson)
Whitewashed History  --  cartoon by Rob Rogers
Re: Why Congress Is Finally Starting to Claw Back its War Powers from the President (John Slade)
Oppressive Integrity  --  cartoon by Clay Jones
Re: A Battle Between a Great City and a Great Lake (Maureen McCue)
Re: The Battle for Mount Rushmore: ‘It Should Be Turned Into Something Like the Holocaust Museum’ (Judith Mahoney Pasternak)
Re: ‘Socialism’ Isn’t a Dirty Word Anymore (Eleanor Roosevelt; Todd Allen)
Re: Is There A Hidden Quantum Reality Underlying What We Observe? (David Schwartzman)
Re: Who Gets To Be a Critic? I Never Believed I Could Be One. That’s The Problem. (Mike Liston)

At local minimum wage rates, a worker would have to put in 79 hours a week, nearly two full-time jobs, to afford a modest one-bedroom rental, a report finds.

Yet the last Congress voted tax cuts for the 1%: that's called class warfare.

Re: The Hidden Hand of the US Blockade Sparks Cuba Protests

Thanks for this.  Over here in Canada, our local newspaper, for example the Toronto Star recently repeated on July 12/2021 the story put out by the Miami Herald which frankly was off the mark and misleading in content.  Some people just don't get it and fail to understand the continuing criminal actions of the American Government.  Biden needs to discover his backbone and as a so-called Catholic should remember Christ's words:  LOVE THEY NEIGBOUR AS THYSELF."

Very interesting article from another perspective. 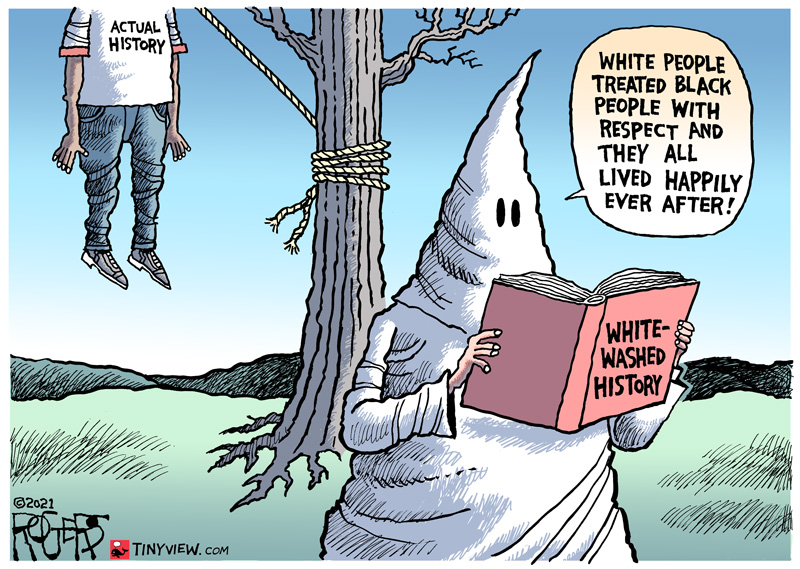 Re: Why Congress Is Finally Starting to Claw Back its War Powers from the President

Congress loved resolutions of force because it let them off the hook politically so if things went bad they could blame the sitting president and not themselves. 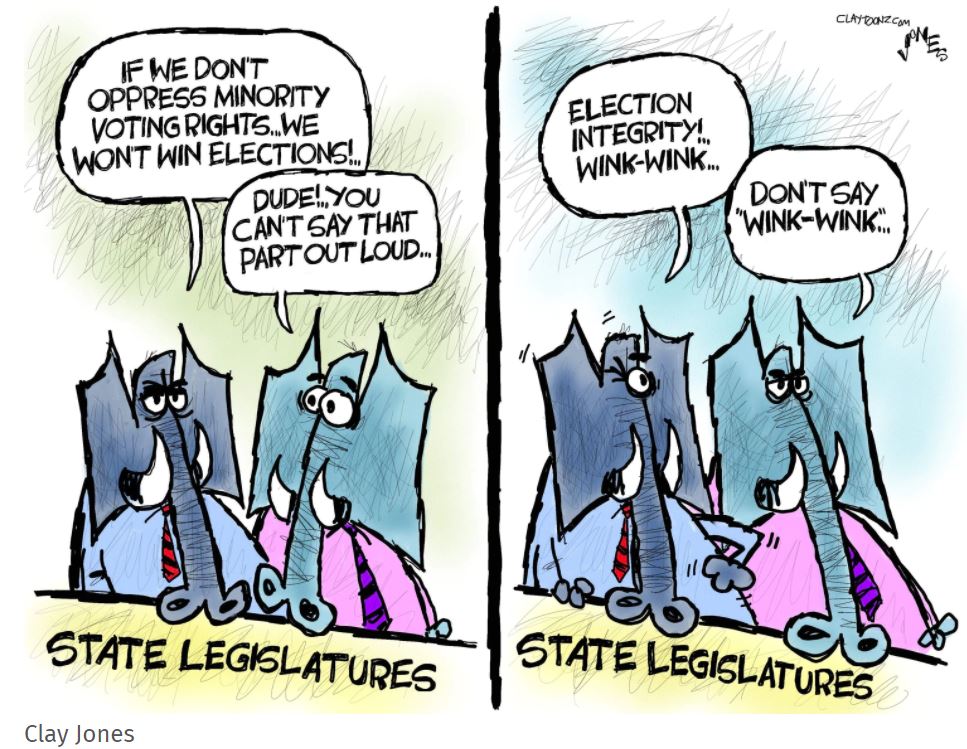 Re: A Battle Between a Great City and a Great Lake

A cautionary tale.  Talks about Chicago, but I imagine the same is true for the city just north of it and it's high rises on the lake.  The time to get out is sooner than later, me thinks.

P.S. I noted some problem in the writing in that there are a number of paragraphs repeated, but then again maybe repetition is what's called for in this instance!

Re: The Battle for Mount Rushmore: ‘It Should Be Turned Into Something Like the Holocaust Museum’

Right (and see: Remembrance of embarrassing things past: A president, a statue and history

If you think positively of capitalism, it's only that you don't yet realize how severely you've been screwed by it.

Heath care for my family, a living wage. Politicians going to jail.

Re: Is There A Hidden Quantum Reality Underlying What We Observe?

Readers should check out Lee Smolin's book "Einstein's Unfinished Revolution" on this subject. The answer to deterministic quantum reality may be in deep instantaneous connection.

Re: Who Gets To Be a Critic? I Never Believed I Could Be One. That’s The Problem.

Who gets to be a critic? That establishment, fully vetted white males number critics as most, this is no surprise. Criticism is often, if not usually, just a form of last ditch ruling class censorship and works pretty well with its intended audience. My advice is to ignore the culture critics and make your own judgements, just make sure your own judgments aren't based on ignorance and prejudice just the same as most official 'critics'. Keep in mind official critical reaction to the French Impressionists when they first appeared

By the way, whoever is picking the poetry selections to be included at the end of many of these posts is doing a hell of a good job, thanks and  all the best, 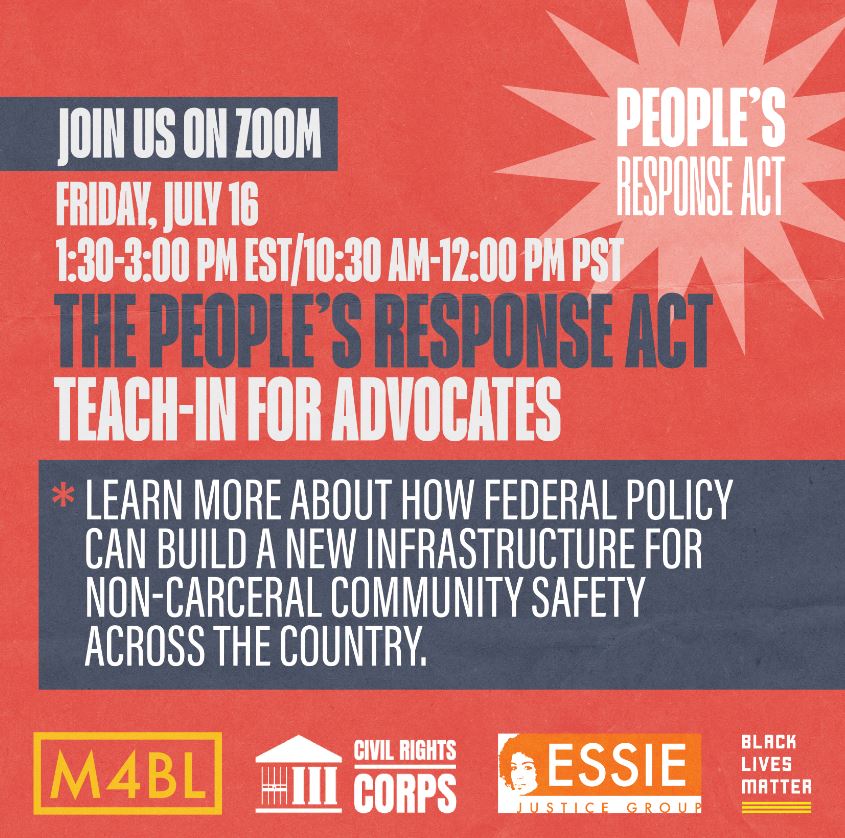 The teach-ins are an exciting opportunity to learn more about how The People's Response Act will build up the infrastructure for non-carceral community safety across the country. Hear directly from advocates, artists, organizers, academics, and practitioners about how this bill would transform the safety landscape, expand federal funding for grassroots organizations, and save lives.

Representative Cori Bush (D-Mo), along with Congresswomen Ayanna Pressley (MA-07), Jan Schakowsky (IL-06), Pramila Jayapal (WA-07) introduced The People’s Response Act, federal legislation that provides vital investments in community and public health-centered approaches to keeping Black people safe in America. It establishes a new federal division within the Department of Health and Human Services to oversee this division. The Movement for Black Lives announced support for the bill, which catalyzes decades of organizing efforts in policy while incentivizing states and local governments to invest in alternatives to policing and incarceration.

This Saturday, July 17th is the one-year anniversary of Congressman John Lewis' death. He spent his life fighting for civil and voting rights.

In his remembrance, we are teaming up with our partners at the Brooklyn NAACP, Common Cause NY, Indivisible Nation BK, and NYS Senator Zellnor Myrie (Elections chair) to hold a Good Trouble Vigil for Democracy. Come hear from faith leaders, elected officials, and advocates as we honor John Lewis and fight for a better democracy, including the passage of the For the People Act. Hope you can join us!

With anti-voter laws being passed all over America, the U.S. Supreme Court’s recent ruling making it harder to protect the right to vote, and Congressional districts being redrawn this fall, we must honor John Lewis' lifetime work by continuing to fight against voter suppression and for a stronger democracy.

Join us in Brooklyn on Saturday as we carry on his legacy by hosting a candlelight vigil (one of many nationwide), and ask Congress to strengthen and protect our democracy by passing the For the People Act and the John Lewis Voting Rights Advancement Act.

Please join us if you can! RSVP here. 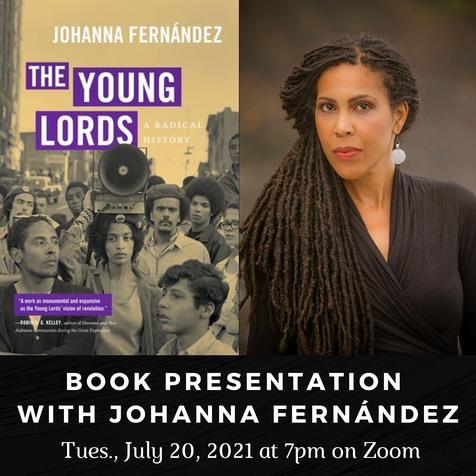 Against the backdrop of America’s escalating urban rebellions in the 1960s, an unexpected cohort of New York radicals unleashed a series of urban guerrilla actions against the city’s racist policies and contempt for the poor. Their dramatic flair, uncompromising vision, and skillful ability to link local problems to international crises riveted the media, alarmed New York’s political class, and challenged nationwide perceptions of civil rights and black power protest. The group called itself the Young Lords.

Utilizing oral histories, archival records, and an enormous cache of police records released only after a decade-long Freedom of Information Law request and subsequent court battle, Johanna Fernández has written the definitive account of the Young Lords, from their roots as a street gang to their rise and fall as a political organization.

Organizing in the South - July 21 (Grand Strand Together) 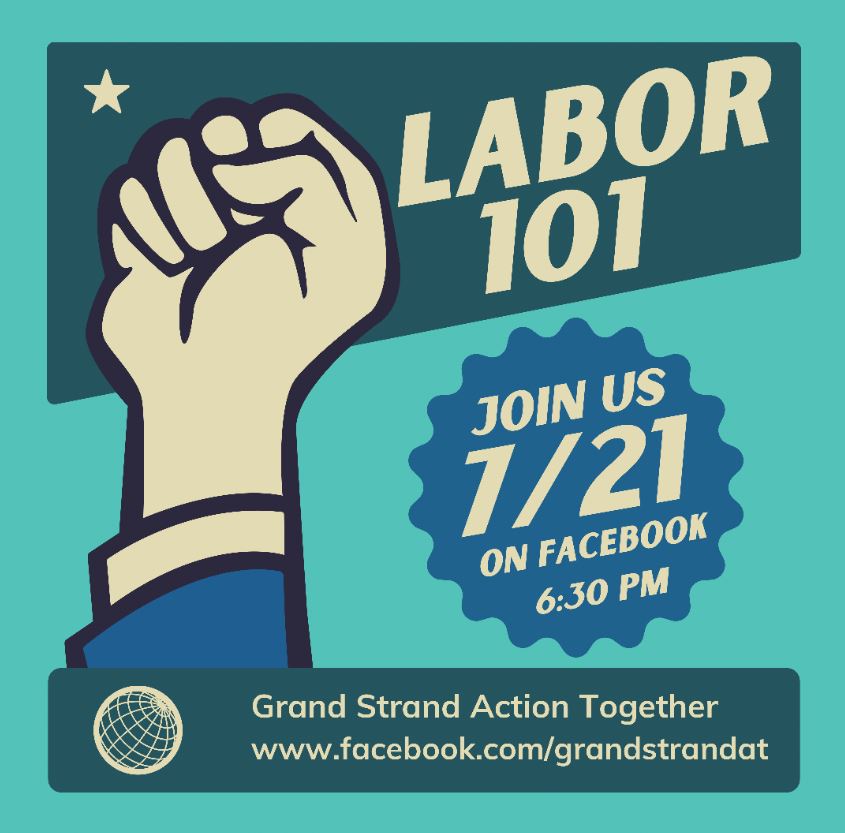 Grand Strand Action Together is a nonprofit community organization devoted to education, outreach, and advocacy.

As a collective, we aim to promote discussion of common sense solutions, which are rooted in our shared interests of progress and equity for the future.  We are dedicated to service, education, and advocacy, we seek to address issues affecting our local community.

To RSVP to our upcoming events please visit our Facebook page.

ALBA is proud to co-present a discussion on American Jews in the Spanish Civil War with The Sousa Mendes Foundation. Join us and a distinguished panel.

In the 1930s, nearly 3,000 Americans embarked for Europe to join the democratically elected Spanish Republic in its effort to repel a military coup led by Francisco Franco. Franco had the support of Nazi Germany and fascist Italy.  Nearly one-third of the Americans who went to Spain to fight fascism were Jews. This program presents their story.

Please note: Registration will close on Thursday, July 22 at 10 PM US Eastern Time. Instructions and links will be sent to you on Friday, July 23 and again on the morning of the program. 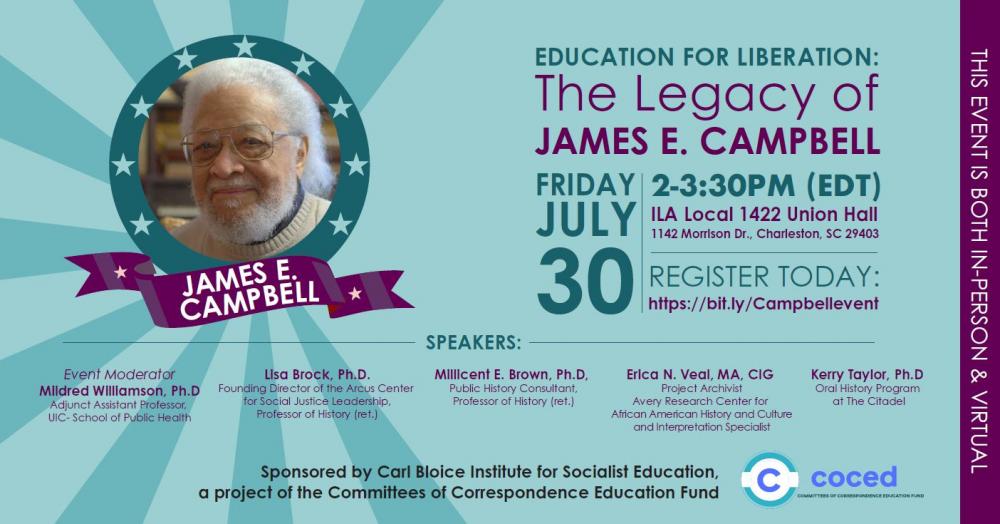 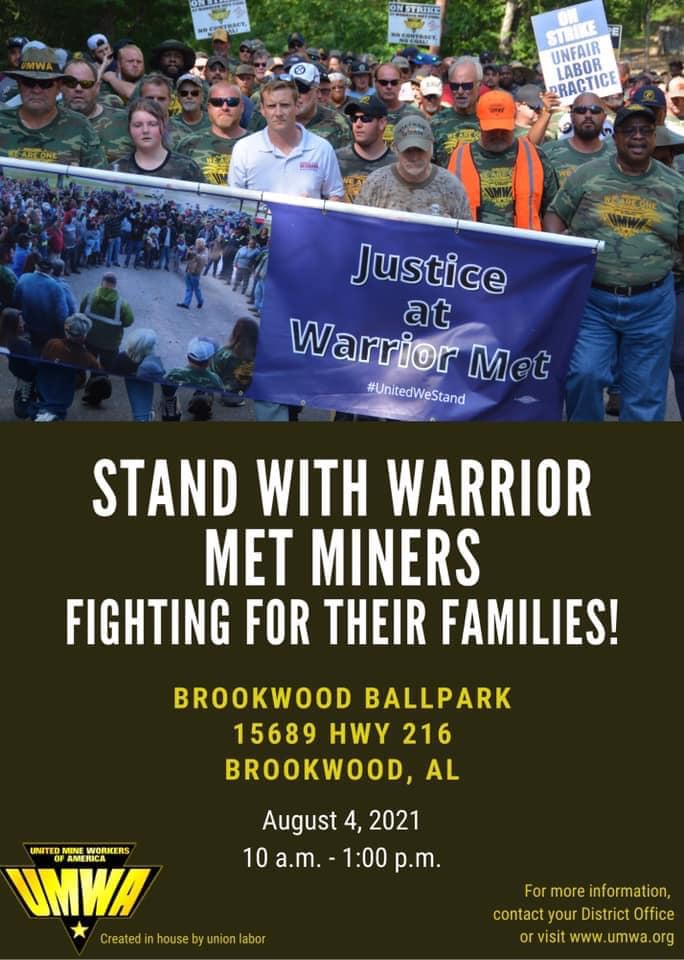 FIGHT FOR WHAT THEY DESERVE.

Join the United Mine Workers of America, August 4, 2021 at Brookwood Ballpark to stand up to injustice!