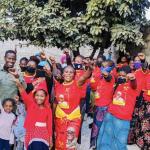 [Moderator’s note: This article steps away from our focus on the left, to present views closer to the center that reflect the dire climate emergency flagged by the UN’s Intergovernmental Panel on Climate Change.]

Many countries in Latin America and the Caribbean, a region which is still scarred by Washington’s backing of coups during the Cold War and has shifted leftwards in recent years, are asking the US to back off from its hostile stance towards Cuba.

From the Tunisian trade-union movement and Egypt’s wildcat strikes to the Sudanese Professionals Association, action by organized workers has often been of pivotal importance in the fight for political freedom and social justice.

After the looting and failed insurrection, what would it mean for the South African left to undertake a populist political strategy? And should it look to South America for inspiration?

Are radical worker struggles, which waned as a result of protracted government efforts to infiltrate and co-opt organized labor, making a comeback in East Africa?

The Tal’at group is independent, unlike other Palestinian women’s organizations. Political parties and formal institutions have no control over it nor the tools and tactics they use. It opened a new window of opportunity to place a progressive feminist agenda at the core of Palestine’s national emancipation.

Fred M’membe’s Socialist Party has emerged as a third force in Zambia, providing voters with an alternative to the ruling Patriotic Front and the opposition United Party for National Development.

Armed with technology and the warp-speed language of pop culture, the protest generation has galvanized support across borders with indelible gestures like the defiant three-finger salute borrowed from the dystopian “Hunger Games” films.

We still have a long way to go in mobilizing politically against all racially motivated anti-Roma violence. Moreover, when it comes to the struggle against anti-Roma racism — or antigypsyism — we are still lacking the solidarity of the leftist social and political movements in Europe.