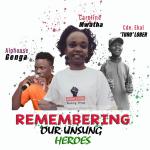 Chile’s Constitutional Convention is consolidating a correlation of forces rooted the political and social field that found expression in the popular revolt of 2019. It is not a maximalist or refoundational project, as the defenders of the old order claim — it is an institutional change pushing to leave behind an exhausted neoliberal model.

Abortion Without Borders is sprawling and decentralized by design: it takes advantage of the patchwork of abortion restrictions in different parts of Europe. By varying its tactics based on the availability and legality of different types of abortion, the network builds on each organization’s strengths and compensates for its vulnerabilities.

__________
US Excludes Cuba, Venezuela and Nicaragua From Summit

The Biden administration will lose political capital if it allows its growing tendency to divide the world into “democratic” friends and “authoritarian” states to dictate the invitation list for a forum that is much larger than Washington’s professed policy objectives.

In 2020, Thai youth sparked the largest wave of anti-government protests since the 2014 military coup. But human rights activists say persecutions and systematic harassment have weakened the pro-democracy movement.

The National Union of Government and Federated Workers (NUGFW) has called on government workers to stay away from work and come out in a mass protest through Port of Spain. “We need numbers, we need each of you in the most epic march to organise our strength and end wage slavery. United we stand in the fight for our freedom,” the union said.

An extended period of relative obscurity brought out some of the worst in revolutionary left groups. Constantly having to ‘protect the ideas’ led to an ideological defensiveness, and hesitancy to engage with newer theories and debate. Perpetually ‘defending the party’ led to a withering of whatever internal democracy existed, and a tendency to excuse the inexcusable.

We remember three committed activists who gave their lives in the new wave of struggle which has been characterised by extra-judicial executions and enforced disappearances by the police, the shrinking of democratic space, high level corruption, the ever-widening gap between the poor and rich and the privatisation of basic services.

The Labor Party is now on track to form a government, either as minority or a narrow majority, and the election indicates a breakdown of the two-party system. The rise of organized independents and the breakthrough of Greens in the House of Representatives suggests a European-style fragmentation of the party system is happening.