More Responses to The Tragedy of Party Communism 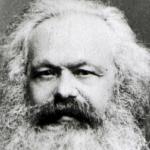 Stalin died in the 50s and in all the years afterwards, Yugoslavia continued to carry the label of deviationist rather than an option worthy of study, above all because the Cold War required the Soviet bloc remain constantly on a war footing. I suspect these four authors still will consider the Yugoslav experience as unworthy of consideration because it was deviationist.

this is a thorny issue. though vanguard parties have played a role in some 20th century revolutions, many other formations have led the insurrectionary phase of many revolutions. unfortunately, the Leninist model for re structuring weak capitalist societies has led to these societies attempts to recreate capitalist style industry without capitalists. the workers & other toiling classes became the subjects of the party and not the creators of their own societies as envisioned by Marx in his comments on the Paris Commune.

Communism was rooted in good intentions - creating a humane, cooperative social order --We still want that

I want to congratulate Jack Radey for his thoughtful response to Michael Brie's article on Party Communism.

For me, learning the lessons of the communist experience doesn't mean finding this or that problem that brought the project down. It means sitting back and looking at the Big Picture - coming to terms with what we thought was happening and what was going to happen, and what actually took place. We were living in a bubble. If you don't start with that perspective, then you are still in the bubble. And frankly, it's hard to get outside that bubble. It's comfortable in there - the laws of history are carrying us forward to a beautiful future. Some great men figured out what those laws are - and all we have to do is put our shoulders behind the great Wheel of History. The framework's fine. We just have to figure out where the communists went wrong.

For me, the most important lesson of communism is that is was a very human movement. By that I mean it was an integral part of the human condition - one stream in our collective historical process. It was a movement that was born from a real, concrete set of historical conditions - and that possessed all the foibles and flaws of that stage of human development.

Marx was not some god-like figure who had uncovered the basic truths of the universe. He was a mere mortal - a brilliant man who advanced human understanding and who saw some things no one before him had seen. But, sadly, he didn't have everything figured out. That was not in the cards then: and it's not in the cards now. He had no idea about the problems his vision of the future would encounter. It was a beautiful vision, and it gave hope and direction to millions of people who couldn't see a better way forward. But it ran into a reality it was not prepared for.

I believe the first step in learning the lessons of communism is learning about ourselves. We deified Marx. We wanted there to be a fount of `Truth.' It's very reassuring - it gives you the strength to keep going. This is not something unique to us - it's very human. We, as individual humans feel very limited in our understanding and in our power to affect this vast, complex world we live in.  However, armed with a `Truth,' and united with others who share that `Truth,' we are invincible.

I am not righteous about this - I was also guilty of this deeply human tendency. But in criticizing communism, we must also recognize another deeply rooted human tendency - to go from one extreme to another. We like to polarize - it makes things simpler. Communism might not have been the `Truth;' But there was truth in communism. That's how it came to occupy a third of the world. That, as I understand it, is what we are trying to do here. Keep hold of what was of value - that which made it effective - while at the same time recognizing its profound limitations and failures.

There was a very `cultic' side to communism. It had a 'Truth,' it had `Saints,' and it had `Popes' (general secretaries). I ran up against this `cultic' side when I began to openly disagree with Gus Hall about the sectarian direction of the Party in the early 1970's. I was shocked by how people I knew and respected responded. Most felt threatened by the idea of a split in the leadership. If there were differences, then the implication was that the Party's positions were just the opinions of a majority - and not the expression of some unquestionable Truth. A dissenting opinion was seen as undermining the unity of the party  - and it got one placed in the category of a `dissident' - a malcontent who is outside the `path of history.'

But you know what? That is how we humans have generally made history - rallying around individuals to whom we ascribe special knowledge or powers. When people are desperate, have to put their lives on the line, they need to have faith in their cause - and open deliberation and doubts about policy are not always welcome. It's very recognizably human - but it's not how we are going to get to where we need to go today.
Communism wasn't a simple movement. It had a deeply irrational side - something it was not aware of. But it was also a child of the Enlightenment. It was an attempt to rationally re-make society. Indeed, since its demise, we have seen a loss of faith in the idea of rationality - that humans can intelligently control their future. Rather, we have seen the growth of fundamentalist religious movements - blind faith as a means to remake society: attempts to impose a revealed Truth on human affairs.

The real rational basis of communism was its claim to be `scientific.' What communists meant by that term, however, varied tremendously. Most thought it simply meant that our ideas were correct. Science, however, is not about the content of ideas. It's a method. It's based on an understanding that the way people logically construct ideas and the way the world actually works are not the same thing. Our ideas about things have to be tested against reality. It was reality that brought communism down.

Communism was rooted in good intentions - the admirable goal of creating a humane, cooperative social order. We still want that - and the world needs it more than ever. But communism couldn't get there. And it's really important to understand why not.

Our job is not to judge communism - history has taken care of that. Our job is for those of who were there to get rid of the old blinders - get out of the bubble - and look with fresh eyes at what happened. There are lessons we need to learn because there is going to be another go at this - humanity needs to take collective control over its resources and its process of development. But we don't yet know the right way to do that.

Communism wanted a better future for humanity, but was unable to deliver it. Its most lasting contribution may well be the lessons that others can learn from its failures.

Rosa Luxemburg and the Libertarian Left

Michael Brie's article is well worth reading, see below.

When Larry Gross and I visted Berlin some years ago, the writer and scholar Eva Illousz introduced us to several members and activists in Die Linke (The Left), a party of democratic socialism with elected members in the Bundestag (the national parliament) and in various Landtags (state legislatures). We enjoyed a conversation with Michael Brie, Conny Hildebrandt and Christina Kaindl, as well as a leisurely lucheon afterward.

Rosa Luxemburg and the Libertarian Left