The Most Successful Con in American History Laid Bare

When you compare Trump’s cons with the $50 trillion that the GOP has swindled out of the American working class and given to the top 1 percent since 1980, Trump looks like a piker 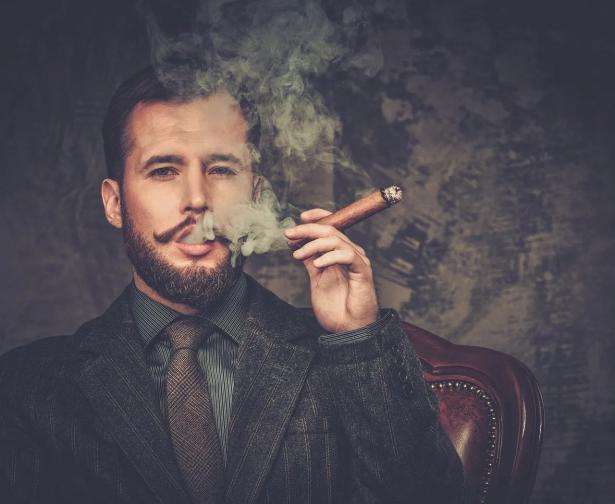 Image by EunHee Han from Pixabay

The title of Maggie Haberman’s new book about Donald Trump is “Confidence Man” and, truth be told, Trump has been a con man his entire life. Haberman documents it all in excruciating detail.

But when you compare Trump’s cons with the $50 trillion that the GOP has conned out of the American working class and given to the top 1 percent since 1980, Trump looks like a piker.

He played his role in that GOP con, of course, setting up the very richest Americans to get more billions of dollars a year in tax breaks for the foreseeable future, but he’s a Johnny-come-lately to the GOP game.

They’ve been running a money-and-power scam on white voters since Nixon’s “Southern Strategy” of the 1960s, a long con that went hypersonic with the election of Ronald Reagan.

This scam has two parts and one giant mechanism to make it possible.

Those two parts are money and political power, and the mechanism is a nationwide conservative media infrastructure for which there is no match on the Democratic or progressive side.

First came the con’s funding and administrative infrastructure. Just like in the movies, a good con requires establishing a strong setup, kind of an alternative world that will bring in the rubes and help you convince them of your alternate reality.

That alternate reality would eventually include a Republican Party that no longer believes in American democracy, and actively works to promote the interests of billionaire oligarchs and foreign dictators over those of America.

It started back in 1971 when tobacco lawyer Lewis Powell wrote a memo to his friend and neighbor Eugene Syndor, the head of the US Chamber of Commerce, warning that the end of capitalism was on the horizon because of Ralph Nader’s consumer movement and Rachel Carson’s environmental movement.

As Lewis Powell wrote in his infamous 1971 memo arguing that businesses and very wealthy individuals needed to mobilize to stop this “assault” on American business:

“Perhaps the single most effective antagonist of American business is Ralph Nader who - thanks largely to the media - has become a legend in his own time and an idol of millions of Americans.”

Powell then quoted a May 1971 article profiling Nader in Fortune magazine:

“The passion that rules in him - and he is a passionate man - is aimed at smashing utterly the target of his hatred, which is corporate power. He thinks, and says quite bluntly, that a great many corporate executives belong in prison - for defrauding the consumer with shoddy merchandise, poisoning the food supply with chemical additives, and willfully manufacturing unsafe products that will maim or kill the buyer. He emphasizes that he is not talking just about 'fly-by-night hucksters' but the top management of blue-chip business.”

This was no less, Powell declared in his next paragraph, than “A frontal assault … on our government, our system of justice, and the free enterprise system…”

His solution, as history shows, was for big corporations and the morbidly rich to create:

After Nixon put Powell on the Supreme Court in 1972 and the Court then legalized political bribery in a decision Powell himself authored (Bellotti), billionaires and corporations got to work creating a nationwide political infrastructure that has absolutely no match on the Democratic or progressive left. It includes:

This new rightwing, billionaire-funded infrastructure has more employees, more offices, and a larger budget than the Republican Party itself.

The result of this 50-year-long investment of billions of dollars and millions of person-hours of time has been a complete shift in American politics away from reality and into the realm of dystopian fantasy.

Because of this massive infrastructure, Republican strategists and politicians can now quite literally create complete bullshit out of thin air and turn it into a national campaign strategy within a few months.

All across America, for example, Republicans are running campaigns warning voters that Democrats support “groomers” in our schools who are “recruiting” young people to drop their birth gender identity and become trans. And then those trans kids, particularly the “boys who become girls,” are unfairly competing in school sports. And while they’re at it, they’re leering at your kid in the bathroom and locker room.

As John Oliver recently and brilliantly pointed out (the video is at the bottom of this article) South Dakota Governor Kristi Noem, who aspires to be president, is a classic example of this strategy at work (other Republican governors across the nation are playing the exact same game).

In the past few decades, Oliver says, there has been only one trans student athlete in the entire state, and that was years ago. There are exactly none today. And even if there were, they don’t represent a threat to anybody and have never committed crimes like those Republicans describe in any school in the country.

But Noem got legislation passed outlawing trans kids from competing in public school sports and has blanketed the airways with ads bragging about how she’s “protecting” the children of North Dakota from this non-existent “threat.”

She’s supported in this by heavy media coverage of the “trans crisis” in North Dakota (and nationwide) including Fox “News,” rightwing talk radio, local TV coverage, newspaper articles and editorials, and a torrent of cash donations.

And she’s not alone: over 100 anti-trans laws have been introduced in our states and 12 different states have signed them into law.

So, here we have Republican politicians acting on behalf of rightwing billionaires as they are spending mind-boggling amounts of time, effort, and money promoting “solutions” to a problem that doesn’t exist.

It begs the question: why?

The answer, it turns out, is straightforward: like in any classic con, they do it because it takes our minds off the fact that they’re robbing us blind.

With Citizens United and it’s progenitors the Supreme Court granted the privileged few an unconstrained license to plunder our nation’s treasure and they now buy legislation, including tax cuts for themselves, the way you and I buy fruit at the grocery store.

Three men today own more wealth than the bottom 50% of Americans. Our 700+ billionaires are more fantastically rich than any king or pharaoh in history.

No other developed country in the world has ever seen our staggering level of wealth inequality and, as if to shove it in Americans’ faces, we’re the only developed nation where both healthcare and education are privileges instead of rights.

In the years since Powell’s Memo was taken to heart by America’s largest corporations and most paranoid billionaires, policies put into place by elected Republicans have:

As a result of all these changes, a national majority of Republican politicians and candidates support Trump’s effort to end our democracy and install strongman fascist rule.

Feeling safe and knowing they can get away with it in this massive GOP media bubble, Republicans now routinely lie to voters to win elections.

And all of this has been accepted — in many cases, cheered on — by white “average American” voters, prompting author Thomas Frank to ask, “What’s the Matter With Kansas?”

The simple answer is: billionaire and corporate greed. These guys set us up for a 40 year con that has taken more out of our pockets than any collection of grifters you’ve ever seen on any movie.

None of this would have been possible if a group of fanatic billionaires hadn’t taken Powell’s memo to heart, if Powell and his Republican colleagues on the Supreme Court hadn’t legalized political bribery, or if there had been a similarly robust think tank and media effort on the left.

But there’s nothing like this on the left. The simple fact is that most people who make billions do so because of a single-minded dedication to making and hoarding money, and that means keeping their regulations minimal and taxes low.

While there are probably a hundred or so rightwing billionaires and morbidly rich multimillionaires in America actively funding Powell’s machine and Republican politicians, the ones I know of helping Democrats can be counted on one hand. And none of them are willing to fund anything like the massive, nationwide media and think tank infrastructure that has emerged from Powell’s marching orders on the hard right.

I once sat in a US Senator’s office with a media billionaire who owned almost a thousand radio stations, hundreds of which carried rightwing shows. I asked him if he’d consider putting progressive shows on even a handful of his stations and he told us bluntly, “I’ll never put anybody on the air who wants to raise my taxes.”

This is the greatest con in American history.

Instead, they’re voting for politicians who want to destroy Social Security, Medicare, public schools, unions, and the rights of racial and gender minorities and women.

Evangelicals think they’re supporting Christ’s work when they vote for Republicans but, as James Madison pointed out, merging church and state inevitably leads to the corruption of both. They think they’re being led by shepherds when, in fact, multimillionaire evangelists and megachurch preachers pitching political messages from the pulpit are ravening wolves (as we keep finding out).

To add insult to injury, these Republican politicians are working as hard as they can to give more tax cuts to billionaires while putting the cost of those tax cuts and our collapsing public schools on our children’s tab.

How much longer will white Americans continue to fall for the Republican pitch that Black people, married gays and lesbians, immigrants, Jews, Muslims, and trans children are trying to “destroy” our country?

How much longer will they continue to vote for politicians who are, as you’re reading these words, working to corrupt the election systems that Thomas Paine called the beating heart of our democratic republic?

We’ll get a clue on November 8th, although this multi-billion-dollar political infrastructure — designed to constrain democracy and promote the interests of oligarchs — will not easily surrender to popular will or even widespread outrage.

Money, it turns out, is power, and that rightwing money has been directed toward this project for a half-century without letup.

It’ll take time to break up the most successful con in American history. But that doesn’t mean we shouldn’t start.