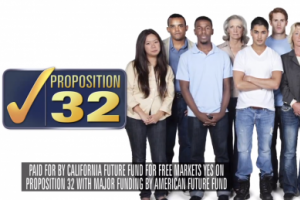 A cadre of wealthy business executives and conservative groups tried to sell California voters on new campaign finance reforms.Couched in lofty rhetoric about the importance of cutting off money from special interests to politicians and other regulations favored by reformers, their proposal sought to ban the practice of using payroll deductions for political expenditures — a popular method of union fundraising: The story of the American Fund and Proposition 32.
Subscribe to The American Fund