BDS: How a Controversial Non-Violent Movement Has Transformed the Israeli-Palestinian Debate (long post) 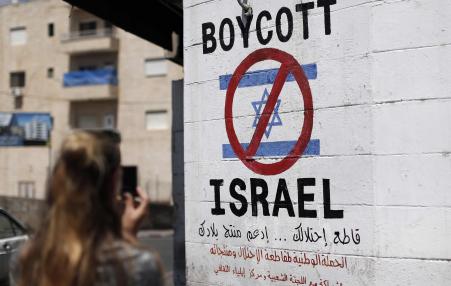 Israel sees the international boycott campaign as an existential threat to the Jewish state. Palestinians regard it as their last resort. The Boycott, Divestment and Sanctions (BDS) movement against Israel has been driving the world a little bit mad.
August 19, 2017

Senate Bill 720: Making It a Crime to Support Palestinian Rights 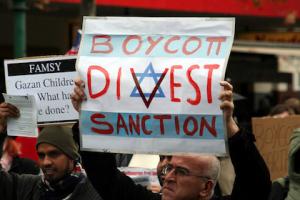 It is fascinating to watch certain US senators tripping over themselves as they attempt to defend their support for or opposition to the proposed legislation that would make it a crime to support the campaign to Boycott, Divest, or Sanction Israel (BDS) for its continued occupation of Palestinian lands. Their efforts to square the circle of their "love of Israel", opposition to BDS, support for a "two-state solution", and commitment to free speech, has them in knots.
July 10, 2017 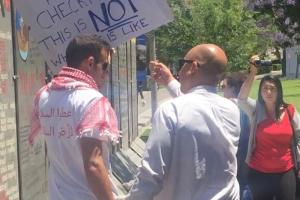 University of California, Irvine is once again investigating the school’s Students for Justice in Palestine group after a protest of an event featuring Israeli soldiers last month.
July 18, 2015

The BDS Movement at 10: An Interview with Omar Barghouti 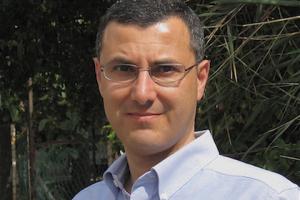 Mondoweiss co-editors Adam Horowitz and Philip Weiss talk with Palestinian human rights activist Omar Barghouti, on the 10th anniversary of the Boycott, Divest, and Sanction (BDS) movement. Barghouti is co-founder of the movement, which, he says, has played a critical role in changing the discourse on the question of Palestine after more than two decades of a “fraudulent peace process” that undermined Palestinian rights and served as a fig leaf for Israeli expansion.
July 18, 2013 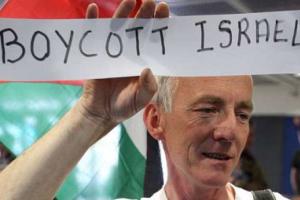 With Israel entering into another round of diplomatic inaction, the call for an economic boycott has become a patriotic requirement. Haaretz editorial board member Gideon Levy adds his voice to world-wide call for boycott of Israel.
Subscribe to Boycott of Israel