US Labor Law at 80: The Enduring Relevance of Class Struggle Unionism 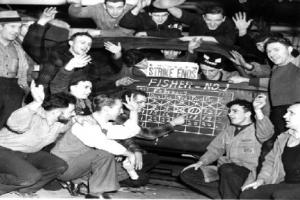 At the center of the liberal democratic system, workers have fiercely resisted exploitation through the development of worker-based organizations rooted in the ideal of paving the road to a classless and democratic society. All those seeking greater labor militancy must recognize that traditional unions are unable to escape the trap set in the 1930s through fidelity to the collective bargaining agreement. [An earlier version was published by CounterPunch.] 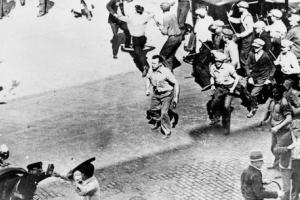 The book under review examines the rise of American capitalism, the visionary attempts by workers to resist and the housebreaking of a long-running anti-capitalist ethos from imaginative, frenzied opposition to diffuse, angry, but ultimate accommodation. While a residual 19th century fight-back culture built the CIO and defended the New Deal into the 1960s, it lacked the same emancipatory charge it had earlier, and unions shifted to cautious monitors of the working class 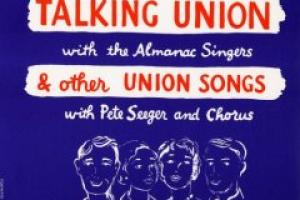 Pete Seeger marched and performed at hundreds of rallies for different unions over the years. "Pete has always had an interest in the labor movement and has been associated with unions," said, Henry Foner, who had known Seeger for more than 60 years. "Whenever there was a problem that a union had, Pete was always available."
Subscribe to Congress of Industrial Organizations