'They're Not Going tTo F**King Succeed': Top Generals Feared Trump Would Attempt a Coup After Election, According to New Book 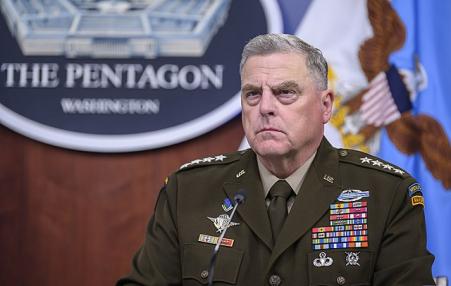 For the first time in modern US history the nation's top military officer, whose role is to advise the president, was preparing for a showdown with the commander in chief because he feared a coup attempt after Trump lost the November election.
Subscribe to Gen. Mark A. Milley