Clinton Lost Because PA, WI, and MI Have High Casualty Rates and Saw Her as Pro-war, Study Says

Philip Weiss Mondoweiss
An important new study has come out showing that Clinton paid for this arrogance: professors argue that Clinton lost the battleground states of Wisconsin, Pennsylvania, and Michigan in last year’s presidential election because they had some of the highest casualty rates during the Iraq and Afghanistan wars and voters there saw Clinton as the pro-war candidate.
February 2, 2016

Adding Up the Costs of Hillary Clinton’s Wars; Or, Hillary & the Urn of Ashes 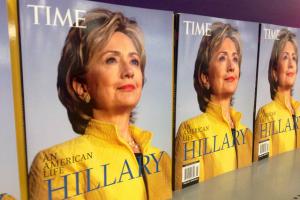 Historical blindness has been much on display in the primary season. On the Republican side, candidates promised to “kick ass” in Iraq, make the “sand glow” in Syria, and face down the Russians in Europe. While the Democratic aspirants were a little more measured, they generally share the pervasive ideology that binds together all but “cranks” like Ron Paul: America has the right, indeed the duty, to order the world’s affairs.
Subscribe to Hillary Clinton Foreign Policy