The Forgotten Radical History of the March on Washington 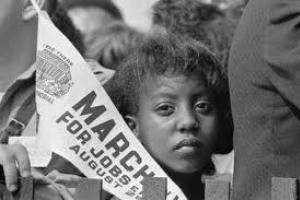 The March on Washington for Jobs and Freedom, which occurred fifty years ago this August 28, remains one of the most successful mobilizations ever created by the American Left. Organized by a coalition of trade unionists, civil rights activists, and feminists—most of them African American and nearly all of them socialists—the protest drew nearly a quarter-million people to the nation’s capital. Yet the Left has not claimed the March as its legacy.
Subscribe to Jr