All Risk, No Reward 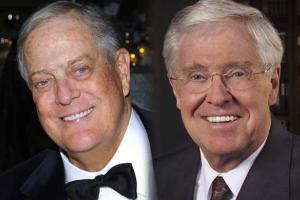 A new study released today concludes that Koch Industries and its subsidiaries stand to make as much as $100 billion in profits if the controversial Keystone XL pipeline is given the go-ahead by U.S. President Obama. The report is called the "Billionaires’ Carbon Bomb: The Koch Brothers and the Keystone XL Pipeline."
October 14, 2013

The Grassroots Battle Against Big Oil 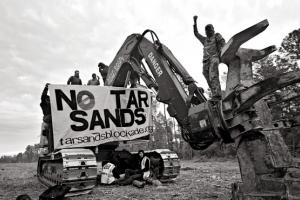 In the past year, the Austin Heights congregation has found itself in the thick of the intense fight over the Keystone XL pipeline, specifically the southern leg of it—running from Cushing, Oklahoma, through East Texas (within twenty miles of Nacogdoches) to Gulf Coast refineries in Port Arthur and Houston—which was fast-tracked by President Obama in March 2012 and is now nearing completion, according to TransCanada, the Canadian corporation building it.
May 21, 2013

Elders and chiefs of at least 10 sovereign nations walked out of a meeting with U.S. State Department officials in Rapid City, South Dakota, on Thursday May 16 in which the government was attempting to engage in tribal consultation over the Keystone XL pipeline.
May 19, 2013

Mound of Canadian Oil Waste Is Rising Over Detroit 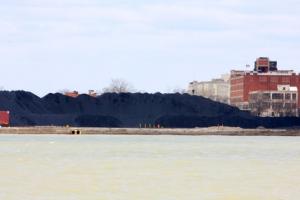 Detroit’s ever-growing black mountain is the unloved, unwanted and long overlooked byproduct of Canada’s oil sands boom. And no one knows quite what to do about it, except Koch Carbon, which owns it. The company sells the high-sulfur, high-carbon waste, usually overseas, where it is burned as fuel.
May 13, 2013

Thoreau's Radicalism and the Fight Against the Fossil-Fuel Industry

As the battle over Keystone moves toward a climax this summer or fall, when Obama is expected to make a final decision, it has become the central rallying point for a broad and diverse climate movement at what looks like a pivotal, and “radicalizing,” moment. More and more, what Bill McKibben recently dubbed the “Fossil Fuel Resistance” is turning to nonviolent direct action and civil disobedience to make its demands seen and heard.
April 3, 2013

Keystone - When to Say No