Revolutions Without Borders - Review - Thomas Paine and Other Radicals 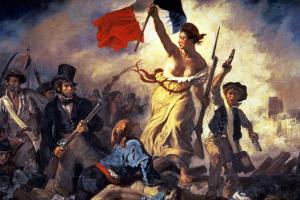 A new book chronicles the travelers ignoring borders to spread ideas of liberty and equality, from the American revolution to the declaration of Haitian independence. "Without social media or even an international postal system," author Janet Polasky writes, "revolutionaries shared ideals of liberty and equality across entire continents." Decades before Marx, these internationalist radicals were soon betrayed by the very societies they helped build.
Subscribe to Mary Wollstonecraft