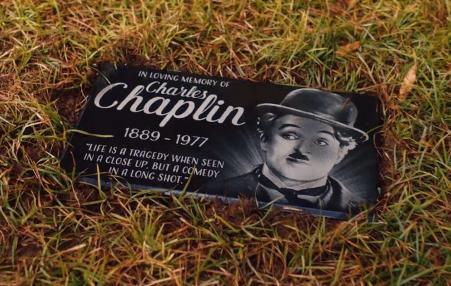 In 1978 body snatchers really did dig up and try to ransom the corpse of the legendary actor Charlie Chaplin shortly after his death. 'Stealing Chaplin' uses this fact-based bit of skullduggery as a mere launching pad for its fact-free comedy.
Subscribe to Paul Tanter