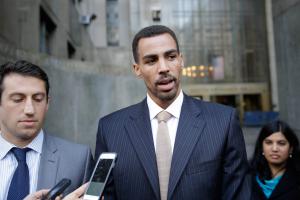 After the NYPD broke his leg and charged him with resisting arrest, NBA star Thabo Sefolosha cleared his name in court. Here's what we learned. The NYPD has a racism problem that was just proven in open court. One of the least covered aspects in this trial was the surveillance footage of the initial approach by police. They passed Thabo's white teammate Pero Antic and making a beeline for Thabo. He was in their sights. He was their target. His skin was a bull's-eye.
Subscribe to Thabo Sefolosha