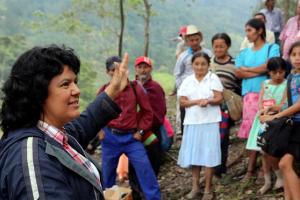 Honduran environmental activist’Berta Cáceres' killing a year ago bears the hallmarks of an operation designed by military intelligence. E’xtrajudicial killings by the security forces and widespread impunity are among the most serious human rights violations in Honduras, according to the US state department. Nevertheless, the US is the main provider of military and police support to Honduras, and last year approved $18m of aid.
January 9, 2017 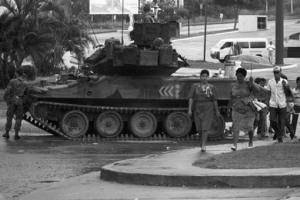 “For Panamanians, nothing justifies the death of a civilian,” said one of the commissioners tasked with uncovering the truth behind the invasion. Panamanians marked the 27th anniversary Dec. 20, 2016 of the 1989 U.S. invasion of the Central American country as the exact number of victims remains unknown more than a quarter of a century after the events.
July 19, 2015

What Are Foreign Military Bases For? 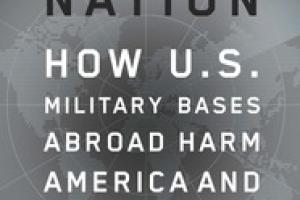 If you're like most people in the United States, you have a vague awareness that the U.S. military keeps lots of troops permanently stationed on foreign bases around the world. Have you ever really investigated to find out how many, where exactly, at what cost, to what purpose, and in terms of what relationship with the host nations?A wonderfully researched new book, six years in the works, answers these questions in a manner you'll find engaging.
July 7, 2015

The Confederate Flag at War (But Not the Civil War) 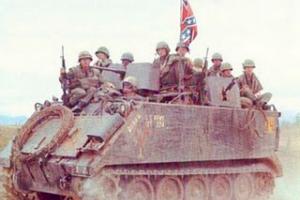 “Northerners and Southerners agreed on little” in the years after the Civil War, historians Boyd Cothran and Ari Kelman write, “except that the Army should pacify Western tribes.” Reconstruction -- Washington’s effort to set the terms for the South’s readmission to the Union and establish postwar political equality -- was being bitterly opposed by defeated white separatists. “Many Americans found rare common ground on the subject of Manifest Destiny.”
June 20, 2015

US To Pay Millions for Agent Orange Claims 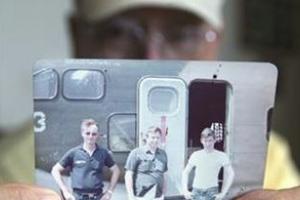 More than 2,000 Air Force veterans and reservists are set to receive over $47.5 million for exposure to the harmful chemical. Ending years of wait, the government agreed Thursday to provide millions of dollars in disability benefits to as many as 2,100 Air Force reservists and active-duty forces exposed to Agent Orange residue on airplanes used in the Vietnam War.
March 16, 2015

Domestic Military Expansion Spreads Through the US, Ignites Dissent 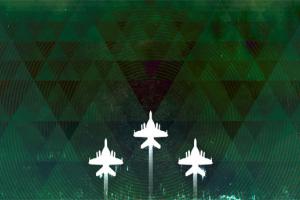 What if you lived in a country that allowed its Navy to fly the loudest aircraft in the world over your home day and night, generating sonic booms that rattled the windows of people living in a neighboring country, and test new weapons in areas that would knowingly harm, or possibly kill, humans and wildlife? Welcome to the United States, which has a military with an increasing domestic expansion that may soon be coming to your town, city or national forest.
October 14, 2014

Investing in Junk Armies: Why US Efforts to Create Foreign Armies Fail

William Astore TomDispatch
To put it bluntly, when confronting IS and its band of lightly armed irregulars, a reputedly professional military, American-trained and -armed, discarded its weapons and equipment, cast its uniforms aside, and melted back into the populace. What this behavior couldn’t have made clearer was that U.S. efforts to create a new Iraqi army, much-touted and funded to the tune of $25 billion over the 10 years of the American occupation had failed miserably.
December 16, 2013 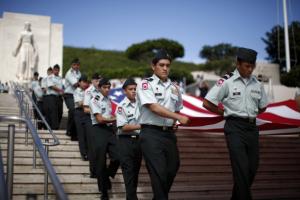 It should be no secret that the United States has the biggest, most efficiently organized, most effective system for recruiting child soldiers in the world. With uncharacteristic modesty, however, the Pentagon doesn’t call it that. Its term is “youth development program.”
September 27, 2013

US Atomic Bomb Detonation Avoided by 'The Slightest Margin of Chance' 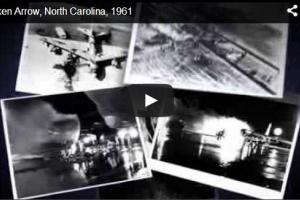 Our Ministry of Planning 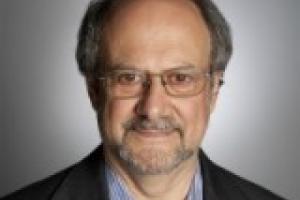 In the case of energy policy, what's holding back innovation and domestic production is the absence of assured markets for startups. But in this anti-government, laissez-faire nation, the military gets a safe conduct pass to do something that no other branch of government is ideologically allowed to do -- commit the sin of economic planning.
Subscribe to US military