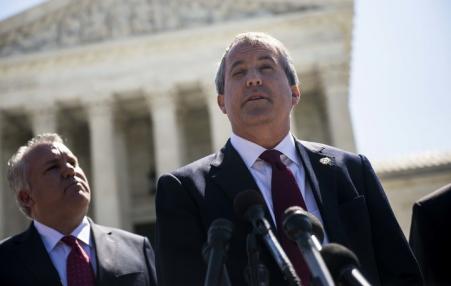 “That’s inaccurate at this point. None of that has been proven,” a local election official said.
January 6, 2019 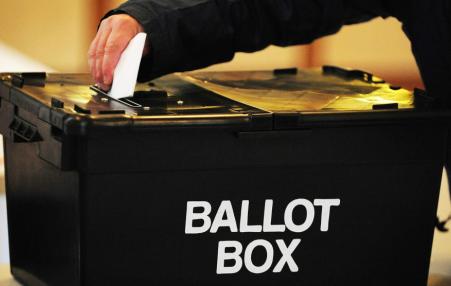 Distrustful, Desperate and Forgotten: A Recipe for Election Fraud 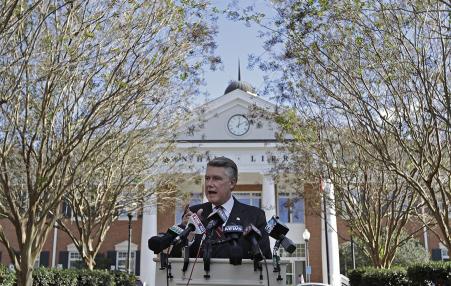 How a small rural county’s petty political feuds could shape the next Congress.
July 1, 2017

No Voter Data for Trump 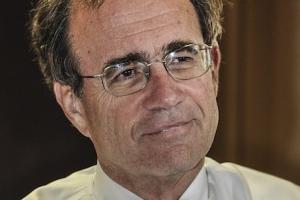 Mississippi Sec. Of State Refuses To Turn Over Voter Data And Tells Trump To Go Jump In The Gulf
May 28, 2017 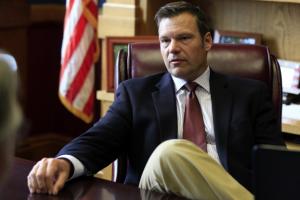 Lacking even the veneer of bipartisanship, the Kobach Commission represents an assault on basic voting rights.
October 23, 2016

Voter Suppression Is a Much Bigger Problem Than Voter Fraud 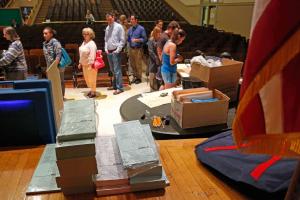 Trump’s rigged election lies distract from the real threat to American democracy. You’re more likely to be struck by lightning than impersonate another voter at the polls. The real danger to American democracy stems from GOP efforts to make it harder to vote.
March 24, 2016 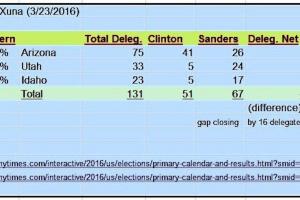 Tuesday voters flooded to the polls and caucuses in Arizona, Idaho and Utah. Hillary Clinton won Arizona, but Sanders gained in the delegate count by swamping her in the Idaho and Utah caucuses, generating turnouts that overwhelmed caucus sites. Arizona lines were so long because election officials in Phoenix's Maricopa County, the largest in the state, reduced the number of polling places by 70 percent from 2012 to 2016, to just one polling place per every 21,000 voters
March 19, 2015 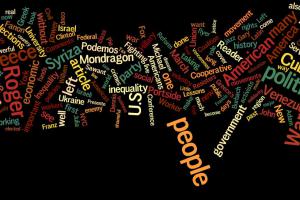 The Myth of Voter Fraud 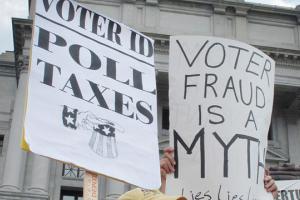 "I think the phony claims and renewed political chicanery are a reflection of the fact that a century-and-a-half after the Civil War, and 50 years after the signing of the Voting Rights Act, a deeper struggle for democracy, equality and inclusion continues." -- Lorraine C. Minnite
October 31, 2014 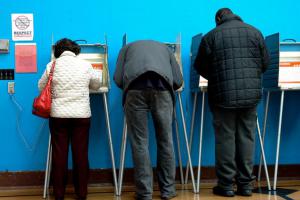