Why we still need the Voting Rights Act

This week the Supreme Court will hear one of the most important cases in our generation, Shelby County v. Holder. At issue is Section 5 of the Voting Rights Act, which requires all or parts of 16 “covered” states with long histories and contemporary records of voting discrimination to seek approval from the federal government for voting changes. 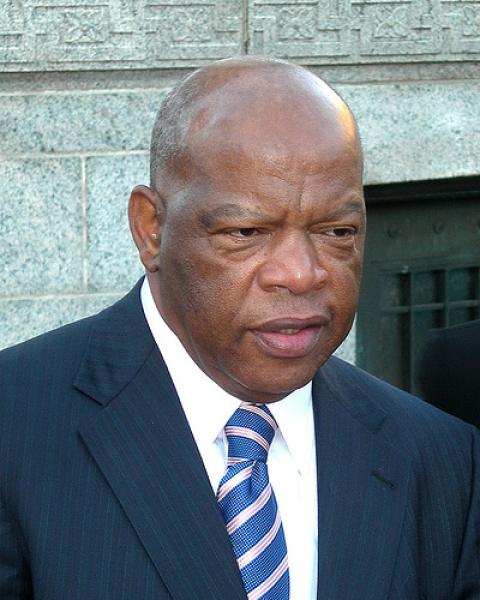 On “Bloody Sunday,” nearly 50 years ago, Hosea Williams and I led 600 peaceful, nonviolent protesters attempting to march from Selma to Montgomery to dramatize the need for voting rights protection in Alabama. As we crossed the Edmund Pettus Bridge, we were attacked by state troopers who tear-gassed, clubbed and whipped us and trampled us with horses. I was hit in the head with a nightstick and suffered a concussion on the bridge. Seventeen marchers were hospitalized that day.

In response, President Lyndon Johnson introduced the Voting Rights Act and later signed it into law. We have come a great distance since then, in large part thanks to the act, but efforts to undermine the voting power of minorities did not end after 1965. They still persist today.

This week the Supreme Court will hear one of the most important cases in our generation, Shelby County v. Holder. At issue is Section 5 of the Voting Rights Act, which requires all or parts of 16 “covered” states with long histories and contemporary records of voting discrimination to seek approval from the federal government for voting changes. The court is questioning whether Section 5 remains a necessary remedy for ongoing discrimination.

In 2006, Congress debated this very question over 10 months. We held 21 hearings, heard from more than 90 witnesses and reviewed more than 15,000 pages of evidence. We analyzed voting patterns in and outside the 16 covered jurisdictions. We considered four amendments on the floor of the House; the Senate Judiciary Committee considered several others.

After all of that, Congress came to a near-unanimous conclusion: While some change has occurred, the places with a legacy of long-standing, entrenched and state-sponsored voting discrimination still have the most persistent, flagrant, contemporary records of discrimination in this country. While the 16 jurisdictions affected by Section 5 represent only 25 percent of the nation’s population, they still represent more than 80 percent of the lawsuits proving cases of voting discrimination.

It is ironic and almost emblematic that the worst perpetrators are those seeking to be relieved of the responsibilities of justice. Instead of accepting the ways our society has changed and dealing with the implications of true democracy, they would rather free themselves of oversight and the obligations of equal justice.

Calera, a city in Shelby County, Ala., provides a prime example. Once it was an all-white suburb of Birmingham. Rapid growth created one majority-black district that in 2004 had the power, for the first time, to elect a candidate of its choice to city government, Ernest Montgomery.

Just before the 2008 election, however, the city legislature redrew the boundaries to include three white-majority districts in an effort to dilute the voting power of black citizens. The Justice Department blocked the plan, but Calera held the election anyway, and Montgomery was toppled from his seat.

In 2012, Section 5 was used to block Texas from implementing the most restrictive voter law in the country, which threatened the rights of more than 600,000 registered voters, predominantly Latinos and African Americans.

Kilmichael, Miss., was blocked from canceling elections shortly after the results of the 2000 Census demonstrated a black-voting majority that could, for the first time, elect the candidate of its choice.

Such cases are numerous and exemplify the “unprecedented legislative record” amassed in 2006. That mountain of evidence paved the way for a bipartisan majority in Congress to reauthorize Section 5 by a vote of 390 to 33 in the House and 98 to 0 in the Senate.

Opponents of Section 5 complain of state expense, yet their only cost is the paper, postage and manpower required to send copies of legislation to the federal government for review, hardly a punishment.

But without Section 5, guaranteed civil liberties of millions of voters could be flagrantly denied, and those violations would remain in force and nearly unchecked unless a lawsuit provided some eventual relief. The act also rewards progress. In fact, every jurisdiction that has applied for bailout, demonstrating a clean record over 10 years, has been freed from Section 5 compliance.

Evidence proves there are forces in this country that willfully and intentionally trample on the voting rights of millions of Americans. That is why every president and every Congress, regardless of politics or party, has reauthorized Section 5.

The right to vote is the most powerful nonviolent tool we have in a democracy. I risked my life defending that right. Some died in the struggle. If we are ever to actualize the true meaning of equality, effective measures such as the Voting Rights Act are still a necessary requirement of democracy.