Blow for BigPharma, Win for the People in Patent Ruling 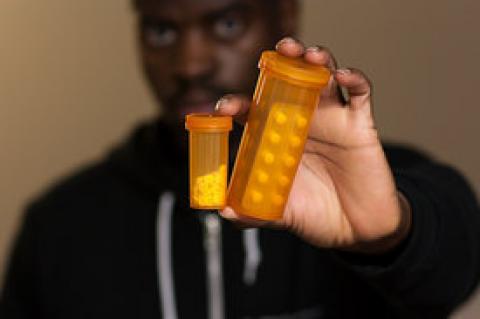 Pharmaceutical giant Bayer has been dealt a blow with a precedent-setting ruling that allows the production of a low-cost version of its patented cancer drug Nexavar in India, vastly expanding access to the drug and challenging the global pharmaceutical monopolies that put potentially life-saving drugs out of reach for many.

On Monday, the Intellectual Property Appellate Board (IPAB) upheld a compulsory license given by India last year to Hyderabad-based Natco Pharma for its generic version of Nexavar, used in the treatment of kidney and liver cancer, dismissing a plea from Bayer to overturn that license.

Under a global Trade-Related Aspects of Intellectual Property Rights (TRIPS) agreement, countries can issue compulsory licenses on certain drugs that are deemed unaffordable to a large section of their populations.

The ruling, the first in which the IPAB said the use of a compulsory license was legal, also stated that Natco would have to pay Bayer 7% in royalties for the drug.

In an interview with The Economic Times, Finance Director of Natco Pharma Bhaskar Narayana stated the importance of the landmark ruling.

"This only means that the IPAB has reaffirmed the crucial concept of making life-saving medicines available and affordable to the suffering masses. Therefore, it is big news not only for Natco Pharma, but also for the millions of cancer patients who cannot afford high value drugs," stated Narayana.

"The decision means that the way has been paved for compulsory licenses to be issued on other drugs, now patented in India and priced out of affordable reach, to be produced by generic companies and sold at a fraction of the price," BBC News quoted Leena Menghaney of the medical charity Medecins Sans Frontieres (MSF) as saying.

While representing a victory for people, the Connecticut Law Tribune points out how the ruling may leave big pharmaceutical firms shaking:

This is exactly what multinational pharmaceutical companies fear. While this is the first case of a compulsory license in India, drug makers are worried about their patents in India for other reasons. The country has already revoked some patents granted to Pfizer, Roche Holding AG, and Merck & Co., for example. And it rejected Swiss drug maker Novartis’s patent application for the leukemia drug Glivec. Novartis appealed that ruling, and has been awaiting a ruling from the Indian Supreme Court. That ruling could come soon.