The National Union of Healthcare Workers (NUHW) will have a second chance at a representation election at Kaiser Permanente. And it's because the National Labor Relations Board (NLRB) will be holding a revote of a 2010 representation election between NUHW and SEIU-UHW where the latter prevailed by violating the law and colluding with Kaiser to rig the vote. There is no nice way to say it. These are the facts. 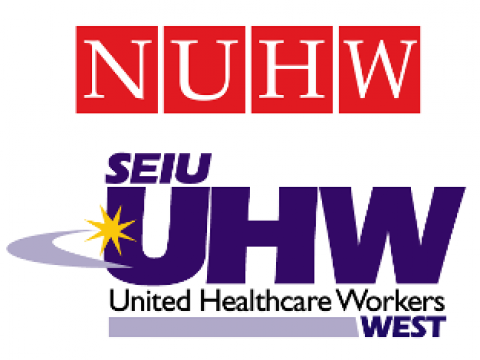 Except for maybe the famously intractable George Bush and Dick Cheney, it’s pretty common to want to take back something we did in life. American slang celebrates this new opportunity – we get “another swing at the bat,” “another crack at it” or we take “a mulligan” which for millions of amateur golfers means replaying an errant shot that lands in a bunker. This is where 45,000 Kaiser Permanente healthcare workers spread across 32 locations in California find themselves today. The National Union of Healthcare Workers (NUHW) argues they have a second chance to dig themselves out of a sand trap.

It’s because the National Labor Relations Board (NLRB) announced a revote of a 2010 representation election between NUHW and SEIU-UHW where the latter prevailed by violating the law and colluding with Kaiser to rig the vote. There is no nice way to say it. These are the facts.

The government agency admitted it rarely overturns elections of this size and scope but on this occasion, the egregious violations compelled it to act. The official NLRB statement noted misconduct by “SEIU-UHW, that the judge found to have interfered with the employees’ exercise of a free and reasoned choice.”

A new mail ballot election has been, therefore, scheduled for April 5 to April 29 with the vote count starting on May 1.

I recently spent an afternoon at Kaiser San Francisco to see what I could find out.

“Look, I have a life outside of work but at the same time, the outcome of this election will directly affect my life and so I am doing what I can to talk to co-workers about voting NUHW,” David B. told me. He is a Radiology tech with 15 years experience and he is frustrated.

“We have voted on two contracts since SEIU took over in 2009 but none of us were shown the language prior to voting. Later, we learned some important things we weren’t originally told such as agreements reducing pension benefits and eliminating jobs.”

This is true. In language that reverses years of job security guarantees, SEIU-UHW’s 2012 contract with Kaiser commits the union to a “joint process for looking at restructuring work away from the bargaining unit.”  NUHW leaflets state this has already resulted in 1000 layoffs statewide.

Regarding retirement, SEIU had already agreed in 2010 to give Kaiser a 15% cut in the contract’s lump sum pension payout but in 2012 the union went further and agreed with management to freeze retiree health benefits. Starting in January, 2017: “the employers’ cost-share shall be capped at a fixed dollar amount effective January 1, 2017.″ (SEIU-UHW/Kaiser National Agreement Section 2.B.2.h: Retiree Medical Benefits).

Up to now, Kaiser retirees enjoyed the same prescription, emergency room and hospital coverage they received as active employees. This ends with SEIU-UHW’s latest contract.

Management saves $1.8 billion but neither the company nor SEIU openly admits this is accomplished by shifting medical costs to employees in their retirement years. Meanwhile, Kaiser CEO George Halvorsen is covered by eight pension plans and shamelessly collects almost $9 million a year in compensation.

“Yet,” David said, “our dues still went up to around $90 a month and we don’t see our union representatives.”

“I gave SEIU a chance after they won the last election back in 2010. We all did, everyone in my department,” Soni Armstrong told me. Soni is a medical assistant in the surgery clinic and has worked at Kaiser San Francisco for 13 years.

Michael Turk, an 18-year ER tech and Certified Nursing Assistant, echoed these same sentiments. “SEIU stewards seem to only appear when they want to push their own thing. It took me a month to reach a steward to get information to help a co-worker and that is neither an isolated nor an exaggerated experience.”

Employees disrupted by these changes have seniority and bidding rights but if a steward does not actively intervene, the company will unilaterally implement policy without employee input.

And that is frequently happening.

“I don’t know of any department at Kaiser San Francisco where Unit-based teams are operating,” 11-year Pharmacy tech Kelela Moberg told me. “These management/employee/union teams are supposed to involve the employees in operational decisions that affect our lives. In fact, they are non-functioning and SEIU doesn’t do anything about it,” Kelela said.

In addition to these unaddressed complaints of everyday working conditions, dramatic increases in discipline cases were also reported to me, including a growing number of terminations that have gone unchallenged by SEIU.

In fact, the blog sternburgerwithfries documents over 1000 Kaiser employee grievances still lingering in limbo, including over 239 for wrongful termination.

Phooey! says SEIU-UHW We have just this to say, SEIU-UHW spokesperson Steve Trossman told me: "We are highly confident that Kaiser workers by a large margin will vote for SEIU-UHW to keep the best contract in the hospital industry."

This confidence is shared by many UHW supporters quoted on the union’s website. “To most Kaiser workers, voting for SEIU-UHW is a no-brainer,” writes Verna Hampton, a receptionist in Patient Registration at Kaiser West Los Angeles.

“We have negotiated two contracts with 18% raises, and the best benefits, pension and job security in the hospital industry.”

Nonetheless, I found it a bit ironic that UHW’s website fails to mention its jobs security and pension concessions while at the same time unabashedly proclaiming in large, bold type that “Facts Don’t Lie.”

In any case, amid these important discussions of the issues, a new factor has emerged.

A NUHW-CNA alliance has just been forged which means 18,000 Kaiser nurses of the California Nurses Association (CNA) and 4,000 Kaiser mental health and healthcare professionals of NUHW, potentially become the biggest union in all of Kaiser Permanente.

One Big Hospital, One Big Union

“It’s hard to overestimate how important this unity is,” Katy Roemer told me. Katy is CNA board member and a nurse for 18 years, half of those spent working at Kaiser Oakland’s Mom/Baby unit.

“Kaiser is a huge and profitable institution emboldened by SEIU-UHW’s concessions,” Katy explained. “To preserve and to even think about advancing our primary obligations of patient care while maintaining decent working and living conditions, employees need each other. We all need to be on the same page and it’s pretty clear that UHW is just not on that page.”

It seems obvious that the NUHW-CNA alliance makes the commitment to protect the interests of employees even more real. And, after all, that’s what it’s all about.

Farm worker leader Cesar Chavez would often remind us that “the fight is never about grapes or lettuce. It is always about people.” So true. By the same token, this Kaiser election is also about people, many hoping they get it right the second time around.

Carl Finamore is Machinist Lodge 1781, IAMAW, delegate to the San Francisco Labor Council. He can be reached at local1781@yahoo.com