Some argue that the National Labor Relations Act has always been a fatally flawed law that was incapable of keeping its promises of promoting employees' rights to form and join unions and to provide mutual aid and support to one another. But is that true? 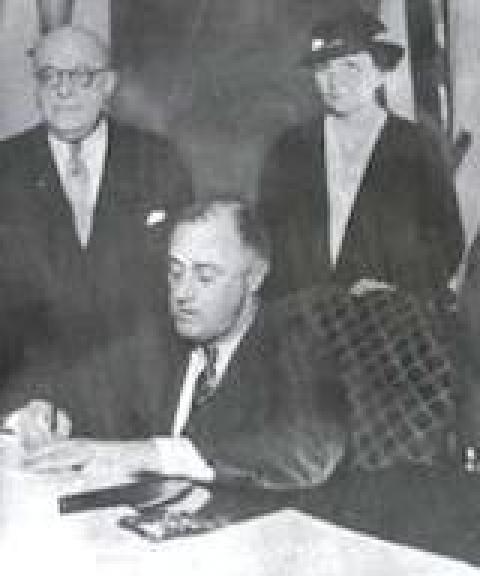 Congress enacted the National Labor Relations Act to restore equality of bargaining power between employees and employers. The problem Congress saw was that while employers had the right to incorporate or form partnerships, employees had no legal right to form collective organizations. That inequality of bargaining power was used to depress wages and the purchasing power of wage earners, leading to economic depressions and recessions.

In the midst of the Great Depression, Congress decided it must end this inequality between employees, who had only the power of an individual, and employers, who had the legal right to become collective and pool their power by forming corporations and partnerships. That insight led Congress to enact the National Labor Relations Act to equalize bargaining power and restore prosperity to the United States.

It appears that the 1935 Congress was correct. Giving employees the right to form unions and act collectively created a counterbalance to the collective power of employers. Before the NLRA was enacted, the United States regularly went through economic "panics" roughly every 20 years.

It was not until the early 1980s that economic collapses returned to the United States as a result of deregulation of the savings and loan industry. That collapse was triggered by easing financial regulations, but it also took place amidst declining union membership as workers faced massive restructuring and closings.

In other words, something positive happened after the NLRA was enacted and union membership was high, and it stopped working as union numbers declined. However, in the years leading up to the Great Recession, union membership - and power - declined while employers amassed ever greater wealth and power. The result was an imbalance in union bargaining and political power that led to a decline in employees' wages, benefits, job security, and working conditions in general.

Some argue that the National Labor Relations Act has always been a fatally flawed law that was incapable of keeping its promises of promoting employees' rights to form and join unions and to provide mutual aid and support to one another. But is that true?

After the NLRA was enacted, union membership soared; so something made it easier to organize unions then. Membership grew and remained high for many decades. It remained high despite the enactment of the Taft-Hartley and Landrum-Griffin amendments to the NLRA, both of which restricted union power. What was it that changed in recent years?

The answer to these questions matter, and not just for organizing or increasing union bargaining power and influence. Equality of bargaining power is also necessary to preserve our democratic system of governance. Collective action generated by unions encourages and enables worker involvement in the political process - and not just electoral politics. Unions also campaign for issues that make democracy and democratic engagement flourish.

These issues matter to individuals, to our communities, and to our country as a whole. It is for these reasons that we are launching a series to identify and explain how the NLRA was weakened and what we must do to reverse that process and restore equality of bargaining power and democratic governance in the 21st century.

[This article is the first in a series to be published weekly.]

Ellen Dannin is Fannie Weiss distinguished faculty scholar and professor of law at Penn State Dickinson School of Law and author of "Taking Back the Workers' Law - How to Fight the Assault on Labor Rights."]