Under My Presidency, Chavez's Revolution Will Continue

Venezuela has lost an extraordinary leader, but his democratic and socialist project of transformation is more alive than ever 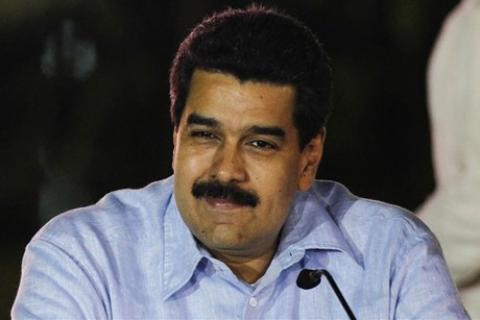 A month ago Venezuela lost a historic leader who spearheaded the transformation of his country, and spurred a wave of change throughout Latin America. In Sunday's election Venezuelans will choose whether to pursue the revolution initiated under Hugo Chavez – or return to the past. I worked closely with President Chavez for many years, and am now running to succeed him. Polls indicate that most Venezuelans support our peaceful revolution.

Chavez's legacy is so profound that opposition leaders, who vilified him only months ago, now insist they will defend his achievements. But Venezuelans remember how many of these same figures supported an ill-fated coup against Chavez in 2002 and sought to reverse policies that have dramatically reduced poverty and inequality.

To grasp the scale of what has been achieved, it's necessary to recall the state of my country when Chavez took office in 1999. In the previous 20 years Venezuela had suffered one of the sharpest economic declines in the world. As a result of neoliberal policies that favoured transnational capital at the expense of people's basic needs, poverty soared. A draconian market-oriented agenda was imposed through massive repression, including the 1989 massacre of thousands in what is known as the Caracazo.

This disastrous trend was reversed under Chavez. Once the government was able to assert effective control over the state oil company in 2003, we began investing oil revenue in social programmes that now provide free healthcare and education throughout the country. The economic situation vastly improved. Poverty and extreme poverty have been reduced dramatically. Today Venezuela has the lowest rate of income inequality in Latin America and the Caribbean.

As a result our government has won almost every election or referendum since 1998 – 16 in all – in a democratic process the former US president Jimmy Carter called "the best in the world". If you haven't heard much about these accomplishments, it may have something to do with the influence of Washington and its allies on the international media. They have been trying to de-legitimise and get rid of our government for more than a decade, ever since they supported the 2002 coup.

We have also worked to transform the region: to unite the countries of Latin America and work together to address the causes and symptoms of poverty. Venezuela was central to the creation of the Union of South American Nations (Unasur) and the Community of Latin American and Caribbean States (Celac), aimed at promoting social and economic development and political co-operation.

The media myth that our political project would fall apart without Chavez was a fundamental misreading of Venezuela's revolution. Chavez has left a solid edifice, its foundation a broad, united movement that supports the process of transformation. We've lost our extraordinary leader, but his project – built collectively by workers, farmers, women, indigenous peoples, Afro- descendants, and the young – is more alive than ever.

The media often portray Venezuela as on the brink of economic collapse – but our economy is stronger than ever. We have a low debt burden and a significant trade surplus, and have accumulated close to $30bn in international reserves.

There are of course many challenges still to overcome, as Chavez himself acknowledged. Among my primary objectives is the need to intensify our efforts to curb crime and aggressively confront inefficiency and corruption in a nationwide campaign.

Internationally, we will continue to work with our neighbours to deepen regional integration and fight poverty and social injustice. It's a vision now shared across the region, which is why my candidacy has received strong support from figures such as the former Brazilian president Lula da Silva and many Latin American social movements. We also remain committed to promoting regional peace and stability, and this is why we will continue our energetic support of the peace talks in Colombia.

Latin America today is experiencing a profound political and social renaissance – a second independence – after decades of surrendering its sovereignty and freedom to global powers and transnational interests. Under my presidency, Venezuela will continue supporting this regional transformation and building a new form of socialism for our times. With the support of progressive people from every continent, we're confident Venezuela can give a new impetus to the struggle for a more equitable, just and peaceful world.