Read Him His Rights

The capture of bombing suspect Dzhokhar Tsarnaev presents an opportunity to show that fighting terrorism doesn't require abandoning the Constitution. 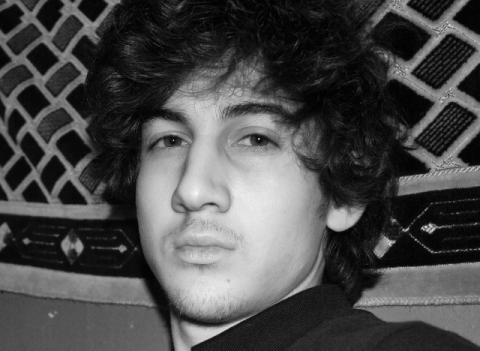 The capture of Dzhokhar Tsarnaev presents an important test for federal and state authorities: Can the United States resist the temptation to violate the civil liberties of people suspected of engaging in acts of terrorism? In some important respects, we seem to have avoided the systematic civil-liberties violations of the Bush administration. But when it comes to informing Tsarnaev of his Fifth Amendment rights,  Obama is buying into the myth that ordinary police process is inadequate for dealing with domestic terrorism.

It is not clear what the Obama administration will do with Tsarnaev, who has not been read his Miranda rights and who is engaging only in written communication from his hospital bed. But U.S. Attorney Carmen Ortiz has cited a "public-safety exemption in cases of national security and potential charges involving acts of terrorism" and indicated that Tsarnaev will be interrogated for at least a 48-hour period without being informed of his constitutional right to a lawyer and to avoid self-incrimination.

To his credit, the president appears determined to try Tsarnaev in a civilian court. It says something about the debased state of American political discourse that this should be something for which he deserves credit, but the administration has already been attacked for not going far enough. For a glimpse into the contemporary Republican mindset, one need look no further than the statement issued by Sens. Lindsey Graham, John McCain, and Kelly Ayotte and Representative Peter King, who argue that Tsarnaev "clearly is a good candidate for enemy-combatant status." While the Obama administration has abandoned the term, it would mean that Tsarnaev would not be accorded ordinary due-process rights but could be arbitrarily detained and denied a civilian trial. (Graham also informed Washington Post Republican stenographer Jennifer Rubin that the Boston Marathon bombings are "Exhibit A of why the homeland is the battlefield" and advocated more drone surveillance.) The fact that we can be confident that Obama will resist these extreme claims, and that Tsarnaev will not be indefinitely detained without charges, denied a fair civilian trial, or tortured represents a non-trivial improvement over the previous administration. Advertisement

But in another respect, Obama is clearly following the precedent set by George W. Bush. The administration has apparently decided not to read Tsarnaev his Miranda rights, a decision ominously praised by the Republican statement as "sound and in our national-security interests." The basis for the president's decision appears to be the "emergency public safety" exception to the Miranda rule, which may well have justified Tsarnaev not being read his rights immediately after capture. In New York v. Quarles, the Supreme Court allowed the police to ask an identified rapist who had used a gun and had an empty shoulder holder the whereabouts of his weapon without reading him his Miranda rights. This exception was narrowly confined to immediate threats to public safety. If the authorities wanted to ask Tsarnaev whether there were any live bombs still remaining in the Boston area before reading him his rights, this would plausibly be permitted under Quarles. But to question him for two days about plots that may or may not exist and about which he may or may not know anything about quite clearly would not.

To permit the questioning of Tsarnaev for 48 hours before reading him his rights would not so much fall under the existing emergency exception to Miranda as constitute a new exception for the purposes of national security - one that would swallow the Miranda rule whenever the state is dealing with someone who could plausibly be labeled a "terrorist." To accept this would be a step toward creating the legal "chaos" that Thurgood Marshall warned about in his Quarles dissent. Why should domestic "terrorists" in custody on American soil be subject to different rules? How is a "terrorist" defined? Could this logically apply to other suspects who pose an ongoing danger to society as well?

Aside from creating a new exception to the rule, there is another way the government could do an end run around Miranda. As Orin Kerr at The Volokh Conspiracy notes, Miranda does not bar coercive interrogations per se; it just says that any information obtained from them (including any interrogation where a suspect in custody has not been informed of his or her rights) is inadmissible in court. Because there would seem to be enough independent evidence to convict Tsarnaev even without a confession, the government could just interrogate him and exclude his statements to investigators from the evidence at trial, thereby avoiding testing a new Miranda exception.

To apply Miranda in this narrowly technical manner, however, would be wrong. The Fifth Amendment's prohibition against compelled self-incrimination and the Miranda rule designed to enforce it are not just random legal technicalities; they reflect a commitment to the principle that coercive interrogations are wrong. In a high-profile case such as this, demonstrating a commitment to the underlying principles of the Fifth Amendment - which require even those suspected of horrible crimes to be treated with basic dignity, including being informed of their rights like any other criminal suspect would be - is particularly important. There is no reason to believe that an interrogation conducted with respect for the defendant's rights is less effective than an interrogation conducted without the Miranda warning.

Creating a precedent where people labeled "terrorists" are not entitled to the same treatment as other criminal suspects is particularly dangerous because it reflects the Bush administration's belief that there's a zero-sum tradeoff between civil liberties and public safety where terrorist acts are concerned. As Slate's Emily Bazelon explains, this is generally a false choice. Among other things, information obtained in coerced interrogations tends to be unreliable (which is one reason the framers included a prohibition on compelled self-incrimination). There is no reason to believe that an interrogation conducted with respect for the defendant's rights is less effective than an interrogation conducted without the Miranda warning. It's hard to imagine that Tsarnaev, an American citizen who has presumably seen a police procedural before, would be willing to provide two day's worth of valuable information without the Miranda warnings but would refuse to say anything if informed of them.

To illustrate the last point, consider the case of another terrorist who killed and was captured in the United States. In 2009, Scott Roeder culminated a long campaign of harassment and violence against abortion provider Dr. George Tiller and his Wichita, Kansas, clinic by murdering the doctor. Roeder was part of a movement that has committed many more acts of violence on American soil in the last 30 years than Islamic terrorists. But Roeder was read his Miranda rights in a timely manner and then given a fair trial in front of a jury of his peers. This is how it should be, and Tsarnaev should be treated in the same way. There's no reason that acts of "terrorist" violence cannot be appropriately dealt with while adhering to both the letter and spirit of the Bill of Rights.

[Scott Lemieux is an assistant professor of political science at the College of Saint Rose. He contributes to the blogs Lawyers, Guns, and Money and Vox Pop]