The Campaign for America’s Future is joining 100 other organizations in delivering a message to Senate Majority Leader Harry Reid and his Republican counterpart, Mitch McConnell: Enough is enough. End the obstruction. Stop the constant abuse of the filibuster. 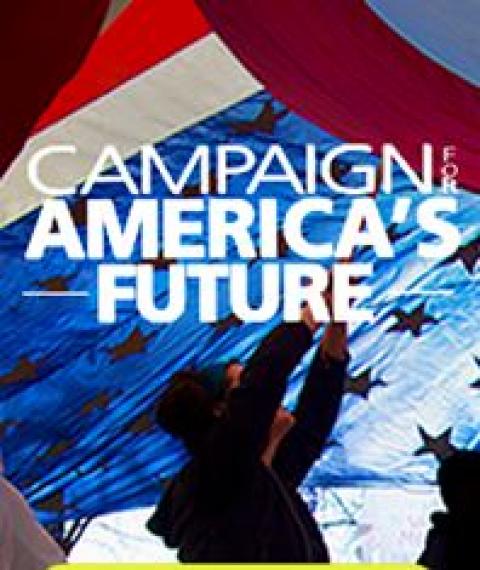 Today, the Campaign for America’s Future is joining 100 other organizations in delivering a message to Senate Majority Leader Harry Reid and his Republican counterpart, Mitch McConnell: Enough is enough. End the obstruction. Stop the constant abuse of the filibuster.

The group Fix the Senate Now is collecting signatures on a petition that it plans to take to Capitol Hill. (Sign here.) The petition declares that “the compromise on rules reform that Senate Majority Leader Harry Reid and Senate Minority Leader Mitch McConnell agreed to at the start of this Congress is clearly not working. We still do not have a functioning Senate that passes legislation and confirms nominations in a timely manner.”

This time was supposed to be different, but so far it isn’t. We’re four months into the 113th Congress, and already there have been 10 motions to end filibusters, with only 5 succeeding. That’s more than motions than were needed to file in any of the entire two-year Senate sessions between 1917 and 1970.

The talking filibuster that we saw in March when Sen. Rand Paul, R-Ky., took to the floor to filibuster the nomination of John Brennan as CIA director remains the exception. More routine is the silent filibuster, when a member can block legislation and it just slips discreetly into limbo. Objecting members do not have to stand on the Senate floor and justify their objection.

The country saw once again how conservative obstruction has broken the Senate when the body could not even agree to debate the merits of gun control legislation. As Richard Eskow pointed out in a post earlier this week, the Senate did not technically vote against gun control legislation. A minority used its power to keep the Senate from even putting the legislation up for debate. So routine has this become that news stories often refer to a measure “not receiving the 60 votes needed for passage,” when every 6th-grade civics student learns that in a 100-member Senate, you only need 51 votes to pass a bill. But you need 60 votes in today’s Republican-obstructed Congress to agree that a bill gets a chance to be voted on.

The consequences are sweeping, as noted in an email message by the Fix the Senate Now group. “Our federal court system is in crisis because judges cannot be appointed. Agencies that safeguard workers rights, ensure the safety of our air and water and make sure that banks don’t mislead consumers cannot function effectively because key leaders can’t be confirmed.”

Also on the casualty list: Several measures designed to help stimulate the economy and create jobs. Today’s anemic economic growth and recession-level unemployment rates are in part due to Senate paralysis.

Reid needs to find a way to do what he could have done more easily at the beginning of the session: Insist on a talking filibuster in which members have to physically hold the floor in order to block a bill, and insist on strict time limits on debates of motions to proceed and executive and non-Supreme Court judicial nominations.

For years now, Senate right-wingers have turned a feature intended to protect minority rights into an instrument of minority tyranny. It is time to end the tyranny and fix the Senate. If you agree, support this petition.