Not only is this narrative mistaken, but by indulging in it, we are missing a huge opportunity to learn the lessons that Denmark might offer us 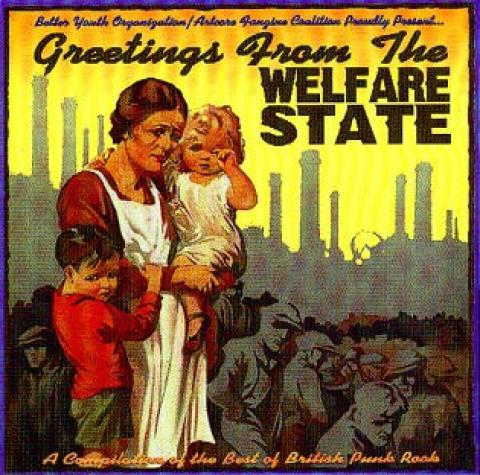 May 7, 2013 — In the summer of 2011, I travelled to Denmark, where my reporting resulted in a series of articles about the Danish welfare state and political system. Like most American visitors, I was struck by the high level of social solidarity and broad support for the country’s free education and health care systems, robust safety net, and, yes — high taxes. I spoke with business leaders; I spoke with conservative politicians. Nobody seemed to think that it would be a good idea to abandon the Danish model for a U.S.-style system.

So I was surprised to read recently — in a front-page New York Times article called “Danes Rethink a Welfare State Ample to a Fault,” by Suzanne Daley — that the Danish welfare state is slated for the scrapheap.

The Times article focused on a media frenzy in Denmark that erupted from a right-wing politician’s visit to a single mother named Carina who had been living on social assistance since she was 16 and received about $2,700 a month:

In past years, Danes might have shrugged off the case, finding Carina more pitiable than anything else. But even before her story was in the headlines 16 months ago, they were deeply engaged in a debate about whether their beloved welfare state, perhaps Europe’s most generous, had become too rich, undermining the country’s work ethic. Carina helped tip the scales.

That Danes had concluded that their “beloved welfare state” has become “too rich” would certainly be big news, so I decided to check in with some of my Danish contacts. Most of them agreed that it had elements of a gripping story; the only problem, they said, is that it isn’t true.

Rumors of the death of the Danish welfare state have been greatly exaggerated.

“I can assure you, the Danish welfare state is alive and well, it has wide public support, and it isn’t going anywhere,” said Ove Kaj Pedersen, a professor at the Copenhagen Business School. “Every so often you will see a story like this about how it is collapsing. Usually they are based on a kind of cartoon version of the welfare state in Denmark.”

That isn’t to say that there haven’t been some legislative changes since the financial crisis, and that some of them haven’t been significant. In 2011, the duration for which Danes are eligible to receive unemployment benefits was lowered to two years from four years — it remains the longest period in the world — and an agreement was made to raise the retirement age in 2027 to 67, and index it thereafter to life expectancy (this is perhaps the most significant reform and is discussed further in our Story Repair).

More recently, the current government reduced the length of time that Danes can receive a “student allowance” — a monthly living stipend given to all higher education students in Denmark — from six years to five years. They also reduced the social assistance benefit for Danes under 30 without a college degree to the level of the student allowance, in an effort to incentivize recipients to get a degree.

But according to Kaj Pedersen and several other experts inside and outside of Denmark, those reforms do not herald the end of the welfare state, nor do they represent a departure from the country’s social democratic model.

As I show in more detail in my Story Repair of the New York Times article, the reforms are actually completely consistent with the Danish welfare state model, in which the government plays a large role in making sure that people are educated and working in high-skill jobs.

“The driving idea behind all of these reforms is to get people educated and working in high-skill, high-wage jobs as quickly as possible,” said Lisbeth Pedersen, an economist at the Danish National Centre for Social Research. “The Danish model has always been about providing a generous level of social support, but also making sure that people are working in good jobs and paying taxes to sustain it.”

“The Danish model has always been about providing a generous level of social support, but also making sure that people are working in good jobs and paying taxes to sustain it.”
— Lisbeth Pedersen,
Danish National Centre for Social Research

To support the apparently predetermined narrative of the welfare state’s decline, the Times reporter had to resort to several gross distortions and outright falsehoods.

First, the article implied that Denmark is facing serious demographic challenges that make the current level of benefits unsustainable. “Denmark’s long-term outlook is troubling,” we are told, and “few experts here believe that Denmark can long afford the current perks.”

None of these “experts” were identified, however, which is probably because they are very difficult to find. The experts with whom I spoke all refuted these assertions on the basis of two primary facts.

“It would be easy to argue that Denmark is actually the country that is the best prepared for the coming demographic changes,” said Lars Andersen, the director of the Economic Council of the Labour Movement, a union-affiliated think tank in Copenhagen.

The Times article then proceeded to argue that the problem in Denmark is that, because so many people are on welfare, there are not enough people working to sustain the welfare state. While it’s true that the aim of many of the recent reforms is to get as many people as possible into the workforce, there is also broad agreement that Denmark does not face any crisis on account of the proportion of people who are not working.

“I can assure you, the Danish welfare state is alive and well, it has wide public support, and it isn’t going anywhere.” — Ove Kaj Pedersen, Copenhagen Business School

According to Dean Baker, economist and the co-director of the Center for Economic and Policy Research, a think tank in Washington, D.C., Denmark actually has one of the highest employment-to-population ratios in the world, significantly higher than that of the United States.

However, we are told, comparisons to other countries “are misleading, since many Danes work short hours and enjoy perks like long vacations and lengthy paid maternity leaves, not to mention a de facto minimum wage approaching $20 an hour.”

But, according to Baker and other economists, the fact that Danes work shorter hours is simply a reflection of a choice they have made to take more of their compensation in leisure time than in wages. “There’s nothing scary about that,” Baker said. “In the U.S. we have higher incomes and in Denmark they have longer vacations. That doesn’t have any bearing on the sustainability of the welfare state.”

Finally, the article implies that a new consensus has emerged in Denmark about the unsustainability of the welfare state. In fact, even the modest recent changes to the social assistance and student allowance systems have produced a significant backlash. The two main governing parties — the Social Democrats and the Socialist People’s Party — have seen a dramatic 20-point drop in the polls, while the two parties that have staked out positions against the cuts have seen a 10-point spike.

All of those facts put quite a dent in the Time’s big story. According to Kaj Pedersen of the Copenhagen Business School, the temptation to imagine the decline of the welfare state reflects a general discomfort with the idea that an economy can simultaneously be competitive and provide high levels of economic security and low levels of inequality. “It defies American logic,” he said.

Not only is this narrative mistaken, but by indulging in it, we are missing a huge opportunity to learn the lessons that Denmark might offer us.