Senator Barbara Mikulski of Maryland actually went and released a statement apologizing for allowing the Monsanto Protection Act through and vowing to fight against GMOs and Monsanto. 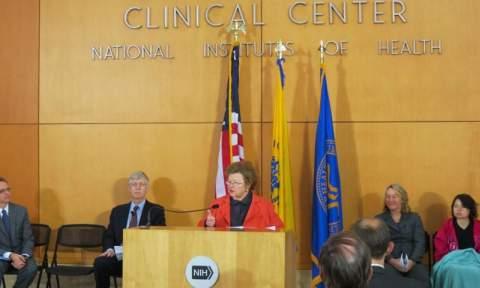 The so-called Monsanto Protection Act signed into law earlier this year caused such an outrage that people around the world are planning to protest the biotech company later this month. Now a United States Senator is expected to try and repeal that law after mounting pressure.

The notorious ‘Monsanto Protection Act’ rider stuffed into the non-related Senate spending bill may soon be repealed thanks to the massive amounts of activism and outrage that have now amounted into a legislative charge towards action. Action that has turned into legislation progress through Senator Jeff Merkley of Oregon, who has announced an amendment that would remove Section 735 (the Monsanto Protection Act as its known) from the Consolidated and Further Continuing Appropriations Act of 2013 Senate spending bill.

The rider, which almost managed to slip incognito and pass by the alarm system of the alternative media, grants GMO juggernaut Monsanto full immunity from federal courts in the event that one of its genetically modified creations is found to be causing damage to health or the environment. Essentially, it grants Monsanto power over the United States federal government. Thankfully, I was able to get on the subject through news tips and covered the Monsanto Protection Act all the way up until the bill containing it was signed into law by Obama.

Join NationofChange today by making a generous tax-deductible contribution and take a stand against the status quo.

Ultimately, as the Monsanto Protection Act became more a hot issue, we had an increasing amount of publicity — but the Senate vote came just too quickly for the attention to put a halt on the rider. But even after its passing, sources like Russia Today, NaturalNews, Infowars, and myself here at NaturalSociety were sounding the alarm big time. Enough so that it even led to an apology from the top Senator who actually ended up approving the bill containing the rider.

Senator Barbara Mikulski of Maryland actually went and released a statement apologizing for allowing the Monsanto Protection Act through and vowing to fight against GMOs and Monsanto. Ultimately, multiple Senators had entered damage control after the jig was up. That is besides Senator Roy Blunt from Missouri, who actually worked with Monsanto (as in he let them write it while he received funding) on the Monsanto Protection Act rider. A rider he says is perfectly reasonable. After all, why not give Monsanto full immunity from the legal system the rest of us are subject to?

Even Obama was getting blasted on his Facebook page following the approval of the Monsanto Protection Act, with the majority of comments coming into his page criticizing his signature on the bill that contained the rider.

Thanks to this activism, it looks like the Monsanto Protection Act may soon be repealed after this new bill hits Washington. This time, we will have plenty of time to let the Senators know that they are voting against the public if they choose to side with Monsanto. And with such a specific agenda for this bill, I see it doing well in the Senate.