The Senate unanimously agreed to ban certain ex-convicts from receiving food assistance for life. Under this amendment, anyone convicted for a violent crime or sexual assault will be shut out of the program for life, even if they served their time or committed the crime long ago. 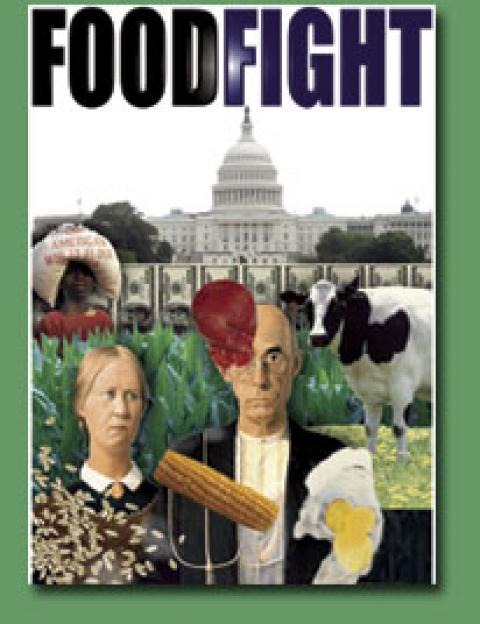 During Wednesday’s debate on the Farm Bill, the Senate unanimously agreed to ban certain ex-convicts from receiving food assistance for life. Sen. David Vitter (R-LA) claimed his amendment would prevent “murderers, rapists, and pedophiles” from ever receiving food stamps through the Supplemental Nutrition Assistance Program (SNAP). Under this amendment, anyone convicted for a violent crime or sexual assault will be shut out of the program for life, even if they served their time or committed the crime long ago. Their families will also suffer, as their share of SNAP benefits will exclude the convicted family member.

As Robert Greenstein of the Center on Budget and Policy Priorities notes, these sentences have historically been handed down to more minorities than white offenders:

Given incarceration patterns in the United States, the amendment would have a skewed racial impact. Poor elderly African Americans convicted of a single crime decades ago by segregated Southern juries would be among those hit. The amendment essentially says that rehabilitation doesn’t matter and violates basic norms of criminal justice.

Ex-offenders already struggle to reintegrate into a society that saddles them with debt in prison and then severely restricts their job opportunities. All but nine states do not have legislation to prohibit employers from asking about criminal records before reviewing their resume, leading to rampant employment discrimination. Ex-convicts are also shut out of housing aid and TANF cash assistance, leaving them with few options to turn their lives around.

While Vitter’s amendment targets specific violent crimes, people convicted of drug felonies have been permanently barred from SNAP since 1996 unless their states expressly opted out of the ban. A recent study found that the food stamp ban has actually pushed young mothers into prostitution in order to feed their families, increasing the risk of HIV infection. More than 90 percent of the people in the study had been worried at one point or another how they were going to feed themselves and their families. Unsurprisingly, recidivism rates are sky-high in many states that withhold food aid from ex-offenders.

Besides the concrete implications for ex-convicts, Vitter’s amendment furthers Republican efforts to criminalize low-income people who need food and welfare assistance. Many GOP-dominated legislatures have passed laws requiring mandatory drug tests for welfare recipients, even as those tests indicate recipients are actually less likely to do drugs than the general public. Even the Obama administration has played into this myth with an aggressive initiative to crack down on SNAP fraud, despite the fact that such fraud has dramatically dropped to historic lows.

Vitter’s amendment won’t be the last effort to criminalize SNAP recipients packed into the Farm Bill. On Thursday, Sen. Jeff Sessions (R-AL) reintroduced his amendment to require every member of households receiving SNAP show a birth certificate or passport. If one member cannot produce the required documents, the whole family would be disqualified.