The USA should have learned from its experiences in Iraq, and later Libya, that fishing in troubled waters can bring with it very profound consequences. 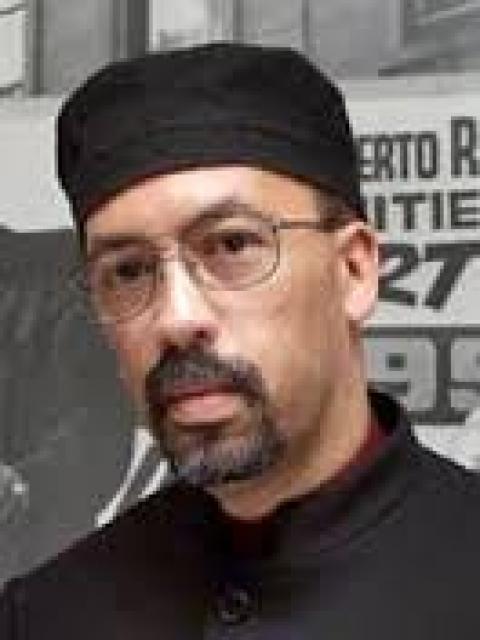 While it is positive that the USA and Russia have been discussing a peaceful resolution to the Syrian civil war, the reality is that this conflict may grow and spread.  Although the US media speaks about this conflict in religious terms, i.e., Sunni vs. Shia, such a description is far too simplistic and does not help us better understand what has been unfolding.

The Syrian civil war started in the context of the so-called Arab Spring.  There was a peaceful pro-democracy rising that had little to do with what sect within Islam someone found one’s self.  It was a rising against a despotic, quasi-monarchy [the regime of President Bashar al-Assad] that made frequent use of progressive—and even anti-imperialist—rhetoric while it was suppressing its citizenry.  The social base for the leadership clique of President Assad was among the Alawites, a Muslim sect related to the Shiites, but it would be incorrect to see the Syrian regime as anything approaching an Alawite theocracy.

The Syrian regime, founded by Bashar’s father, Hafez al-Assad, was not very different from many of the nationalist-military regimes that took power in the Arab World in the 1950s and 1960s.  They were generally anti-imperialist in orientation and aligned themselves with the then Soviet Union.  These regimes tended not to be democratic internally and were intolerant of dissent.  They were not religious in any particular way, though in the case of Syria, the long-standing persecution of the Alawites ended with the assumption of power by Assad.

The Assad regime—both father and now the son—suffered from the same crisis that Egyptian theorist Samir Amin has referenced regarding many efforts in the global South.  These nationalist-populist projects worked to transform and modernize their respective countries, but only so far.  Though aligned with the Soviet Union, and in some cases China, they were not committed to a thorough transformation of their respective states, and certainly not a democratization.  One could also see this in Qaddafi’s Libya, for instance.  The rhetoric of these regimes, however, frequently confused outsiders, leading many progressives in the global North to assume that regimes, such as Assad’s, were on the side of progressive change whereas they were increasingly repressive.

With the collapse of the USSR, Syria found itself in an ever more complicated situation. It retained an alliance with Russia, through which they were supplied advanced weaponry.  They had also constructed an alliance with theocratic Iran against Saddam Hussein’s Iraq in the 1980s, the latter having been a bitter rival of Syria for leadership of the Arab World.

Much as with Saddam Hussein’s regime, ideology drained away from the Assad despotism as time went on, leaving only a regime seeking to retrain power.  It is this regime that was confronted by a pro-democracy movement in the context of the Arab Spring.

It is quite possible that Assad could have come to some sort of compromise with the pro-democracy movement.  The Syrians, having witnessed the Lebanese civil war, had no particular interest in a turn toward armed struggle.  Instead, much like Qaddafi, Assad assumed that he could squash the protest movement, and he attempted to do so quite violently.

Try as they might, the pro-democracy movement, which was never under the leadership of any one organization, found it difficult to retain a commitment to non-violence.  This was especially the case once a new factor entered the picture:  Saudi Arabia and Qatar.  As part of an effort by ultra-conservative Sunni theocracies to both crush a secular nationalist regime plus thwart the alliance between Syria and Iran, Saudi Arabia and Qatar began to supply militaristic elements within the anti-Assad coalition.  As Assad upped the ante through repression, the military option became increasingly acceptable to elements within the anti-Assad coalition.  In time various European countries entered the picture, supporting the anti-Assad coalition and calling for the introduction of military assistance.  The USA was, formally at least, slow to enter the picture, though elements, largely in the Republican Party, have been encouraging direct US military intervention (at a minimum through a no-fly zone).  Ironically, the other force to enter the picture against Assad have been the Sunni jihadists, some of which are associated with Al Qaeda.

On the other side of the equation, Assad, increasingly isolated at home, turned outward for support, including to Iran, Russia, and more recently, the Hezbollah movement in Lebanon (the Shiite movement known for its successful war against Israeli invaders in 2006).   Reports have circulated that both Assad and the anti-Assad forces have used chemical weapons.  Israel, nervous about instability on its northern borders, has launched at least one attack against facilities under the control of Assad allegedly due to the suggestion that weaponry was being transferred to Hezbollah in Lebanon.

Which way is up?

The Obama administration has expressed an increasing amount of pro-interventionist sentiment.  This has included recognizing the anti-Assad forces as the legitimate leaders of Syria, followed by alleged non-lethal assistance to the anti-Assad forces.  Republican Senator John McCain, no surprise, has insisted that the USA should do more, though no one is currently suggesting the deploying of US troops, apparently having learned some lessons from the Iraq debacle.  In either case, the USA is certainly not an honest broker in the conflict and is working covertly to oust the Assad regime.  At the same time, they and Russia are discussing the possibilities of some sort of peace agreement, though Russia continues to arm Assad.

Syria, then, has become something like Spain in its 1936-39 civil war, i.e., a country that is not only carrying out a domestic struggle but has become a focal point for a much larger conflict.  The USA should have learned from its experiences in Iraq, and later Libya, that fishing in troubled waters can bring with it very profound consequences. The relatively sudden collapse of the Qaddafi regime in Libya, for instance, with the direct involvement of NATO, resulted not only in destabilization, but also the flooding of North Africa with advanced weaponry from the Libyan armories.  Right-wing jihadists enjoyed the benefits of the collapse of Qaddafi in ways that were absolutely predictable, but were ignored by US policy makers.  The situation in Syria is Libya…on steroids.

Iran sees itself a target of isolation by both the USA and Europe, but also by the Sunni theocracies in the Arab/Persian Gulf region, and thus continues to support Assad.  Efforts to overthrow Assad are interpreted by the Iranians as efforts to further that isolation.  Russia sees efforts to remove Assad as weakening its own influence in the region, including weakening its ability to have any impact on the final resolution of the Israeli/Palestinian conflict.  The Sunni theocracies, and their jihadists allies (and sometimes shock-troops) see this situation as an excellent opportunity to not only isolate Iran, but to also crush progressive, secular democratic mass movements, which would actually be the net effect of a victory by either side, ironically enough.

The USA needs to pull back; it is already too involved.  To the extent to which it can work with Russia towards a negotiated settlement of the conflict, that would be positive.  But further actions on behalf of the anti-Assad coalition run the risks of additional blowback.

As I have noted elsewhere, interventions in civil wars are very risky propositions.  A foreign intervention into a civil war brings with it the peril that one side wins not because it has a stronger base but because of outside assistance alone.  The result can be a very unstable political arrangement that is entirely dependent on outside forces in order to sustain itself.   Civil wars can be very bloody, and in fact be among the most bloody of conflicts, but they ultimately must be resolved by the people themselves.  Short of actual genocide, e.g., Rwanda, foreign intervention must be restrained and all sides need to be encouraged to get to the negotiating table.

We, in the USA, must not allow ourselves to be whipped into a frenzy whereby we accept, if not encourage, greater US involvement in the Syrian civil war.  To say this does not suggest that I am taking the side of Assad.  To the contrary, Assad must go, but he must go as a result of the actions of the progressive forces within Syria rather than through a coalition more akin to a rogue’s gallery of nefarious forces.

BlackCommentator.com Editorial Board member and Columnist, Bill Fletcher, Jr., is a Senior Scholar with the Institute for Policy Studies, the immediate past president of TransAfricaForum, and the author of “They’re Bankrupting Us” - And Twenty Other Myths about Unions. He is also the co-author of Solidarity Divided: The Crisis in Organized Labor and a New Path toward Social Justice, which examines the crisis of organized labor in the USA