The Chicago Teachers Union is under attack by critics for traveling to Honduras and allegedly focusing on global issues rather than the academic issues facing their district. 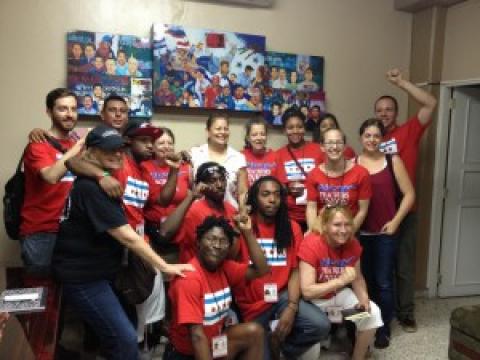 , Honduras Resists
The Chicago Teachers Union is under attack by critics for traveling to Honduras and allegedly focusing on global issues rather than the academic issues facing their district.

For two weeks at the end of June, about 20 teachers and students traveled to Hondurasto meet with their teachers union counterparts from that country, to learn about the “Honduran resistance movement,” and meet with the deposed former president, Mel Zelaya, according to an account posted on Honduras Resists.

The published account states members of the CTU met with Zelaya to exchange ideas “about the struggle for a world where human lives have more value than private profit.”

“Meeting the ex-president was powerful and intriguing. This meeting gave me hope. The president had a thought that not one politician in the U.S. has acknowledged, ‘what can I do to help those who doesn’t [sic] have everything they need?’ It gives me hope but it also puts into perspective the cruelty of the U.S. government. Our system needs to be torn down and rebuilt with the bricks of freedom, peace, humanity and this can be achieved through revolution.” (Emphasis added, KWH Dispatch)

Jackson Potter, a staffer with the CTU, wrote that the group met with Honduran Teachers Union leaders and discussed their common problems.

“[Union leader Oscar] Rescate described the escalating repression of teachers over the last four years. Efforts that include diminishing the pensions that teachers have earned throughout their careers, elimination of legal protections such as automatic dues checkoff (so that the union is guaranteedmembership dues in order to function on a monthly basis), indiscriminate firings, months and years without being paid, and burgeoning class sizes requiring students to sit on the floor,” Potter wrote.

Potter said the sources of these attacks are “international financial institutions.”