Unresponsive power institutions are a bad legacy of the 20th century. And they are the biggest obstacle to improved electricity access for the developing world's poor people -- whether women, children, or men. 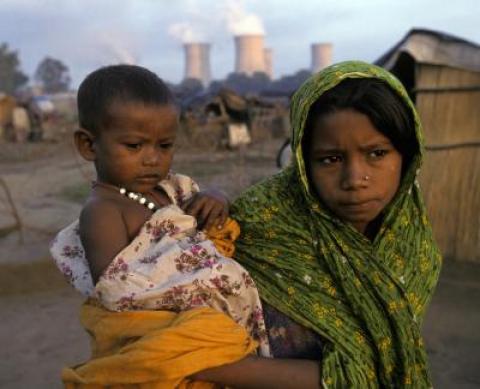 Throughout the developing world, it is typically a woman who "mans" the front lines of energy. It is she who fetches water, often from hours away, carrying it on her back for lack of pumps and pipes; she who processes grains and vegetables several times a day so that her family can eat; and she who toils in the unending drudgery of keeping the household, its children, and its clothing clean. What she wants from energy is straightforward -- she doesn't care about power simulation analyses, arcane optimization models, or tender bid arbitrations. She wants electricity on demand to help her perform her household chores. She wants it at a stable voltage and stable frequency, and at a low cost per kilowatt-hour. She also wants the ability, somewhere close by, to bang on the table of the person who fails to provide these things, just as she might do at the store where she buys her vegetables. (To her, a national utility manager in a distant capital is so unaccountable that he might as well be on the moon.) Put another way, she wants to exert democratic control over the vital energy resources that are critical to her family's everyday well-being.

Electricity, once considered a luxury in the developing world, has become a necessity and a human right. Without electricity, nations and individuals cannot reach their economic potential. Basic life-saving drugs can't be stored at local health facilities. Citizens can't get information about the crucial political decisions made in national capitals or engage their representatives through the Internet or mobile phones. Electricity helps determine the extent to which one exercises one's citizenship and fulfills the obligations it entails.

Expanding electricity access presents challenges, but the biggest challenge is not in my view how to generate electricity to begin with; it is how to democratize it. In the 20th century, many clever methods for generating (and to a certain extent storing) electricity were devised. Electricity can now be obtained not only from burning fossil fuels but also from hydro, tidal, geothermal, solar, biomass, waste, and nuclear sources. To be sure, each of these energy sources has its problems. Use of fossil fuels must be curtailed if global warming is to be contained. Hydropower can carry severe social and environmental consequences and incite deep political passions. Solar power is complicated by the difficulty of adequately storing the energy that is generated and disposing of hazardous battery wastes. Nuclear energy produces radioactive waste. But most if not all of these problems can be overcome in time, even if the solutions will require ingenuity and carry a cost.

That's the good news. The bad news is that the real obstacle to expanding energy access is a debilitating legacy of the past century: Electricity is typically delivered by highly unresponsive institutions. In much of the Global South -- including my own nation of Nepal, which sits on a Himalayan gold mine of hydropower but whose national grid undergoes some 12 hours of power cuts each day -- electricity is delivered by vertically integrated monopolies that exhibit great rigidity and remain insensitive to consumer interests. Such institutions care more about exercising control than delivering service and in the most depraved cases create electricity scarcity so as to maximize control. The prime focus of many of these bodies is new construction, not overall management. Their mindset leads them to ignore the very issues that are meaningful to consumers -- distribution, demand management, and end-use creativity.

Quality of service is often poor. In addition to power cuts, customers face fluctuations in frequency and voltage that reduce the life spans of domestic appliances such as electric pumps and televisions. Technical losses of electricity from inefficient equipment and haphazard expansion of power lines are unacceptably high in much of the Global South, but even worse, electricity is stolen (often in connivance with utility staff) at a scale that would bankrupt any company without state support. Honest consumers pay for these losses through higher charges for service or through higher taxes. As individuals, customers are incapable of challenging the electricity behemoth in whose favor all the cards are stacked.

Successful rural development projects have shown that it is possible to overcome such problems -- as long as vertically integrated monopolies are unbundled into generation, transmission, and distribution entities, the last of these vital to ensuring more responsive democratic oversight at the grassroots level. The unbundled companies hold each other in check. Accountability improves because poor consumers, who are incapable of exercising influence at the generation and transmission levels, find their influence maximized at the distribution level. (This is also why accountability in small-scale electrification projects like microhydro plants is so much better than when electricity is transmitted from distant generation facilities.)

Separating distribution from other elements of the electricity business is an important structural reform that contributes to the democratization of electricity grids. So is assigning to municipalities, village committees, or local cooperatives the bulk of responsibility for managing distribution. Another important reform is holding public hearings when prices are established and plans to expand distribution are made. Only with reforms such as these are the rural poor -- many of them women who run households in the absence of men, who have migrated to find work -- able to demand the improved electricity access that is their right. Only then can they take responsibility for ensuring that electricity reduces their drudgery and improves their lives -- through devices such as refrigerators that prevent prepared food from going to waste, washing machines that save water and eliminate back-breaking labor, and mobile phones that can be used to summon help when children get hurt.

Wherever such reforms have been instituted -- such as in some parts of rural Nepal, where about 200 community associations of electricity users have emerged -- villagers have benefitted from technologies like lift irrigation, which allows double or even triple cropping in commercial agriculture. Electric chaff cutting decreases by half the amount of domestic labor (usually performed by women) that is required for livestock rearing. Internet access allows children to get better educations and small farmers to find out where they can sell their vegetables at the best price.

Unresponsive power institutions are a bad legacy of the 20th century. And they are the biggest obstacle to improved electricity access for the developing world's poor people -- whether women, children, or men.